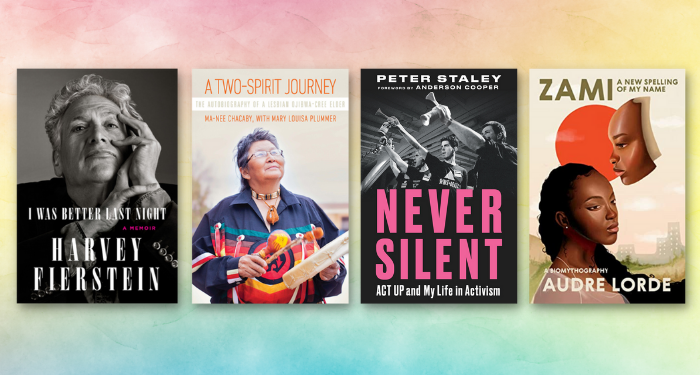 During Pride month, we look back on the people who made the current event possible. A common refrain in recent years is that the first Pride event in the United States was a riot — people are normally referring to the Stonewall Riots in 1969, but they could also be referring to the Compton Cafeteria riot in 1966. When we’re looking to read queer history, memoirs by LGBTQ elders are a great place to start.

Part of the reason we need to look to memoirs for LGBTQ history is that history tends to function by majority rule. People from marginalized community have to fight for recognition because those in power would prefer to ignore the atrocities of the past. Personal accounts are a necessary method of education because queer communities are so often excluded from history books.

Finding books by queer elders also presents challenges because the queer community was ravaged by AIDS in the 1980s. In order to display the loss, the San Francisco men’s chorus staged a photo in 1993 that displayed the immense loss they’d suffered because of the epidemic.

When discussing elders in the context of LGBTQ life, I use it to refer to people over the age of 50. This might seem way too young for an “elder,” but that’s an important facet of queer history. Even before the AIDS crisis and turning point of Stonewall, queer people who dared to live outside the stringent boundaries of heterosexual society were severely punished. Queer people also might have only survived by staying in the closet. The loss the queer community suffered because of the factors like the AIDS crisis and societal exclusion has lowered life expectancy overall, and so what it means to be an elder is a lower threshold. That is why it is so important to read the work of the elders who survived to tell their stories.

When looking for memoirs by LGBTQ elders, you’ll find just as many stories of joy and resistance as loss and grief. It’s important to take everything in stride and remember our history while the world only spins forward. 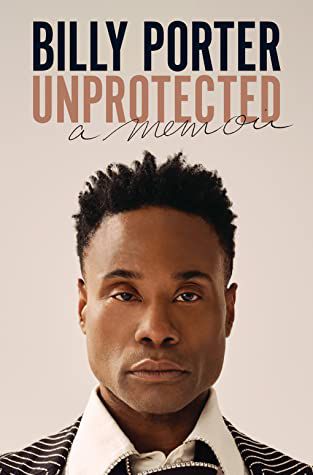 Unprotected: A Memoir by Billy Porter

Billy Porter is a beloved star of stage and screen, but he had a steep climb to his current star status. Porter’s memoir documents his outsider status from a young age, starting from when he was sent to therapy at only 5 years old to become less effeminate. Bullying continued throughout his young life, and he also is extremely open and vulnerable about the loss of countless friends during the AIDS crisis. If you’re a fan of Billy in anything he’s done, this is a great read to understand how he got to where he is. 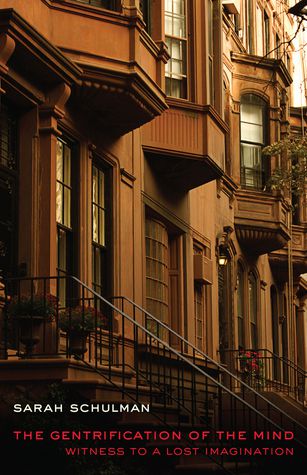 The Gentrification of the Mind: Witness to a Lost Imagination by Sarah Schulman

Before her recent ACT UP oral history, Sarah Schulman wrote a necessary, challenging memoir of going through the AIDS crisis as a queer woman. Never content to tell just one story, she also explains the socio-political reality of queer life before, during, and after the AIDS crisis, and how those who survived restricted queer liberation. Schulman is not one to pull punches when criticizing privilege. Weaving together her own experiences and the history of the AIDS crisis, Schulman mounts a searing critique of the systems that demand we move slowly, assimilate, ask politely for rights — instead of screaming, rioting, and demanding. 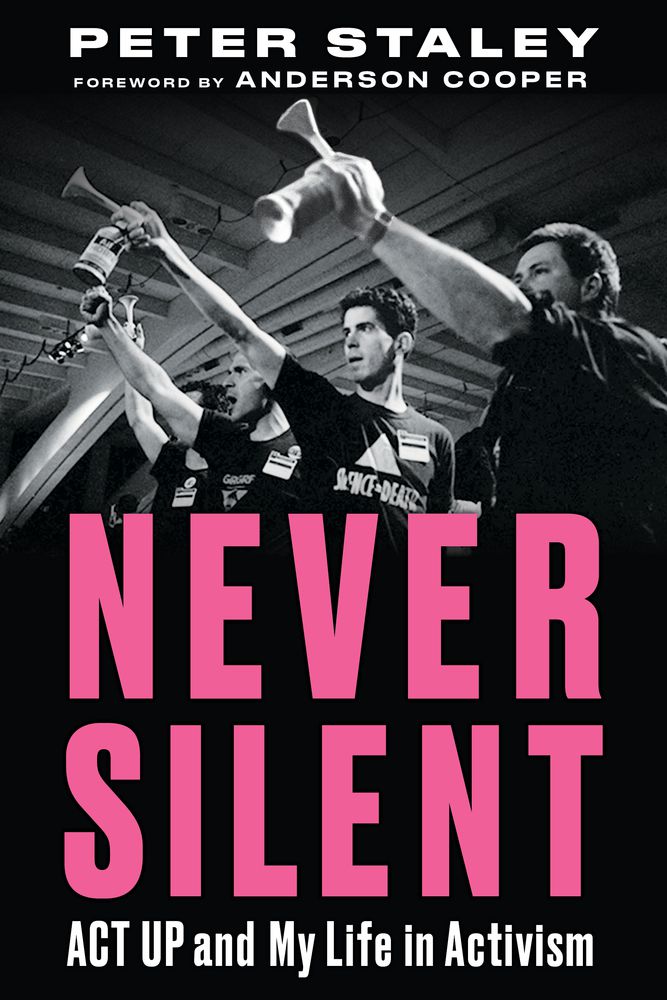 Never Silent: ACT UP and My Life in Activism by Peter Staley

In 1987, Peter Staley was a closeted gay man working on Wall Street who kind of stumbled into AIDS activism. Staley was featured in the book and documentary How to Survive a Plague, and in this book, he gives his personal account of participating in this world-changing activism. Staley was involved in some of ACT UP’s biggest protests, like the condom over Senator Jesse Helms’s home. Staley recounts how ACT UP organized and pushed public health institutions to understand AIDS and treat it like an actual problem instead of just an unfortunate occurrence for gay men. 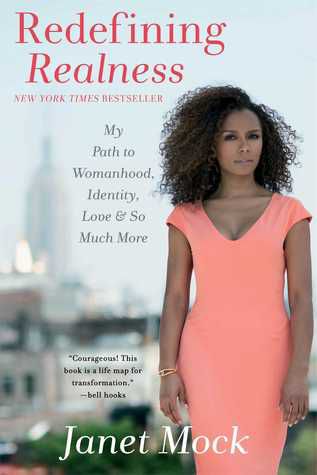 Redefining Realness: My Path to Womanhood, Identity, Love & So Much More by Janet Mock

I have deliberately included Janet Mock on this list, even though she is quite young at age 39, because the life expectancy of Black transgender women in America is 30-35 years old. This is a deeply upsetting number that Mock understands all too well. For over 10 years, Mock has been open about her story and her struggles in order to be the representation she never had while navigating her transition as a teenager. Mock is an important voice in the community because she writes with such clarity and honesty about her struggles and successes. 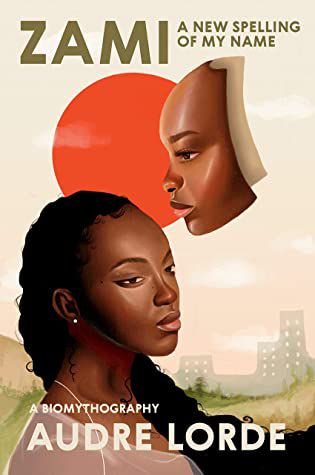 Zami: A New Spelling of My Name: A Biomythography by Audre Lorde

Audre Lorde is one of the most innovative writers in history and would not have been content writing a simple memoir. Lorde chronicles her life in the 1950s in New York City as a queer woman. Her work as a poet is evident in her lyrical prose about being in love and feeling like an outsider. This is a book that demands your attention. Lorde’s invention of the word “biomythography” encourages us to think about ourselves in grander terms than just an A to B story — as a queer woman, this was a radical act. 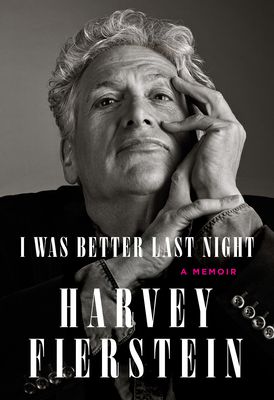 I Was Better Last Night: A Memoir by Harvey Fierstein

If you think of a favorite piece of queer media from the last few decades, Harvey Fierstein was probably involved. Harvey Fierstein was always bound for the stage and tells us how he made his way through the experimental theater scene of downtown New York City to his triumph of Broadway. Fierstein gives us an inside look of the vibrant queer artistic community on the 1970s and ’80s, and his involvement in AIDS activism. He gives us amazing stories about his time in iconic productions like La Cage Aux Folles and The Fiddler on the Roof, with gossip to delight every theater kid. He’s a true icon, and having seen him as Edna Turnblad in Hairspray, I can confirm he is excellent every night. 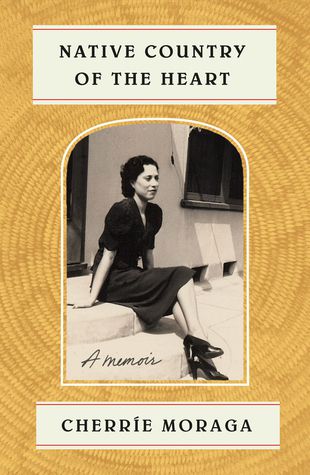 Native Country of the Heart: A Memoir by Cherríe L. Moraga

Cherrìe Moraga is a seminal queer activist, and this book documents her mother’s life as well as her own. In the early 1900s, Cherríe’s mother Elvira Moraga became a cigarette girl in Tijuana, while Cherrìe grew up in Pasadena in the 1950s. Alongside her coming out story in the 1970s, Cherrìe experienced her mother’s declining state because of Alzheimer’s. This is a mother-daughter story, and Cherrìe’s love for her mother was always important alongside her coming out journey. Alongside her mother’s story, Cherrìe reconnects with her roots and gains a stronger understanding of herself and her future. 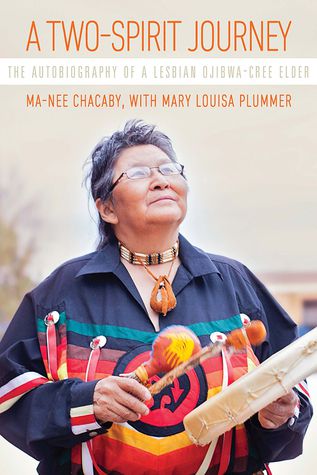 A Two-Spirit Journey: The Autobiography of a Lesbian Ojibwa-Cree Elder by Ma-Nee Chacaby and Mary Louisa Plummer

Growing up in an Ojibwa-Cree community in Ontario, Ma-Nee Chacaby struggled to come to terms with herself in a space where she could barely stop to take a breath. From a young age, Chacaby suffered from abuse, alcoholism, and sexual assault. Despite all of her challenges, Chacaby remains generous in her ability to share a story. She came out as a lesbian and marched in her first pride parade in 2013.

Towards a Queer Future

It’s another common refrain that those who don’t know their history are doomed to repeat it. In the case of queer history, we have to look to our LGBTQ elders for advice on how to fight the oppressive forces that seek to marginalize us.

For further reading, you can dive into queer poetry, books by transgender and genderqueer authors, and queer memoirs to read when you feel alone. We’re lucky to live in a time when there are so many queer stories, and we have to fight for their future like our elders did for us.