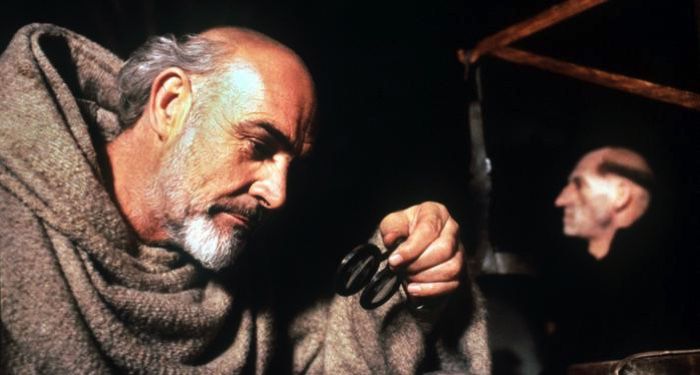 I realized after I accepted this assignment that, while there are a zillion books set in medieval times, almost all of the ones I have read have been medieval mysteries. Okay, my tastes have always skewed toward mysteries my whole life, so that might have something to do with it. But also, there are just really great medieval mystery books.

Of course, like much of medieval literature, almost all of the mysteries are set in Europe and are populated by white characters. So I have included a few books by authors of color that have a medieval feel to them, with kingdoms, and conspiracies, and sword fights.

So sit back and relax while I get medieval on your TBR! 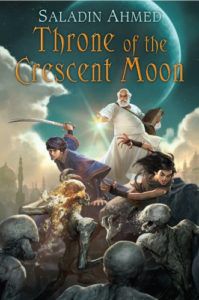 This is the first book in Ahmed’s Arabian Nights–like adventure series based on Arabic mythology.

A series of brutal supernatural murders have shaken the Crescent Moon Kingdoms, a place where djinn, ghuls, warriors, and heretics exist under the power struggle between the Khalif and a mysterious thief called the Falcon Prince. Responsibility for the murders is being pointed in all directions. Three citizens will have to come together and solve the murders before the kingdom is in full-blown rebellion. 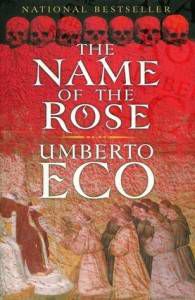 The Name of the Rose By Umberto Eco

Possibly the most famous medieval mystery novel of all time. Brother William of Baskerville arrives at a wealthy Italian abbey in 1327 to investigate claims of heresy. But his mission takes a backseat to a series of bizarre deaths. With a new goal—to solve the killings—Brother William plays detective, collecting evidence, deciphering symbols and codes, and investigating the dark labyrinth of the abbey, in the hopes of stopping more deaths. (I definitely watched the film adaptation of this just for Christian Slater.) 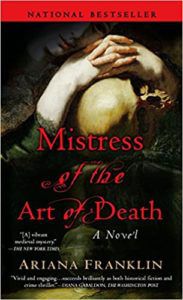 Mistress of the Art of Death by Ariana Franklin

Adelia, a female forensics expert in medieval Cambridge, investigates a series of brutal murders at the request of King Henry II. Her investigation takes to her to some unlikely places, and also puts her directly in the path of danger. Sadly, Franklin died after only writing four books in this wonderful series, but Franklin’s daughter, Samantha Norman, will finish it up with a fifth book, Death and the Maiden, this October. 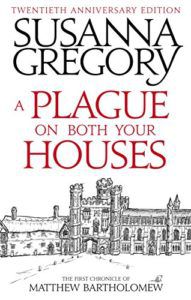 A Plague On Both Your Houses By Susanna Gregory

This is the first of 21 mysteries featuring Matthew Bartholomew, and they are also set in Cambridge, England. In this one, Bartholomew is the Michaelhouse college doctor, and he is worried about the approaching plague. But when he is faced with the sudden death of Master of Michaelhouse, he discovers that not only was it not natural, but someone doesn’t want anyone to look into it. 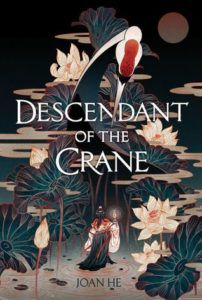 And this is a fantastic YA novel that is part fantasy, part courtroom drama. Princess Hesina of Yan never wanted to sit on the throne, but when the king, her father, dies, she must take over the role. No one but Hesina seems to think he was murdered, and no one seems interested in investigating. So it’s up to Hesina and a brilliant investigator, who is also a convicted criminal, to plead their case in court. 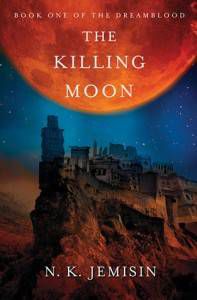 And this is another medieval-ish book, the first in a duology by award-winning author Jemisin. It’s about an ancient city where corruption and murder is running rampant as the disciples of the Dream Priestess use magic to help the slumbering, but someone is taking advantage of that power to sneak into rooms and kill with impunity. Now the most famous of the city’s peacekeepers must solve the conspiracy before more people die. 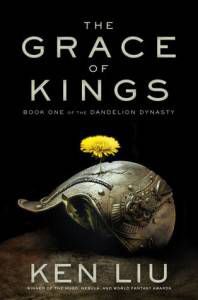 Liu’s fantasy series is based on the Han Dynasty, which was the period right before the medieval era. This is about a bandit and the son of a deposed duke who fight together in an uprising against a tyrannical emperor, and later find themselves on opposite sides of a war. 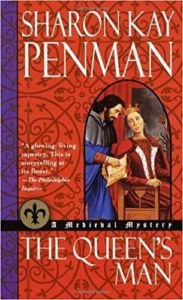 And this series is set in England in the time of Eleanor of Aquitaine, after her son Richard Lionheart has gone missing. Justin de Quincy comes into possession of a blood-stained letter when a dying man he meets on the road presses it upon him and tells him to bring it to the queen. Justin de Quincy’s entrance into the kingdom brings esteem, but also danger, as a murderer remains on the loose. 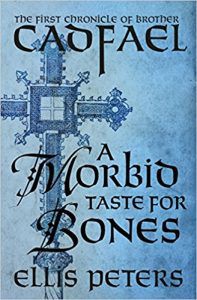 A Morbid Taste for Bones By Ellis Peters

Another of the most famous medieval mysteries, this one a 21-book series that spawned a beloved television show. Brother Cadfael is a Welsh Benedictine monk living at Shrewsbury Abbey in western England. A group of monks are hoping to retrieve the remains of a saint and bring them back to the abbey. But when the lead opponent to the plan is shot dead, Brother Cadfael has a plan to find the killer. 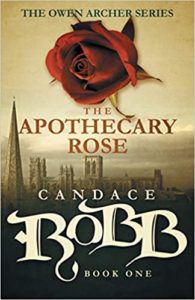 The Apothecary Rose By Candace Robb

When two men die of suspected poisoning in the infirmary at St. Mary’s Abbey in 1363, the Archbishop of York sends the spy Owen Archer to York to find the murderer. The suspect is the pharmacist, but when Archer arrives, he finds the pharmacist ill and his beautiful wife in charge of the medicines. As Archer looks further into the poisonings, he comes to realize that the woman he is falling for might also be the murderer he must arrest.