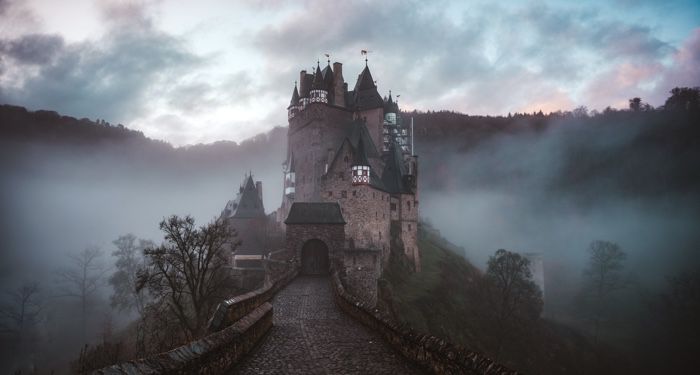 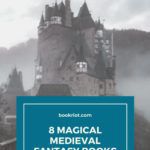 Biking to the library with my little brother became one of my favorite high school summer pastimes, and I most often checked out medieval fantasy books. Yes, one summer I did veer into a vampire romance book phase, but I always returned to my favorite medieval fantasies. Spanning roughly 500–1500 CE, the medieval era, or Middles Ages, abounds in intriguing customs, lifestyles, and legends. I liked escaping my ordinary world to explore castles, embark on quests, and save princes from evil fairy queens. If you’d like to set off on a medieval fantasy adventure, perhaps one of these books will become your Excalibur. 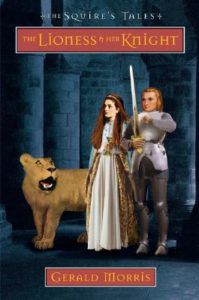 The Lioness and Her Knight by Gerald Morris

So, yes, teenage me did always carefully remove the cover flap off this one after checking it out from the library. However, don’t let the cover dissuade you from a truly hilarious medieval fantasy book set in Arthurian times. I think the real camaraderie and banter between characters kept drawing me back to this one. Luneta, daughter of one of King Arthur’s knights, finds her peaceful life at home growing dull (quite relatable to us social distancers). When an invitation to stay at a friend’s castle arrives, she happily accepts. Sir Ywain, her newly knighted cousin, and Rhience, a fool with some Weasley twin level humor, join her on her travels. As with any good Arthurian quest, the gang soon gets caught up in more adventure than they bargained for, including some run-in’s with legendary sorceress Morgan le Fay. 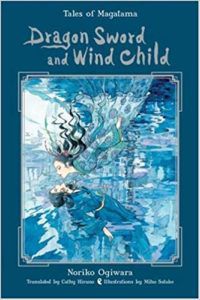 Inspired by the Kojiki, Japanese Creation mythology written in medieval times Japan, Dragon Sword and Wind Child tells the tale of Saya, a young girl living in Toyoashihara. For generations, the Goddess of Night and the God of Light have been at war. Saya has always lived on the fringes of the conflict as a follower of the God of Light. However, after learning she is the Water Maiden, a reincarnated Dark princess, Saya gets thrust into the war’s center. Only the Water Maiden can awaken the Dragon Sword and end the war. Summoned to court to serve a son of the God of Light, Saya gets ensnared in the politics between both sides of Light and Dark. 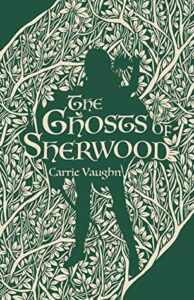 The Ghosts of Sherwood by Carrie Vaughn (expected publication June 9, 2020)

Ever crave a sequel to the beloved medieval legend of Robin Hood? Delve into Carrie Vaughn’s new fantastical spin on this famous medieval story in The Ghost of Sherwood. Now married, Robin and Marian have settled down into comfortable adulting lifestyles as parents to some endearing adolescents. A tentative truce has formed after Robin pledged loyalty to King John for protection of his family and the people still depending on him. Things get shaken up pretty quickly, however, after the mysterious abduction of the Locksley children. As they begin their search, Robin and Marian may need some otherworldly help from the ghosts of Sherwood. Through the eyes of Marian and her daughter, Vaughn places a feminist lens over the traditional tale and charmingly develops old and new characters. 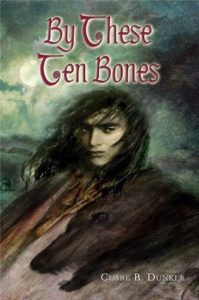 By These Ten Bones by Clare B. Dunkle

Taking place in the late 1500s Scottish Highlands, By These Ten Bones makes for a chilling medieval fantasy. Maddie, daughter of the village weaver, finds herself curiously drawn to the gifted young carver new in town. Something seems off about the carver and his shadow, though. As villagers start dying, the town’s superstitions turn against him. Nurturing budding feelings for her soft-spoken carver, Maddie seeks to get to the bottom of the malevolent mystery. I highly recommend this one for fans of werewolf romances or spooky medieval stories. If you enjoy it, check out Dunkle’s Hollow Kingdom trilogy, which features lots of good fun with goblins and elves. 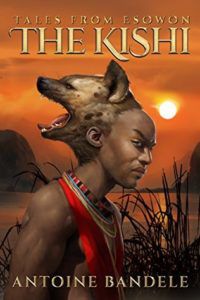 The Kishi (Tales from Esowon #1) by Antoine Bandele

Looking for a change of pace from the typical European medieval settings? The Kishi, an African fantasy similar to By These Ten Bones, comes recommended for fans of medieval fantasies like The Lord of the Rings and Dungeons and Dragons. Rooted in Angola folklore, Kishis, shape-shifting demons much like werewolves coax women to their deaths. When a woman mysteriously perishes at a wedding in Bajok, villagers blame the monk Amana. This spurs Amana’s quest to clear his name and save the village. 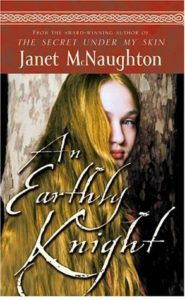 An Earthly Knight by Janet McNaughton

Set in 1162 medieval Scotland, An Earthly Knight retells one of my favorite legends, the Scottish ballad Tam Lin. Fairy stories within medieval fantasy books are my thing, and this one enchanted me right away. After Jenny’s sister runs off with a shifty suitor, Jenny must don the responsibilities of eldest daughter. Playing matchmaker, Jenny’s Norman nobleman father arranges for her to become a candidate bride to the King of Scotland’s brother. In between worrying about her sister and meeting her prospective husband, Jenny befriends a mysterious young man in the forest named Tam Lin. Rumors associate Tam Lin with the fairies, and Jenny soon gets drawn into a web of very unearthly adventures. 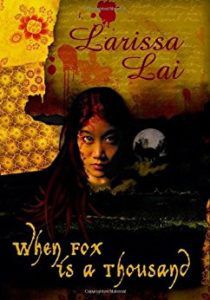 When Fox is A Thousand by Larissa Lai

Want a taste of the medieval past paired with the present and a dash of magical realism? Check out Larissa Lai’s When Fox is A Thousand. Lai skillfully rotates between three narrators: a shape-shifting fox nearing her 1000th birthday (impressive), a poetess from 9th century China, and an Asian American woman in modern Vancouver. Steeped in Chinese mythology, the novel explores queer woman romances in both medieval China and present day Vancouver. Lai’s lyrical writing style and reflections on relationships makes for a poignant and thoughtful medieval fantasy book. 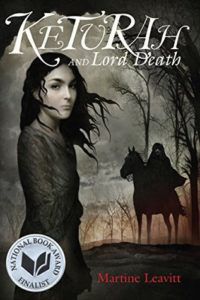 Resourceful heroine Keturah resides in a village in the country of Angleland. After researching Angleland, I learned the Angles tribe came to Britain around 450 CE. Along with a few other tribes, they remained in power until defeated by William the Conqueror in 1066. Given this context, Keturah lived in the thick of medieval times England. This medieval fantasy book opens with Keturah lost in the forest and on the brink of death. Death rides up to her in the form of Lord Death, who has come to take her away. Quick-thinking Keturah talks her way out of this by impressing Lord Death with her storytelling. Striking a deal, Keturah has only one day to find her true love, or Lord Death can claim her life. I like how Lord Death isn’t sinister in this story, but rather somber, pensive, witty, and best of all, handsome.

Along with medieval fantasy books, want to dive further into medieval times literature? Check out these medieval historical fiction books! Hangry for a medieval feast while self-quarantining? Dabble in some medieval cooking with these cookbooks!