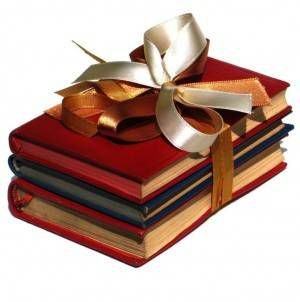 In this giveaway, we asked you to submit the story of the most meaningful book you’ve ever given someone as a gift. We’ve narrowed the field down to three finalists, each of whom win copies of The Martian by Andy Weir and Bonita Avenue by Peter Buwalda. Now it’s time for you to vote on your favorite! The winner will receive a pack of 10 books from the folks at Read It Forward! Voting will end 11:59PM EST, Tuesday, January 20th. Vote here!

Growing up, I was an avid reader. My older brothers, two people who have always had more of an affinity for numbers, hated reading and thought I was crazy for loving books as much as I do. When it came to my oldest brother (almost 10 years older than me), I accepted that. But the other one, Zach, and I were much closer in age and much closer as friends, and I wanted him to understand. He was, and still is, the smartest person I know, so I couldn’t understand why he didn’t like reading. But no matter what book I bought him, it ended up collecting dust on a shelf.

After failing his first year in college, Zach became lost, and I had to watch him float through life without any idea of what his purpose should be. He was unemployed for a time, and couch-hopped from his friend’s house, to our parents’ house, and finally to my house. In the first year we lived under the same roof, I gave him a book. Carl Sagan’sCosmos. He was always watching the Discovery and History channels, and seemed interested in space (at least in a sci-fi sense) so I thought he might actually give it a try. Much to my surprise, he devoured it with a voracity I didn’t know he had. So I bought him more books in the same vein, and he devoured them too with the same enthusiasm.

Now, several years later, I cannot express the extent of pride I have for what my brother is doing with his life. He is on his way to obtaining a degree in astrophysics (which is mind-blowing to someone like me who can’t math). He’s found a love for reading, still only nonfiction, and mostly books about space, physics, or his hero, Einstein. He has dreams of working on the large hadron collider, and I have no doubt he will! I believe my brother will one day make amazing discoveries. I can’t say whether or not I, or Mr. Sagan, were the ones who lit the spark that started his new life journey, but I like to think that book might have given him a little push in the right direction. At the very least, he’s discovered that books can be one of the best joys in life, and that’s worth enough on its own.

Vote for this finalist here!