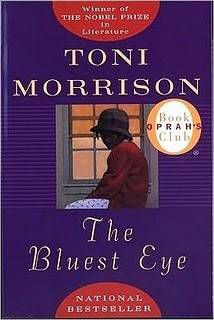 Principal Duvall has just about had it with the students and faculty of North Shore High. Everything has gone full-tilt jungle madness since the Burn Book got out. Teachers have been accused of selling drugs and having inappropriate relationships with students. Girls are attacking each other left and right.He did not leave the south side for THIS.

Duvall corrals everyone into the gym while he decides what do with everyone. He announces that he’s not going to cancel the Spring Fling (they’ve already paid the DJ), but he does have another idea in mind. He’s going to keep everyone at school until 4 and make everyone read comics. What he thinks is a punishment, turns out to be the opposite. Turns out, everybody at North Shore High LOVES comics!

Here’s what some of the students (and a teacher) picked out:

Cady hasn’t quite felt like herself lately. She’s had a rough time trying to adjust at her new school. But finding friends at North Shore has been difficult. She was willing to do just about anything to fit in. Failing math class, gossiping with plastics, public high school, america… this just isn’t her.

After browsing through the massive library, she decided that if she wants to find herself, she needs to go back to her roots, so she picked out Storm. Cady’s always been a diehard X-Men fan and a solo book about Storm returning to her homeland in Africa sounded perfect to her.

She threw on some Ladysmith Black Mambazo, cracked the book, and was instantly brought back to a simpler time in her life. A time before she felt like a warthog carcass that was being fought over by two lions.

Janis Ian is an art student. Of course she’s into comics! That school map she drew? Total R. Crumb worship. The painting of her with Damian and Cady? Her attempts to mimic Sienkiewicz. It didn’t go as planned, but she still won an award anyway.

Janis went right past all that superhero “junk” and straight to an old favorite, Ghost World. Not only is the art in Ghost World amazing, this is Janis’ “go to” coming of age comic. To her, nothing beats a great piece of art that is fueled by strong female characters, rather than the male figures that usually dominate the medium.

Being Janis’ best friend, Damian would say that he dabbles in comics. Janis ALWAYS lets Damian borrow comics from her collection, but Damian rarely has the chance to read them because of his dedication to student council activities. (They’re a big deal to him) But whenever he’s sitting at home and nana gets drunk and takes off her wig, he knows its comic book time.

Janis knew that Damian’s one gripe with comics is that he can rarely find characters he can completely identify with. He’s out. So he doesn’t understand why comic book characters can’t be out as well. This is why Janis handed Damian a copy of the latest Young Avengers run. A comic about a superhero team featuring MULTIPLE LGBTQ characters (who are NOT too gay to function)!? This is better than getting more candy canes than Glen Coco!

Regina recently had a falling out with her friends. Cady stole her boyfriend, Aaron Samuels. She keeps gaining weight because Cady tricked her into eating Kalteen bars. Gretchen and Karen wouldn’t even let her sit at the lunch table because of what she was wearing.

All of this made Regina angry. You wouldn’t like Regina when she’s angry. She needed a revenge story and that’s why she picked up World War Hulk. REGINA SMASH!

Regina might be Gretchen’s best friend and mentor, but she’s just about had it with her. Regina told her that she wasn’t allowed to read comics, because comics were *her* thing. And then, for Hanukah her parents got her a really fancy hardback edition of Maus but she had to pretend that she didn’t even like it. It was so sad.

Gretchen might not buy a skirt without asking her friends if it looks good on her first, but her comic selection is something she keeps to herself. She decided it’s time to overthrow Regina George’s rule, and she found her inspiration in V for Vendetta. October 3rd holds no significance for Gretchen, the 5th of November is the day she is truly waiting for.

Karen always knew she was different than the other students at North Shore High. She just didn’t know how. She may be failing almost every class, but she has other… talents. She can fit her whole fist in her mouth, she has a fifth sense, she has ESPN, and her breasts can tell when its raining.

The second she picked up X-Men, she finally figured it out. She’s a mutant! Karen’s just confused as to how she’s supposed to find Xavier’s School For Gifted Youngsters. What kind of school doesn’t put it’s address on the pamphlet!?

Senior year has been a blur for Aaron. All he cares about is school, his mom and his friends. He’s been busying trying to improve his resume for his college applications by being a math tutor and practicing for the swim team. Unfortunately, lately he’s completely caught up in all the drama of the girls of the junior class. Regina and Cady are constantly battling to win him over. They act like he’s the last man on the planet. Aaron picked up Y: The Last Man. There might not be a crazy plague going on, and he might not have a companion monkey but if he can relate to anybody right now, its Yorick.

It hasn’t been her day for a couple years, what’s a couple more? She got divorced, her mathletes team is falling apart, her house got searched by the police because a student accused her of selling drugs. Tough break, Ms. Norbury.

Instead of choosing something uplifting, she picked Building Stories. She figured she might as well read some Chris Ware to further perpetuate her downward spiral into depression.

She was last seen at 4:30, sobbing in the janitors closest with a bottle of bourbon and a stack of Jeff Lemire comics.