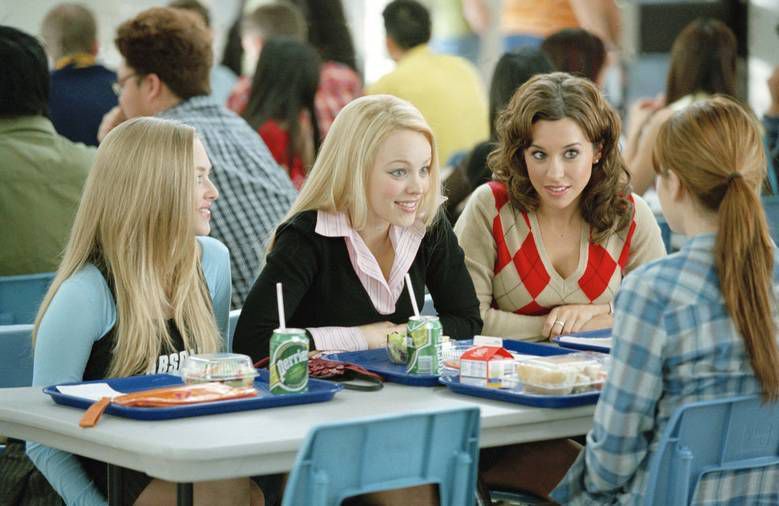 Mean girls. It seems like there’s quite the market for them. I mean, there was a whole movie (based on the nonfiction book Queen Bees and Wannabees) about them that — more than 15 years later — still remains quotable. After reading a New York Times opinion piece on the middle grade series The Clique a few months ago, about how it taught the writer to hate herself and other girls, it got me thinking about the mean girl/clique genre. I’m still trying to figure all of this out. 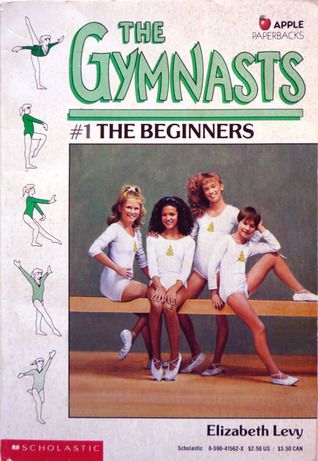 I was born in 1980. I grew up reading The Baby-Sitters Club, Sleepover Friends, The Gymnasts, and plenty of Christopher Pike. Sure, there were mean girls occasionally in the books (Kristy and those mean girls in her neighborhood sticks out in my head from BSC) but the only clique I can think of is The Unicorn Club, in the Sweet Valley Twins series. And of course, later on, when Lila Fowler from SVT grows up and is still a mean girl in the Sweet Valley High series. If these tropes were a major part of the books back then, evidently they never made much of an impression. The characters in these books dealt with being awkward, bullying, exclusion, and other things, but I don’t remember the mean girl trope being so central.

When the first Gossip Girl book came out in April 2002, I was graduating college. I don’t remember when or why I picked it up, but I remember flying through the book and finding it oddly appealing, sort of like candy that you know will make you sick but it’s so good, you keep eating it. And I proceeded to read each book as it came out. I won’t lie — when Gossip Girl: The Carlyles came out in 2008, I read that, too. The Clique series was first published in 2004, and that never really gained traction for me, but from what I’ve skimmed, it’s much of the same, but set in middle school.

There are also more recent books like Tiny Pretty Things, which isn’t set at a day school, but instead at a ballet school with plenty of mean girl drama, and Ace of Spades, which is still set at a private school but turns the usual blonde-white-girl mean girl world on its head and includes actually addressing issues like racism and classism.

What happens when mean girls grow up?

The thing is, this doesn’t stop at middle school or high school. The mean girl trope and cliques show up in adult fiction, too. Mommy fiction (for lack of a better term for the dishy novels about motherhood) is full of these women: the moms with the thousand-dollar Bugaboo strollers, with the designer diaper bags, the kids in immaculate outfits and packed schedules of child development classes, with nary a spit-up stain to be seen. We read about the mommy cliques and the misfits. We read about the Peloton-obsessed/Soul Cycle devotees and the moms showing up at elementary and middle school functions in their athleisure, their social media backstabbing, and their once-overs at anyone who doesn’t pass muster. Books like Yoga Pant Nation, Happy and You Know It, and even older ones like Momzillas, all have these elements. 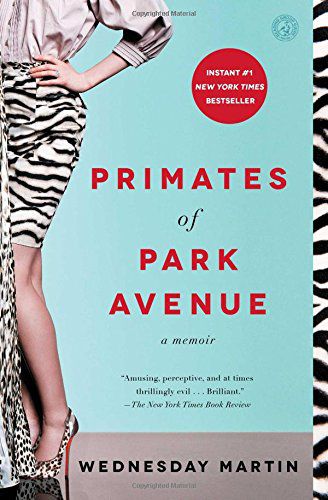 Wednesday Martin brought this all to life in her memoir Primates of Park Avenue — what was previously thought of as embellishment in “chick lit” was…somewhat true?

I read many of these kinds of novels prior to becoming a mother, with a mix of amusement and horror, and read Primates when I was pregnant. As much as I love a good gossipy novel, imagine my surprise when my son went to preschool and I realized that these books aren’t necessarily all that far off in some cases. Even in the suburbs, where I live (and I am, most assuredly, not in the same economic stratosphere as Martin), there are things like the subtle up-down outfit evaluations, the “messy casual chic” sweats that cost upwards of $400 and are supposed to show you’re not trying too hard (except for the logos on your hoodie and pants that say otherwise), and the competitive parenting that shows up in humble-brags in conversation or outright comparisons during pickups. I kid you not, I had one mom ask me during preschool pickup how many extracurriculars my son was in. He was 3 at the time.

Needless to say, that’s not quite my scene. I did the clique thing in college with my sorority. I didn’t expect suburban preschool to be Primates of Park Ave-lite, except with minivans. And yet I found myself doing exactly what Martin did: observing and analyzing. The “uniforms” of both moms and kids (somehow, dads always get a pass with this stuff; WHY?). The manners of speech and coded language. The sizing up. When thinking of Martin’s book and what she did, and how I was doing the same thing, it allowed me to laugh inside, even as I dealt with parents who brushed off inclusion and mean kids and their moms. Mentally composing McSweeney’s posts about class text threads and parental behavior got me through quarantine in 2020.

Rosalind Wiseman, the author of Queen Bees & Wannabees, also wrote a book called Queen Bee Moms & Kingpin Dads, which I had failed to read prior to parenthood, and even now, almost six years in, I’m curious about its contents.

I used to wonder why the mean girl trope and clique themes persisted in books. Is it just popular, so it sells? Do we secretly (or not so secretly, given the popularity of the Real Housewives shows) love reading about social take-downs?

After I became a mom and sent my kid to preschool, I thought more about these books and compared them to real life. While sure, books like Gossip Girl and Momzillas take a kernel of truth and magnify it for entertainment, they can also be helpful in unexpected ways. For me, these books have not only provided laughs and entertainment, but they’ve also shown me I’m not alone, and, especially with Martin, given me the tools to step back and look at things objectively and with a sense of humor, even if it’s somewhat dark humor.

Parenting is hard. It can be lonely in the best of times, let alone during a pandemic or in other tough times. Finding mom friends is kind of like dating, except sometimes even more excruciating. If you don’t have your circle yet, books can help — even if you do have your circle, these books can provide plenty of laughter and cringing. And unexpectedly, they can even help you navigate motherhood and parenting.

For funny parenting books to get some levity, check out this post, and for books to read about what parenting is really like, this post has great suggestions.