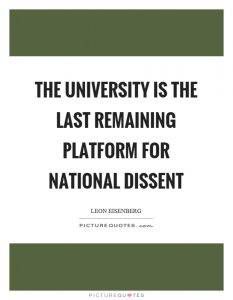 Recently I read an article from Inside Higher Ed about a website called Professor Watchlist, which encourages students to report and document college professors who “discriminate against conservative students, promote anti-American values and advance leftist propaganda in the classroom.” As the article states, such tripe isn’t anything new. There have been various other such groups devoted to trying to turn institutions of higher learning into McCarthy-esque kangaroo courts since the 1920s. Sometimes we could point and laugh at them and they’d implode and go away. Sometimes they did real damage to a person’s career or life. In a Trump-era world, such a site takes on a new level of threat and lunacy.

The tiny-fisted, tinier-minded troglodyte isn’t even inaugurated yet, and already there is a noticeable increase in the legitimate danger groups like Professor Watchlist can pose. See Brexit for an example of increases in hate crimes if you don’t believe me. I clicked on the link from the Higher Ed article and the first thing I saw, which should come as a surprise to no one, was that the first people listed on the homepage are women or people of color. There is another man who is a self-professed socialist (the horror!). See a pattern? The full list of professors who have thus far been reported include crimes such as: telling students they will be dropped from class if they fail to attend or turn in assignments (who needs academic rigor? They paid for those classes! They ought to get an A for that, right?); teaching students about microaggressions in a Human Resources Training class (I am sure HR departments across the nation would love it if we would all just start allowing men to grab us by the pussy – the PEOTUS says it’s ok, and no one has to be confused about whether something is a microaggression that way! It’s all just blatant!); teaching about climate change using scientifically-supported facts (because actual scientists tend to know more than the kinds of people creating dumbass report-your-professors-for-doing-their-jobs websites); and one I think was just for being not a white conservative male? I mean, literally. Even wading deep through the haze of paranoia and Terror of the Other fogging the rationale behind some of the reports, I couldn’t figure out why some of these people were listed except they weren’t white and/or male. Mostly it seemed like some students decided to make some allegations up and report them because they didn’t like the professor’s politics. Hello, McCarthyism 2016. 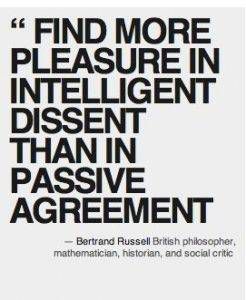 When teachers and professors are not allowed to freely discourse with their students, we have a serious problem. Dissent and discussion are at the heart of any education. The entire point of attending university is to expose yourself to alternate viewpoints and ideas, expand your horizons, and learn new things. One cannot learn from someone who always agrees with you! Additionally, when students, colleges, or so-called watchgroups are more concerned about engaging in a witchhunt against these faculty members rather than addressing some of the issues that are impacting these universities, which range from misogyny to LGBTQ equality, they are removing what may be the only safe place many students have. These classrooms are a safe haven for some students, and the conservative student population is stifling the voice of these students and the professors fighting to provide that safe haven for them. They are serving as their “voice” in a way none of them asked for and in a way that is detrimental to all.

Yes, there have always been whiny little pissants who cause problems because they don’t want professors telling their kids that vaccines don’t actually cause autism, or not everyone believes in God the same way you do, or space doesn’t actually end at the sky. People can be crashingly myopic in their worldviews at times. I get it. It can be difficult and scary to put yourself into someone else’s position and see things from an entirely new perspective. But to turn around and prevent a college professor from teaching their subject is simply not acceptable. To turn them in for holding you to high academic standards is petulant and lazy. To proclaim that your professors are promoting discrimination and anti-American values is delusional. It is the definition of McCarthyism, which should have been left behind in the fucking 1950s. What the hell is “anti-American” in open debate or teaching multiple viewpoints, anyway? And especially in questioning one’s elected officials? American History 101: In the beginning, some people decided to question some things and made America in the process. America is based on a proud tradition of questioning and public discourse and civil disobedience. This article should serve as another means of discourse. Instead, it feels like a preview of what we should expect under the New American Republic of Gilead. Who knew that Atwood actually was writing a documentary?

Before we kiss our First Amendment right of free speech goodbye entirely, you might want to check out some of these books and remember what people before us have gone through to get to where we had been as of November 7, 2016. Because on November 8, we hit the rewind button in a big way. It looks an awful lot like 1950 to me. This very mixed book list below might help us retain some critical thinking ability, curiosity, empathy, and our spirit of civil disobedience.

Between the World and Me – Ta-Nehisi Coates

The Notorious RBG: The Life and Times of Ruth Bader Ginsburg – Irin Carmon and Shana Knizhnik

I Know Why the Caged Bird Sings – Maya Angelou