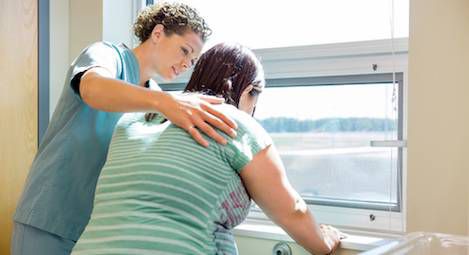 With not one but two literary works about childbirth and early motherhood published last month, it seems fair to say that the good ol’ L&D suite has gone from being a whispered side note in the literary novel to a bonafide emerging trend. As Pamela Erens notes in this recent article, nothing is more taboo in fiction than the details of birth. “But,” the author asks, “why shouldn’t stories of labor and delivery become vehicles for exploring matters of the utmost importance, among them the urgent dichotomies that draw us to fiction in the first place: will and fate, courage and terror, love and hatred, meaning and emptiness, power and impotence, the fleshly and the transcendent?” Why indeed? The following books face both the gravity and humor of giving birth and mothering in the modern world, they are sometimes loud and sometimes quiet but all revolutionary in their way. 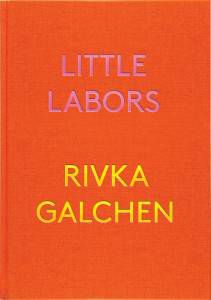 Full of the author’s signature wit, this collection of reflections – ranging in length from several pages to a single sentence – focuses on the experience of being a mother who writes. But its wisdom is certainly not so specific, and will be enjoyed by any woman who has ever experienced the juggling of personally gratifying creative work with the humble (humbling?) tasks of caring for a small and helpless and endlessly demanding creature. 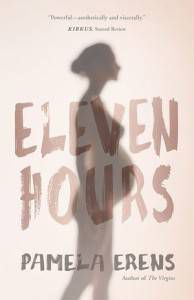 The novel takes place entirely during one woman’s labor and is told through the intimacy created between the laboring woman herself and the pregnant delivery nurse who guides her through the process. This temporal arena of physical extremity becomes a space in which to explore the pair’s unfolding, unraveling lives outside the hospital. Yes, the book provides plenty of bodily detail about labor, but its even greater accomplishment is to show the limit state into which the mind enters while the body gives birth. 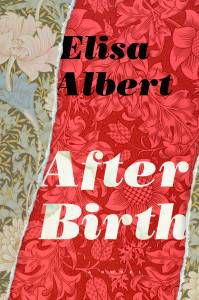 Beginning a year after the narrator’s traumatic cesarean, the novel digs deeply into the psychological terrain of new mothers. In this case, what so easily may be diagnosed as a typical case of postpartum depression is portrayed not as pathological but simply as the experience of all women when faced with the utter enormity of motherhood. The book is seeped in the narrator’s anger, frustration, sadness, passion, and many other feelings that Albert herself notes we find problematic when forthrightly expressed by women. 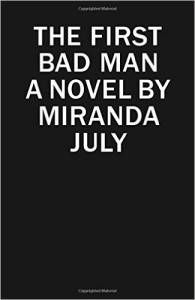 This book is not “about” motherhood, but motherhood is certainly its most driving metaphor. The narrator, in love with a fairly terrible man, unappreciated at her workplace, and pressured into housing an utterly unlikable twenty-year-old girl, has the seams of her well ordered life burst open right before her eyes. Much of July’s first novel focuses on her trademark, troubling yet tender descriptions of sexual desire. But the pivotal scene of the novel is a deeply moving portrayal of a home birth, and what follows is an touching ode to the strange beauty of human relationships. 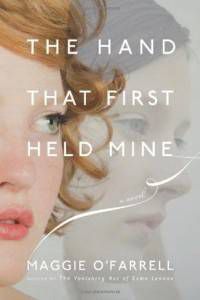 Maggie O’Farrell’s The Hand That First Held Mine

Set in 1960s London, here it is not only the infinitely complex relationship between mother and child that comes to the fore but also the intense connection between new mothers. Two women are thrown together under nebulous circumstances and together cope with the emotional aftermath of baby-having. Also under examination is the faulty nature of memory and the necessity of storytelling in all of life’s great and powerful events.