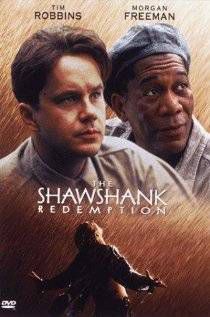 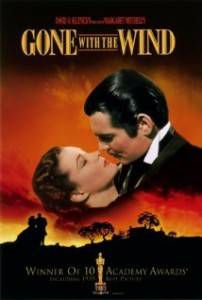 Plot-wise, it’s easy to tell when a movie deviates from the book on which it’s based. But is it as easy to spot when the screenwriter slightly tweaks a line of dialogue or narration from a novel? Here’s a look at five important, semi-famous, or memorable lines in movies compared to the same line in the novel.

1. Gone With the Wind

Commentary: This is the most well-known example of dialogue deviating from the book. I like the book version better — it’s clearer, starker, and more succinct. Frankly, “frankly” is redundant. This is the most important scene in the story, so of course, Rhett’s being frank.

Movie line: “She was a junkie for the printed word. Lucky for me, I manufactured her drug of choice. ”

Book quote: “…my lover was an addict, and I was a manufacturer of her particular drug of choice.”

Commentary: Subtle difference here, but I like the movie line a lot better — delivered by Michael Douglas playing a novelist named Grady. There’s something about the phrase “junkie for the printed word” that is really descriptive and concrete — or at least much more so than just “addict.” This is my favorite quote in the movie, and while Michael Chabon conveys the idea admirably in the novel, the screenwriter took it took the next level.

3. The Girl With The Dragon Tattoo

Movie line: “I want you to help me catch a killer of women.”

Book quote: “I want you to help me identify a murderer.”

Commentary: This is a turning point scene: the beginning of Mikael and Lisbeth’s collaboration. The line (delivered by Daniel Craig in the film) is how Mikael hopes to get Lisbeth to help him with the Vanger case. In the film, the screenwriter makes much more explicit the connection to Lisbeth’s hatred of those who prey on women. Therefore, it only takes a few words to reveal a ton about Lisbeth’s complicated character. So it’s a very good re-write for the movie. 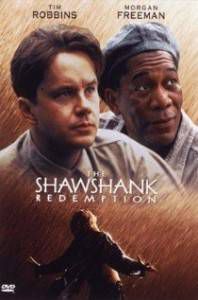 Movie line: “You know what the Mexicans say about the Pacific? They say it has no memory. That’s where I want to live the rest of my life. A warm place with no memory.”

Book quote: “You know what the Mexicans say about the Pacific? They say it has no memory. And that’s where I want to finish out my life, Red. In a warm place that has no memory.”

Commentary: Unbeknownst to his friend Red, Andy Dufresne is wistfully talking about what he plans to do when he breaks out of jail. The line is about escape not just from jail, but also from his past and the horrific time he’s spent at Shawshank. This quote really cuts to the core of Andy’s character — and the screenwriter (thankfully!) left it mostly untouched (and it’s even possible that the difference is due to how Tim Robbins delivered the line, not how it was written in the script). Much of the more clever and/or meaningful dialogue (Hadley: “What is your major malfunction, you fat barrel of monkey spunk?”) in the movie is invented by the screenwriter, so I was heartened to see this line left largely unchanged from Stephen King’s novella.

Movie line: “My friends on the mainland think just because I live in Hawai’i, I live in paradise. Like a permanent vacation — we’re all just out here drinking mai tais, shaking our hips, and catching waves. Are they nuts? How can they possibly think our families are less screwed up, our heart attacks and cancers less fatal, our grief less devastating? Hell, I haven’t been on a surfboard in fifteen years. For the last 23 days, I’ve been living in a ‘paradise’ of IVs and urine bags and endotracheal tubes and six-month-old US magazines. Paradise? Paradise can go fuck itself.”

Book quote: “The tropics make it difficult to mope. I bet in big cities you can walk down the street scowling and no one will ask you what’s wrong or encourage you to smile, but everyone here has the attitude that we’re lucky to live in Hawaii; paradise reigns supreme. I think paradise can go fuck itself.”

Commentary: In both cases, I love how the writers (the novel is by Kaui Hart Hemmings) chose to dispel the false notion of paradise. The screenwriter’s is a little more clever and descriptive, and Clooney nails the delivery (given in narrated voice over). The screenwriter chose a little bit of a different angle to approach the topic of “Hawaiian unhappiness,” but Hemmings’ works just as well. And both punctuate the notion with a guffaw-inducing finale. Well done, both!

So have you noticed any differences between movie lines and book quotes? We’d love to hear about them — please share them below.