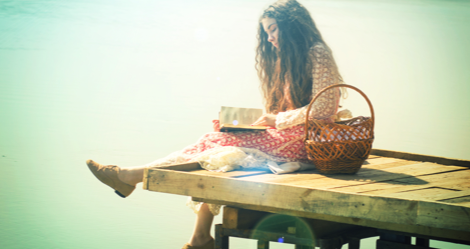 It’s a cute marketing tactic: package John Green’s books as tiny, flip-book style titles that read top to bottom, rather than left to right, and that fit into your pocket. This format is popular in many European countries, but it hasn’t made its way to the U.S. It immediately made me roll my eyes, since it’s meant to sell more copies of extremely well-selling books (the format is different and novel), and it made me remember how annoying books in odd trim sizes were for shelving in libraries and in bookstores.

But then it gave me pause. 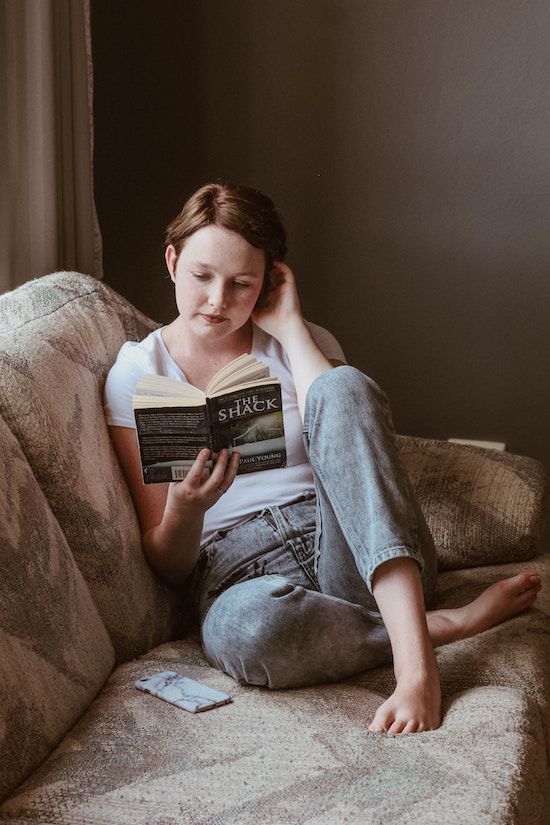 There is something missing in the YA market when it comes to the size and format of books, herein after referred to as “trim size.” It’s the mass market paperback, and the omission of such a popular, portable trim size in a market that purports to reach teen readers is a shame.

In the world of YA books, there are two dominant trim sizes: there’s the hardcover, and then there’s the trade paperback. They’re comparable to what you see in adult books, though they’re at a lower price point. Typically, YA hardcovers sell for somewhere between $18 and $20 (with notable exceptions like Cassandra Clare’s books, which sometimes are selling for upwards of $24 or $25 a pop). YA paperbacks come in somewhere between $10 and $12 (again, notable exceptions like Cassandra Clare, whose most recent “Dark Artifices” paperback comes in at $15). Adult books in those same trims hover between $25 to $28 and $17 to $20 respectively.

For the adult market, a third option pops up, especially for genre books: the mass market paperback. These are the smaller, hand-size paperbacks that you might immediately think of when you think about “romance novel” or you think about those books you see in airports (though, increasingly, there are more and more trade paperbacks on those shelves). These mass market titles span all genres, offering an even less-pricey means of buying the book. Sure, sometimes it means waiting a year or two post-publication of the original hardcover to snag a copy, but your wallet is also pleased by spending under $10 for a book.

Yet, except for a few notable exceptions—again, let me bring up Cassandra Clare here, and specifically her City of Bones series—there is little to nothing in the way of mass market paperback books for YA. The few titles that do make their way to mass market format are, like Clare’s, the titles which seem to have significant adult readerships to them. Let It Snow, the collection of short stories by John Green, Lauren Myracle, and Maureen Johnson, is the only book by Green which made the mass market format.

But why is this?

If YA literature is a category of books intended for teen readers (and we know that that’s questionable in and of itself), then shouldn’t we want to have books available at a budget teens can afford. If we want them to be the consumers, then the price point needs to fit into their exceptionally-squeezed budgets. A $12 trade paperback might seem like it’s a good deal for an adult reader—and I suspect this is a reason that YA has such appeal to adult readers—but for a teenager who can’t find a part-time job or has one and uses their income to pay for the car or the car insurance that allows them to get to the job, $12 is not an easy spend. Going by the rough costs of YA hardcover and trade paperbacks, I suspect a YA mass market book would go somewhere in the $5 to $7 price range: comparable to a fancy coffee drink and, maybe when available in a coffee shop teens frequent, an easy thing to pick up and add to a purchase.

Also? Mass market books have a feel about them that taps into some of what’s been said about the mini books in other countries. Food marketers consider something called “mouthfeel” when it comes to their products; they want to sell consumers on the pleasurable “mouthfeel” of a particular item. When it comes to mass market books, perhaps we can take a page from them: “handfeel.”

I’m small-handed. Exceptionally small handed. For me, hardcover books are physically challenging to hold and read. Trade paperbacks make it a little bit easier, but still, it’s impossible to hold the book open with one hand and do something else with the other (eat breakfast, drink a cup of tea, hold onto the handrail on the train). Mass market, however, eliminates all of these things by being so small. The handfeel of the mass market is pleasurable and practical, and more, the size of the book makes it so easy to slip in and out of backpacks, purses, and yes, even pockets—at least on pants designed for men.

And look: I’m also a monster who loves to break the spines of my books and crease the pages as I go, to remember certain scenes or bits of information. Doing so on a mass market paperback feels way less destructive because the cost of the product is so much lower.

Sure, the cost of an ebook for YA books hovers somewhere in the $10 range. But note that that requires an ereader that needs to be charged, as well as carried around and remembered. An ereader isn’t the same reading experience as in print, and the handfeel is certainly not there. Not all deal breakers for readers, of course, but the point stands that ebooks don’t compete in that same space for trim size. Mass market is simply another option for readers who prefer their packages to be different and more affordable.

Mass market paperbacks also eliminate the trim size conundrum in libraries and bookstores that can come with trying something new and different in terms of book size. They’re aware of how to work with the mass market size, and more, at least in libraries, having a YA mass market available might make collection management easier, too. If a favorite, well-read series of books for teens is falling apart, rather than shelling out for the entire series, again, in trade, mass market would make the bottom line on replacing much easier. It might even allow for some older titles to find new life on library shelves, as the ease of paying a jobber price for mass market at the library discount might fall more in the $2 or $3 range, as opposed to the $6 or $7 for trade or $12 or $13 for hardcover. In libraries that are strapped for budgets, those decisions are important for being the best stewards of community tax money possible. Everyone wins: the librarian, the reader, and the community at large. The publishing side of the book world benefits, too, with the purchase of titles, with the distribution of titles, and with readers who are better able to discover—and purchase—those titles at an easier price point.

I suspect there are plenty of teens ready, wallets burning holes in their pockets, to snap up a great read or two for the same price as a snack at the local gas station, their fancy beverage after school, or a couple of apps for their phone. It’s also easier for various stores that aren’t bookstores to stock a handful of mass market titles if they know their clientele would pick them up (in other words, sideline items).

I also suspect even more adult readers would pick up a YA book or two, knowing the cost to them is very little financially. They aren’t the target of the trim size, but they are a beneficiary, a bit of a shift from how YA marketing seems to work now (just take a look at the covers and voices and storylines in YA, and pair those observations with how adults enjoy talking about “whiny,” “too stupid to live,” “vapid,” and “selfish” teen characters for many of the books which are marketed for teens).

It seems like a win-win, and I hope that we see more mass market YA titles pop up—and not just the titles which are most popular with adults. The kids deserve books meant exclusively for them sold to them at a price that works with their tiny budgets.