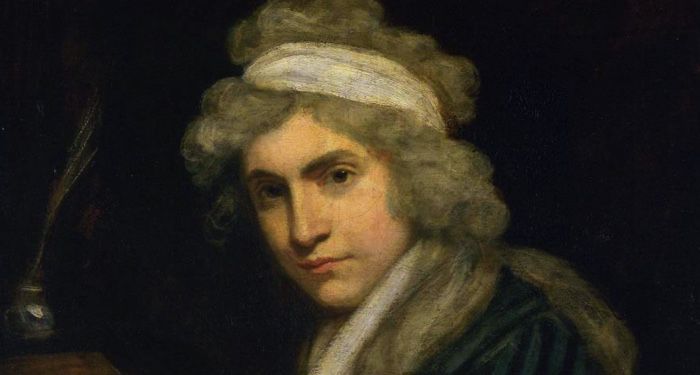 Mary Wollstonecraft (1759–1797) was an English writer, philosopher, activist, and the mother of the mother of Frankenstein, Mary Shelley.

Although she is most recently in the news for inspiring a nude, buff statuette in London, Wollstonecraft has also been known for other things. For instance, she wrote a text that was foundational in political philosophy. She wrote novels. She witnessed and penned a history of the French Revolution. She translated books from French and German. And she worked as a governess and wrote a children’s book, the story of two girls who went bad after their mother died and their father dumped them with servants.

But while her writing was both praised and influential in its time, she also inspired with her singular, adventurous life. So in addition to celebrating her with a silvery “everywoman“—like the Oscar statuette with breasts—let’s celebrate Wollstonecraft’s wild and creative life.

Note: I could not find other wide-audience works about Wollstonecraft by scholars of color. Let us know if you know of any!

Although influential in its time, this call for women’s education went out of print for a century, following the scandal created by her husband’s (William Godwin) memoirs. His book, published after her death, included news of her affairs, attempt at suicide, and child out of wedlock. It scandalized the late 18th (and early 19th) century reading public so badly that her books fell out of fashion. Her personal story was used by other women authors as a cautionary moral tale: don’t be like Mary.

A century later, the great George Eliot was apparently surprised to find Vindication so serious. Eliot wrote in 1855 “there is in some quarters a vague prejudice against the Rights of Woman as in some way or other a reprehensible book[.]” However, Eliot noted, “readers who go to it with this impression will be surprised to find it eminently serious, severely moral, and withal rather heavy.”

A Vindication of the Rights of Woman came back into fashion with women authors and activists in the mid 19th century. But what became an even greater inspiration was Wollstonecraft’s life. In the 1880s, biographies began to appear. Mary was once again worked into fiction, but this time not as a cautionary moral tale, but as goals.

So, in addition to her classic Vindication, here are five more books by and about Mary: 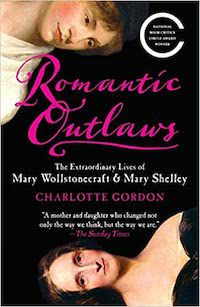 This National Book Critics Circle Award winner looks at the two Marys, who barely knew each other although they had overlapping lives.

Mary Shelley was born on August 30, 1797, and Mary Wollstonecraft died on September 10, 1797. But both were powerful writers with larger-than-life personalities.

This biography brings them in conversation with each other,  interweaving the lives of the two “romantic outlaws” in alternating chapters.

Vindication: A Life of Mary Wollstonecraft by Lyndall Gordon

Gordon is a distinguished literary biographer (T.S. Eliot, Charlotte Brontë). Here, she gives both portrait and defense of Wollstonecraft, giving a deep and broad portrait of the woman and her times. “She was not a born genius,” Gordon asserts, “she became one.” 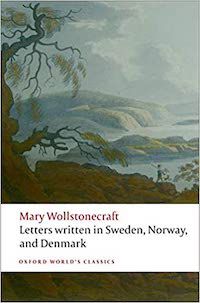 Letters Written in Sweden, Norway, and Denmark, by Mary Wollstonecraft

This travel book by Wollstonecraft was her most popular book during her lifetime. This is not politics or polemic, but instead travel writing and memoir from the late 1700s. Wollstonecraft set out for Scandinavia shortly after her suicide attempt, sent on a mission by her lover.

She traveled with a baby and a nursemaid, and wrote about the landscapes she saw and people she met.

This edition also includes a chapter from Godwin’s explosive memoir on Wollstonecraft.

This collection of Woolf’s writings offers views on, among other authors, Aphra Behn, Charlotte Brontë, Katherine Mansfield, and Mary Wollstonecraft. About Wollstonecraft, Woolf writes: “The Revolution was not merely an event that had happened outside her; it was an active agent in her own blood.” 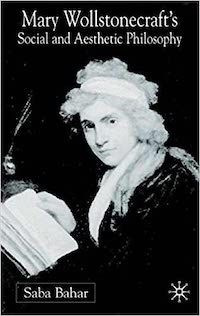 Mary Wollstonecraft’s Social And Aesthetic Philosophy: An Eve to Please Me by Saba Bahar

For the more scholarly minded reader, Saba Bahar’s Social and Aesthetic Philosophy combines a history of ideas, biography, and close textual reading to situate Wollstonecraft among her peers.

You can read an excerpt on the Palgrave Macmillan website that looks both at Wollstonecraft’s Scandinavia trip and how Godwin later described her Scandinavia trip, and writings, in his tell-all book.