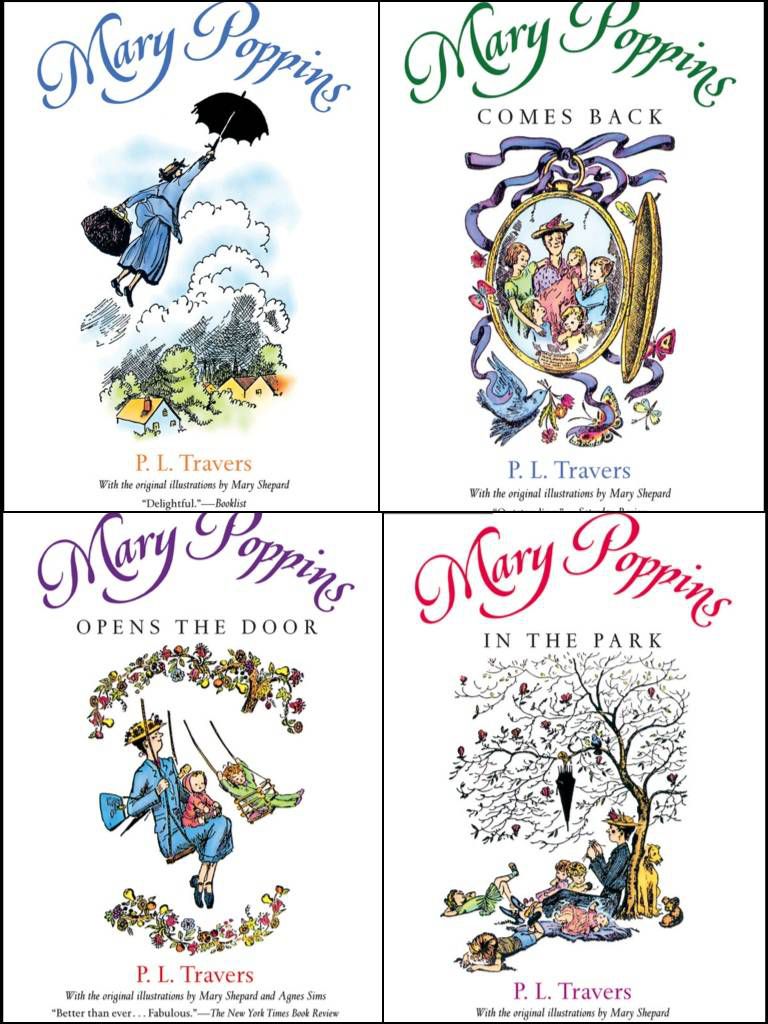 Like Rebecca, I had no idea that Mary Poppins was a book for a very long time. In fact, it was only while I was putting together one of these lists a couple of months ago that was made aware that it was, in fact, a whole series of books!  That’s four more titles to add to the ever-growing To Be Read list!.

In this giveaway sponsored by Mary Poppins by P.L. Travers, we wanted to know: what classic children’s stories have you watched but never read?  If the length of this list is any indication, Rebecca and I are not the only ones who have a little-catch up reading to do!

Alice in Wonderland by Lewis Carroll

Charlie and the Chocolate Factory, The Witches, Matilda, and James and the Giant Peach by Roald Dahl

Five Children and It by Edith Nesbit

Peter and Wendy by J.M. Barrie

The Hundred and One Dalmatians by Dodie Smith

A Christmas Carol and Oliver Twist by Charles Dickens

Winnie the Pooh by A.A. Milne

Hans Brinker, or The Silver Skates by Mary Mapes Dodge

The Magic Bed Knob; or How to Become a Witch in Ten Easy Lessons  and Bonfires and Broomsticks by Mary Norton

The Hobbit and The Lord of the Rings Trilogy by J.R.R. Tolkien

Mrs. Frisby and the Rats of Nimh by Robert C. O’Brien

Little House on the Prairie by Laura Ingalls Wilder

The Neverending Story by Michael Ende

The Wind in the Willows by Kenneth Grahame

Bambi, A Life in the Woods by Felix Salten

How the Grinch Stole Christmas by Dr. Seuss

The Water-Babies, A Fairy Tale for a Land Baby by Charles Kingsley

The Spiderwick Chronicles by Tony DiTerlizzi and Holly Black

The Story of Doctor Dolittle by Hugh Lofting

The Rescuers by Margery Sharp