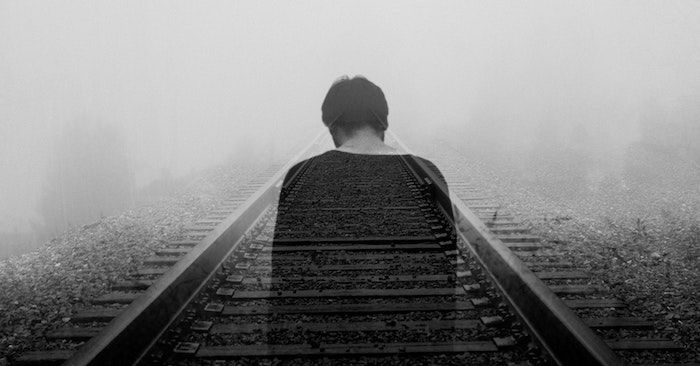 For as long as I can remember, I’ve believed that if I can make everything perfect, nothing will ever go wrong. I’ve believed that as long as I can have all the possible answers for any mishap that might occur in any situation, everything will be fine and I will have all the answers. Even now, attending the University of Zoom, I find myself meticulously copying down every word from the professor’s slides even if they’re redundant, as if someone is going to tap me on the shoulder and say, “Congratulations, you now know everything there is to know about Modernist New York.” Unless I believe that I’ve personally done everything in my power to make sure something turns out “right,” I won’t be able to relax. I know now that this is not how life works. But it’s still the only thing that drives me. I also know now that there’s a term for this: it’s called a Type A personality.

In this theory, first developed by cardiologists in the 1950s, Type A personalities are characterized as competitive, ambitious, aggressive, impatient, highly organized, obsessed with information, and acutely aware of time management. As for Type B? They’re the opposite: much more laid back in nature, less “frantic,” “neurotic,” are in fact more inclined to enjoy achievements, can work easily and steadily, and find it easier to disregard or work past physical and mental stress. And why was this theory developed by cardiologists instead of maybe psychologists? It was Meyer Friedman and Ray Rosenman who determined that Type A personalities are more at risk for coronary heart disease than anyone else—with everyday stress for these individuals doubling their chances. Who’s shocked?

In retrospect, I’ve always had a Type A personality. I’ve always found it difficult to fully relax and put worries to rest, even as a child. I received a work ethic award in first grade. (Yes, you read that sentence correctly.) My parents and relatives knew this and they would always try to talk me down back down to earth, but after my high school graduation, the flood gates opened in a way in which I was not equipped to handle. I would like to assume that all children are raised believing that they have to “try their best” at everything, but I hope that few of them take it as far as I did, eventually growing into a young adult who believed that “trying his best” meant giving quite literally every part of himself to what he believed he needed to succeed at, or else…the sky would fall, I guess?

The initial period of early adulthood is certainly a difficult time for everyone—as childhood officially ends and we need to figure out what’s coming next—but it was especially traumatic for me as I realized that I needed to start unlearning the toxic work ethic I’ve always held dear. I was finally ready to come to terms with the rituals and compulsions I’d developed in college to ensure my success. I was finally ready to start acknowledging my lifelong obsession with being perfect. I was a detoxing perfectionist. It was around this time that I first read Mary Laura Philpott’s I Miss You When I Blink.

“For me, a person whose very identity and peace rely on looking at things and thinking, Yes, that’s right, looking at my own emotional state and feeling, No, that’s wrong, was more than unsettling,” she writes. “It felt disproportionately catastrophic. It made me think, Wait, if I’m not the person who makes the right choices all the time, then who am I? That I might have made choices that were ‘right’ at one time but feel ‘wrong’ right now seemed impossible. Right choices are supposed to feel right forever…right? Wrong is the one thing I cannot stand to be.”

In addition to suffering from untreated OCD and anxiety, becoming an adult had put me into an almost permanent state of what Philpott refers to as the “Type A person in distress.”

The very concept of early adulthood being a time to figure ourselves out by making mistakes made me so unbelievably anxious that, between the ages of 18 and 21, I was pretty much always in a state of unease. I would think, “Mistakes are wrong, I refuse to make them. Especially now that I’m studying what I’m good at and what everyone has always told me I’m good at, making mistakes is just not a thing.” In the eyes of my family, I’d always been the one who made the right choices. I’d always been the one whom everyone viewed as being perfect with little effort, since I’d gotten so good at concealing that battle. Much like Philpott, wrong is the one thing I could not stand to be—at least at that time. “When you internalize what you believe to be someone else’s opinion of you, it becomes your opinion of you.”

I believed that making the right choice once meant making the right choice forever; that I shouldn’t ever have to accept or acknowledge growth or change, merely because they made me uncomfortable. But it would eventually reach a point where I woke up one morning and thought to myself, “Why am I fighting this?” I realized that, by spending so much time running away from the inevitability and grand uncertainty of adult life, I was missing the opportunity to finally shed the weight of youth. Could I accept the possibility of being wrong and imperfect if it meant being less unhappy and more comfortable in my own skin? It ended up being a trade I was willing to make.

But to my own upset, accepting the grand unpredictability of life didn’t magically cure me of my depression, anxiety, or OCD. I put way too much pressure on the act of leaving one mindset for another, subconsciously believing that no more challenges could lie ahead, because if I’ve conquered an issue this personal that had caused me nothing but pain over the course of years, could anything else be that hard? Turns out, yes. Accepting that you’re not perfect in a world that’s also not perfect doesn’t magically make anyone more whole or complete.

Around the time of this initial series of epiphanies, I left one part-time job for another. The new job was farther away in an area of town completely unknown to me, working with people I didn’t know from Adam. The people who had always seen me as the one who made the right and perfect decisions immediately raised an eyebrow. Nevertheless, I held my head high and told myself I needed to do this for my own reasons, to prove to myself that I could make decisions that might not be perfect and live to tell the tale. When the job in question turned out to be the closest thing to hell on earth and I quit, it felt like the raised eyebrows I had ignored were right, and why should I have taken a job that I knew might not be right forever? I summersaulted back down the rabbit hole of depression and intrusive thoughts, stuck again in the web of defining myself by the expectations of other people. And before I had a chance to reprove myself as right, perfect, and worthy in the way I see fit at a second new job, a pandemic hit.

I’m notoriously bad at rereading books, especially this year, but during a profoundly challenging time of forced social and personal upheaval, I found myself returning to the wisdom of I Miss You When I Blink, knowing it would have more to give me the second time around. “Even if you deliberately choose to do a ‘wrong’ thing, you’re choosing it, which means you’ve picked it as the right thing to do,” says Philpott. “Still. You can stand by your past decisions even if they took you to a present where you don’t belong anymore.” And if the challenges of 2020 have shown me anything, it’s that sometimes, much like a good book, the universe can reach out a hand and say, “Get a grip. Don’t panic. To figure out where to go next, look at where you came from. If you got here, you can get to the next thing.”