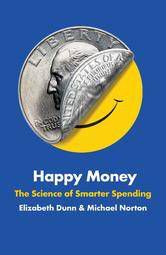 I don’t know if combining Elizabethan England with the Marvel Universe seems like a good idea in a vacuum. Thankfully, comics don’t exist in one.

Because Marvel’s 1602, which did exactly that, was a great idea. An eight issue mini-event written by comics demi-god Neil Gaiman and published in 2003, 1602 explores an alternate timeline in which some of Marvel’s most beloved players get to strut about on a stage very different from the ones upon which we typically see them.

Stephen Strange is Queen Elizabeth I’s physician (and yes, Master of the Mystic Arts, albeit on the down-low), Nicholas Fury is the Queen’s master spy (no surprise), Charles Javier’s (that’s right, he’s Spanish) school for gifted “Witchbreed” youngsters comes under fire from Scotland’s King James, and Irish balladeer Matt Murdock is more than just a blind lute player. Versions of Thor, Magneto, Black Widow, The Fantastic Four, Doctor Doom, and Peter Parker also make appearances in the story, which features murder, espionage, The Inquisition, and the American colony at Roanoke (which is still around in 1602 because of some, uh, outside interference).

Gaiman makes the whole thing work by slowly allowing what starts off as a more or less authentic version of the time and place in question to become colored by the Marvel Universe. Our familiar heroes don’t so much crash the party of the alternate time period as they do creep in from the fringes. The whole thing could’ve felt like The Jetsons meet The Flintstones, but to Gaiman’s and Marvel’s credit, it doesn’t. The heroes are made to fit 1602, and not the other way around.

The result is that both the time period and the characters populating it feel totally fresh. Alternate continuities and timelines and the multiverse have long given creators the license to shake things up and explore different possibilities and keep readers from feeling like they already know what’s around every corner, but mostly these alternate states are pretty clear reflections of our own time, or at least a plausible near-future with cooler technology. As such, the ground under readers’ feet often feels more solid than not. It lets us get comfortable. But with something like 1602, the creator is free to do whatever he or she pleases with both the characters and their setting, because the latter is so far outside the scope of what’s already been explored. Even those with the best grasp of history (actual or Marvel), can’t know for certain how things will play out. And that is a cool thing.

1602 enjoyed enough success to spawn some additional titles in the series (1602: New World brought versions of Iron Man, Spider-Man, Norman Osborne, and Thunderbolt Ross to America; 1602: Fantastick Four focuses on Reed Richards and co., along with the return of Otto Von Doom; Spider-Man: 1602 keeps the Spider’s story going, and brings along versions of Kingpin, Bullseye, Mary Jane Watson, and Doctor Octopus), but what I’d really like to see is an even broader expansion of the idea. I know Marvel’s been doing What If? books forever, but the specific historical framework provided by 1602 is a vital part of that run’s success.

My favorite possibility? An arc set sometime in the 1700s wherein Western European slave traders are thwarted by Wakanda’s leadership and the Wakandans then set about hunting the biggest traders back to the source, Django Unchained-style.

As you can imagine, Marvel is only limited by the total number of significant moments in history (which means they aren’t limited at all). Heck, my imagination is only limited by the amount of attention I didn’t pay during World Civ in sophomore year. How many big moments in world history would be made less awesome by an infusion of Marvel superheroes? Zero is exactly right.

C’mon, Marvel. You can do it. Dust off the history books and throw some money at Gaiman or whoever and let’s have some more history/superhero nerd times together. Deal? Deal.