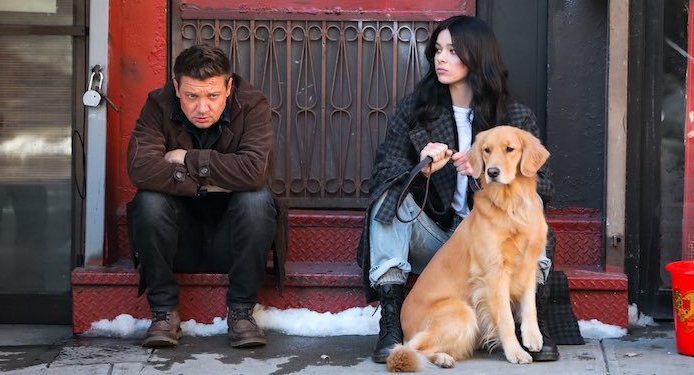 San Diego Comic Con at Home was a huge event, but it wasn’t quite the same as being there. We didn’t have a giant Hall H Marvel panel to wish we were at while we watched on a terrible virtual feed. And honestly, that’s okay. I mean, what was going to top that the great Mahershala Ali appearance/Blade announcement of 2019? Nothing.

The lack of big, flashy con opportunity means we’ve been getting Marvel show and movie news in unreliable bits and pieces over the last several months, so getting it all at once and directly from the font was nice but, at the same time, ye olde Twitter scroll also felt like a bit of an informational tsunami after ages in the desert, so I thought I’d try to sum up crucial info:

Shang-Chi and The Legend of the Ten Rings

We have a definite (or a least as definite as it can be right now) release date, which is exciting; this is the first time we’ve had a day/month/year since the original announcement. July 9, 2021 to be exact, happy birth month to me and happy “hot girl summer” to Simu Liu (his words, not mine, follow the dude on Twitter, he is amazing). Also of note is the fact that, on the cast infographic, Tony Leung, formerly confirmed as The Mandarin is listed as “Wenwu” and not by the title always used for said Iron Man nemesis. After almost 60 years, this gent finally has an actual name instead of a racist sobriquet. The audacity.

Also, it’s possible that I missed it somehow, but I didn’t know Michelle Yeoh was in this flick and thus, was entirely wrong in my thinking that I couldn’t possibly be more excited about it.

Kevin Feige announced a plan for Captain Marvel 2 at the Hall H panel in 2019, but we haven’t gotten any news since so it was great to get something, especially the news that Nia DeCosta (Candyman) is directing and that we will be getting two Captains (Brie Larson and Teyonah Parris, who will be playing Monica Rambeau in WandaVision) and a Ms. (Iman Vellani, who will star at Kamala Khan in Ms. Marvel). Ms. Marvel will premiere on Disney+ “late 2021.”

We finally have a rough release date for Marvel’s answer to Elsewords; Peggy Carter will be kicking ass in victory rolls as Captain Britain this coming summer 2021. Huzzah!

Christian Bale’s role in the upcoming film has been revealed as Gorr the God Butcher. I was kind of hoping for Adam Warlock and a Guardians 3 tie-in, but we don’t always get what we want.

Gorr’s backstory is…pretty horrible. Dead parents, dead children, dead spouse. Exiled for saying he no longer believed in any gods. Met a god, swore vengeance on them for refusing to answer his prayers. Met Thor. Responsible for Thor becoming unworthy and unable to lift Mjolnir and thus Mjolnir seeking a new hero.

Which is how Jane Foster became the Goddess of Thunder.

Peyton Reed will be back to direct the third installment of the Ant-Man franchise and that gets a huge yes from me. I adore these movies. I think they are the unsung heroes of the MCU. It appears the villain this time around will be Kang the Conqueror who is batshit enough to be a great fit.

The Falcon and the Winter Soldier

From the extended trailer that dropped, it appears this Disney+ show is going in the “Captain America does crazy shit and Bucky Barnes is the voice of reason” direction and wow, I cannot wait to watch that every week. I love the dynamic Anthony Mackie and Sebastian Stan have built in character, and if you’ve ever seen them do an interview together, you know the one they have off-screen is pretty fantastic too. There’s also buzz that Marvel is working the Truth: Red, White & Black storyline into the first season of The Falcon and the Winter Soldier, which is intense and political and very much relevant to current events.

Doctor Strange and the Multiverse of Madness

We already knew Strange 2 was going to tie in to WandaVision, but the presentation at the Investor Meeting suggested it will also tie in to Spider-Man 3 (#2) which makes sense after last weeks spate of Spider-nouncements (I really hope the Charlie Cox one is true). I was also excited to hear (or be reminded) Xochitl Gomez will be playing America Chavez in this one, which is extra important as it appears Hawkeye is going to be a title handover from Clint to Katie (maybe that’s wishful thinking) and we all know Katie and America need a buddy road trip show. I’m not 100% on Raimi directing and I’m bummed Derrickson left, but I guess we’ll see.

Speaking of Hawkeye, they have cast Pizza Dog and he is a VERY GOOD BOI INDEED.

Like many of you, I simp for Loki but I was wary when they announced the show because I couldn’t figure out which direction they were going to go. Now that I’ve seen the trailer, however, especially those little bits and pieces that are grabbed from the Vote Loki miniseries, I am 300% in. And I should have known I’d be unable to resist the Hiddlesmirk regardless. And Gugu Mbatha-Raw is in it. Did it take anyone else a couple passes to realize Mobius was Owen Wilson, though?

Also, I think making it a limited series is brilliant. Much better to keep us wanting more, especially with Loki. First episode May, 2021.

Tatiana Maslany was cast, then she wasn’t, now she has been officially announced so…I guess she is? She’s great but I still would rather have had Stephanie Beatriz. This one is being billed as a “comedy?” I’m not sure how I feel about that. No air date yet.

I think that was all the major news, with the most important of it clearly being the casting of Pizza Dog. Because…I mean, look at him. Breakout star of the year. More news as it is revealed.