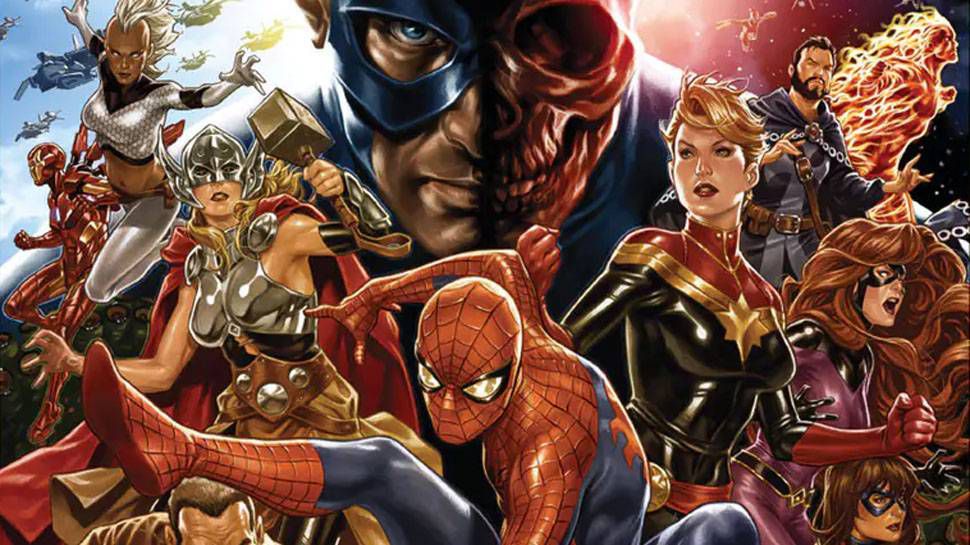 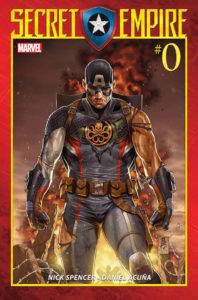 On Monday, Marvel teased its big summer crossover event, Secret Empire, which will pit original Captain America Steve Rogers—now secretly a member of Hydra—against the rest of the rest of Marvel Universe. I could not be less excited. After what feels like an unending string of Marvel crossovers, I just want a break from events.

Over the past five years, Marvel has had at least nine major crossover events: Avengers vs. X-Men, Age of Ultron, Infinity, Original Sin, AXIS, Secret Wars, Civil War II, Inhumans vs. X-Men, and now Secret Empire. Add to that smaller crossovers like Battle of the Atom, Death of Wolverine, Spider-Verse, The Black Vortex, Avengers: Standoff, Spider-Women, The Clone Conspiracy, and Monsters Unleashed, and it is hard to escape the sense that Marvel has become completely dominated by events. 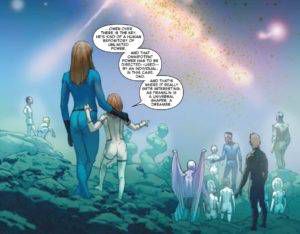 Secret Wars rebuilt the Marvel Universe from the ground up . . . for three months at least. Art by Esad Ribić and Ive Svorcina.

Don’t get me wrong: crossovers can be incredibly good. I’m a huge fan of Jonathan Hickman’s extended runs on Fantastic Four and Avengers, and Secret Wars was a truly epic conclusion years in the making. But there were barely three months between the release of Secret Wars #9 in mid-January and the launch of Civil War II on Free Comic Book Day. Just as we were learning what made the All-New, All-Different Marvel universe unique, it was shaken up by a retread of an event many of us didn’t really care for the first time around. One starts to wonder what the point of trying to keep up is if the status quo will change again in three to six months.

The unending parade of events would be bad enough, but Marvel has been relying more and more on cheap twists and character deaths to drum up interest, going so far as to spoil its comics before they are even released to increase sales. It’s hard to take shocking deaths or the events themselves seriously when their aftereffects last about as long as a Halloween candy sugar hangover.

While events might temporarily bump up sales on tie-in titles, they can make reading individual series much more onerous, especially after the fact. There are few things worse when reading an incredible series in trade  than to hit a crossover and have the story be completely derailed by an unexpected event. 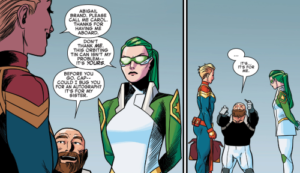 One of the books worst affected has been Captain Marvel. The series relaunched post-Secret Wars with a new creative team of Tara Butters, Michele Fazekas, Kris Anka, and Matt Wilson. But just as the team was beginning to explore Carol Danvers’ new status quo as head of Alpha Flight, Marvel announced Captain Marvel would be at the center of Civil War II and that Butters and Fazekas were leaving the book, to be replaced temporarily by Ruth Gage and Christos Gage. Butters and Fazekas’ promising arc was cut short just as it started.

While the series (relaunched as The Mighty Captain Marvel) seems to be regaining its bearings under Margaret Stohl and Ramon Rosanas, sales are still suffering from the fallout of Civil War II, which made Carol look terrible, practically fascistic. Carol is now effectively going through the same thing Tony Stark did for most of the 2000s after the original Civil War, except there’s no guarantee the Captain Marvel movie (if it is ever actually made) will remedy her reputation the way Iron Man remedied Tony’s.

It doesn’t have to be this way. While Marvel has become increasingly reliant on events, DC has used them very sparingly, with only four company-wide crossovers during the five years of the New 52: Forever Evil, Futures End, Convergence, and Rebirth. Plus, none of these crossovers had the same scope as something like Civil War II, let alone Secret Wars. As a result, books like Batgirl and Gotham Academy have had the space to tell some genuinely amazing stories, free of interruption.

So here’s my prescription for Marvel: go two years without any events. No line-wide events, no editorial office-wide events, no special miniseries with tie-ins. Instead, just focus on the sort of storytelling that made Marvel great in the first place. Give those critically-acclaimed books some space to breathe. When the wait is over, the next event will be genuinely anticipated—rather than dreaded—by readers. Plus, those two years of planning will help make sure the event is something worthy of Marvel’s grand history, rather than another crossover that will be forgotten within a year.

It probably won’t happen, but I can dream. In the meantime, at least no one is making us buy Marvel’s event books…