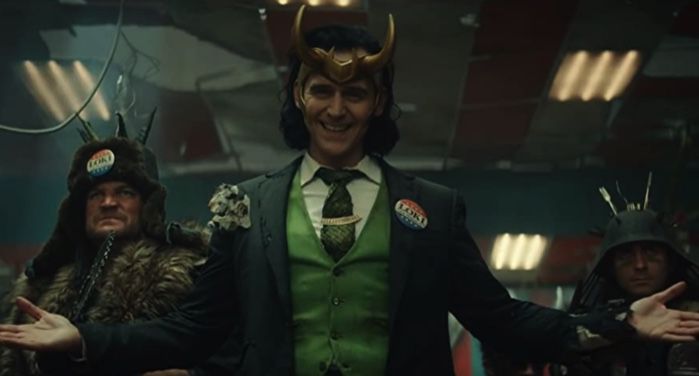 Marvel is really on a roll with their streaming shows lately! Next up is Loki, featuring Tom Hiddleston’s return as Thor’s mischievous younger brother. It will debut on Disney+ on June 11, 2021.

Marvel’s version of Loki dates back to 1962, when he debuted as Thor’s rival in the pages of Journey into Mystery #85. Casting Loki as the evil opposite of Thor’s virtuous heroism is a pretty gross oversimplification of the Norse myths from which Stan Lee, Larry Lieber, and Jack Kirby drew the characters. But we’re not here to nitpick that today. (Perhaps another post.) Instead, let’s take a closer look at Marvel Loki’s history and how it may impact — and already has impacted — the upcoming TV show.

There’s More Than One Loki

For decades, Loki was Thor’s archnemesis. Some writers gave him more nuance than others — I highly recommend Walt Simonson’s run, beginning with Thor by Walt Simonson Vol. 1 — but he was still little more than the bad guy. His main goals were to take over Asgard and to get revenge on his hated brother, Thor, and Thor’s pesky Avenger friends. This portrayal only started to change in the past decade or so.

In Siege, Loki helped Norman Osborn invade Asgard. When things spiraled out of control, Loki seemed to feel bad and threw in his lot with Thor and company, augmenting their powers so they could fight better.

Loki went splodey for his efforts, but this is Loki we’re talking about. He’s got contingencies for his contingencies. And so, not long after, he was resurrected as adorable lil Kid Loki, completely innocent of his past self’s crimes and bitterness. Everyone in Asgard came to like him for once.

But again…this is Loki. A fragment of his old self had survived the explosion, and he destroyed Kid Loki’s soul while taking control of his body. And yet, this Loki was completely unique from the older and the younger versions. He actually felt guilty for killing himself and resolved to forge a new and better path.

In case that’s not enough Loki for you, an evil Loki from an alternate future traveled back in time to muck things up for his past self, who decided that the only way out was to destroy and remake himself yet again. He has since restyled himself as the god of stories (as opposed to just lies).

If you’re counting, that means we have Original Loki, Kid Loki, Not Kid Loki, Future Loki, and New Loki. Given that the upcoming show revolves around Loki breaking time and being forced to fix things, perhaps we will get to see multiple Lokis there too, but man, I hope not. I need a family tree to keep track of all these Lokis as it is.

Loki Is Doing His Best

As part of his Be Best-er campaign, Not Kid Loki reunited the Young Avengers and joined their ranks. Towards the end of his time with the Young Avengers, Loki magically aged himself up to full adulthood. He did this so he’d have enough power to take on an interdimensional parasite targeting his friends. Marvel did this to sell more comics to the Hiddle-stans.

This Loki struck a bargain with the All-Mother, then-rulers of Asgard, to complete missions on their behalf in exchange for striking his original self’s criminal record from existence.

None of this is to say that Loki is nice — he makes a habit of abandoning his teammates in the middle of battle to work his own angles — but he is making a genuine effort to break out of the endless cycle of being Asgard’s designated villain, even after it turns out that the All-Mother would rather he stay in that role to secure a safe future for the rest of Asgard. So, if Loki‘s Loki does make a genuine effort at reform, expect resistance from those who prefer the status quo.

In the original myths, Loki sometimes wore dresses and/or shapeshifted into a woman. Recent writers, most notably Al Ewing, have interpreted this to mean Loki is genderfluid and portrayed him as such in comics like Loki: Agent of Asgard. Even Odin, god of bad parenting, now respectfully calls Loki “my child who is both son and daughter,” so no one else has any excuses, ever.

Given that the MCU’s idea of revolutionary queer rep is a five-second appearance by a random gay guy in Avengers: Endgame, I have no hope whatsoever that Loki’s genderfluidity will be acknowledged in the show. But it’s good to know.

At the end of the Loki trailer, you can briefly see Loki wearing a “Vote Loki” campaign button. This was lifted wholesale from the comics: Vote Loki, to be specific. After the whole “agent of Asgard” thing didn’t pan out, and after Loki destroyed and recreated himself yet again, he embarked on a new career path: politics! Seems like a natural fit for a professional liar/”storyteller,” doesn’t it?

Why did Loki decide to run for president, you ask? That’s left vague, though the comic offers several possible alternatives, none of which I will spoil here. It was fairly clear, however, that he didn’t actually want the job and had ulterior motives for throwing his horns into the ring. I imagine Loki‘s Loki is much the same in that regard. Would he be worthy of the name if he wasn’t?