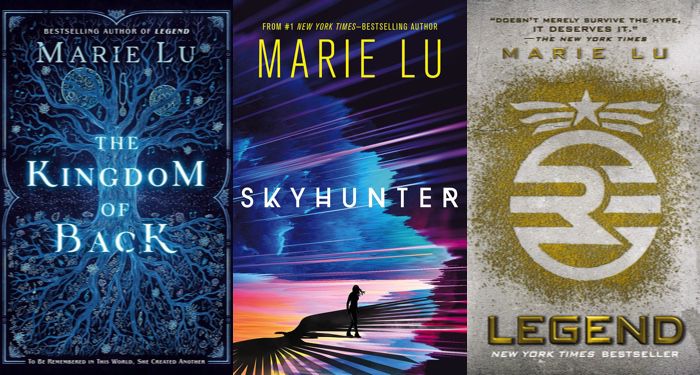 Young adult author Marie Lu is the type of writer who has a fantastical and fictional world for every taste. Featuring themes like romance, dystopia, and fantasy, Marie Lu is one writer who surely knows how to dive into different worlds and give readers something to talk about.

I remember moderating Marie Lu at the Coral Gables, Miami indie bookstore Books & Books in a live author event back in 2019 for the release of her last book in the Legend series, Rebel, and also that same year for the release of her Batman: Nightwalker graphic novel and book. As I conversed with the author in both instances, what really captured me about her writing process was how she takes these different characters and challenges them in different worlds, all with different personalities and goals in mind, opening them up to great adventures.

As one of my favorite authors, I wanted to share some Marie Lu books and series you should pick up based on your reading taste. I promise you, you will not be disappointed, and it’ll be a great introduction to this talented YA author.

If You Love Historical Fiction and Fantasy… 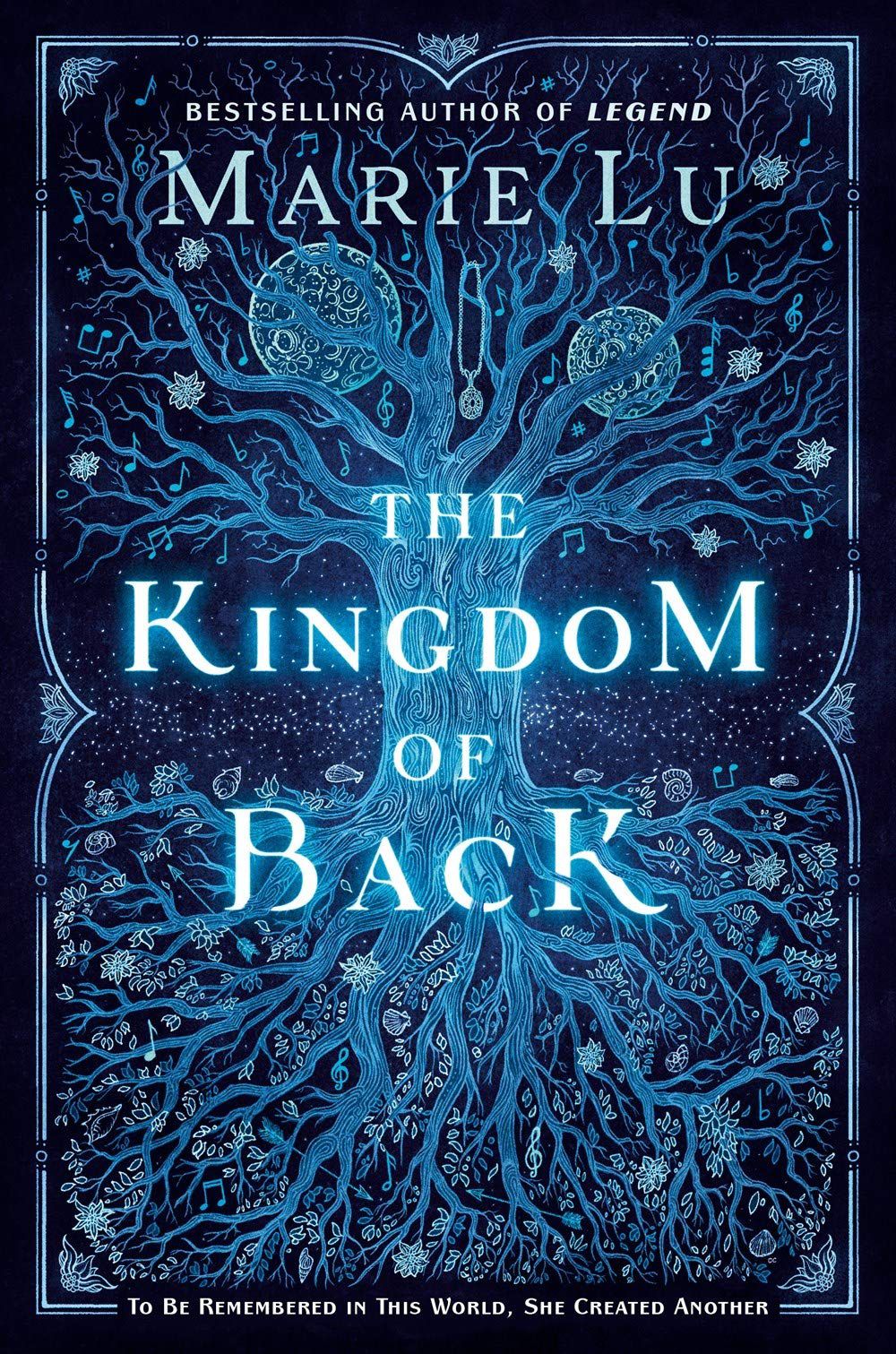 The Kingdom of Back by Marie Lu

This historical fantasy follows two siblings, one of them being classical musician Mozart and the other his sister. In the story, based on true events, Nannerl Mozart has just one wish, and that is to be remembered forever. But, being a young woman in 18th century Europe, composing is forbidden to her. She will perform only until she reaches a marriageable age, a rule that her father has made very clear, even as audiences are delighted by her playing. Not to mention, her brother Wolfgang seems to outshine her. Until one day a mysterious stranger from a magical land appears with an offer that could make all her dreams come true, yet at a huge price. Based on true characters and events, with a dash of fantasy, this standalone will appeal to those who love historical fiction.

If You Like Dystopian Tales With a Side of Romance… 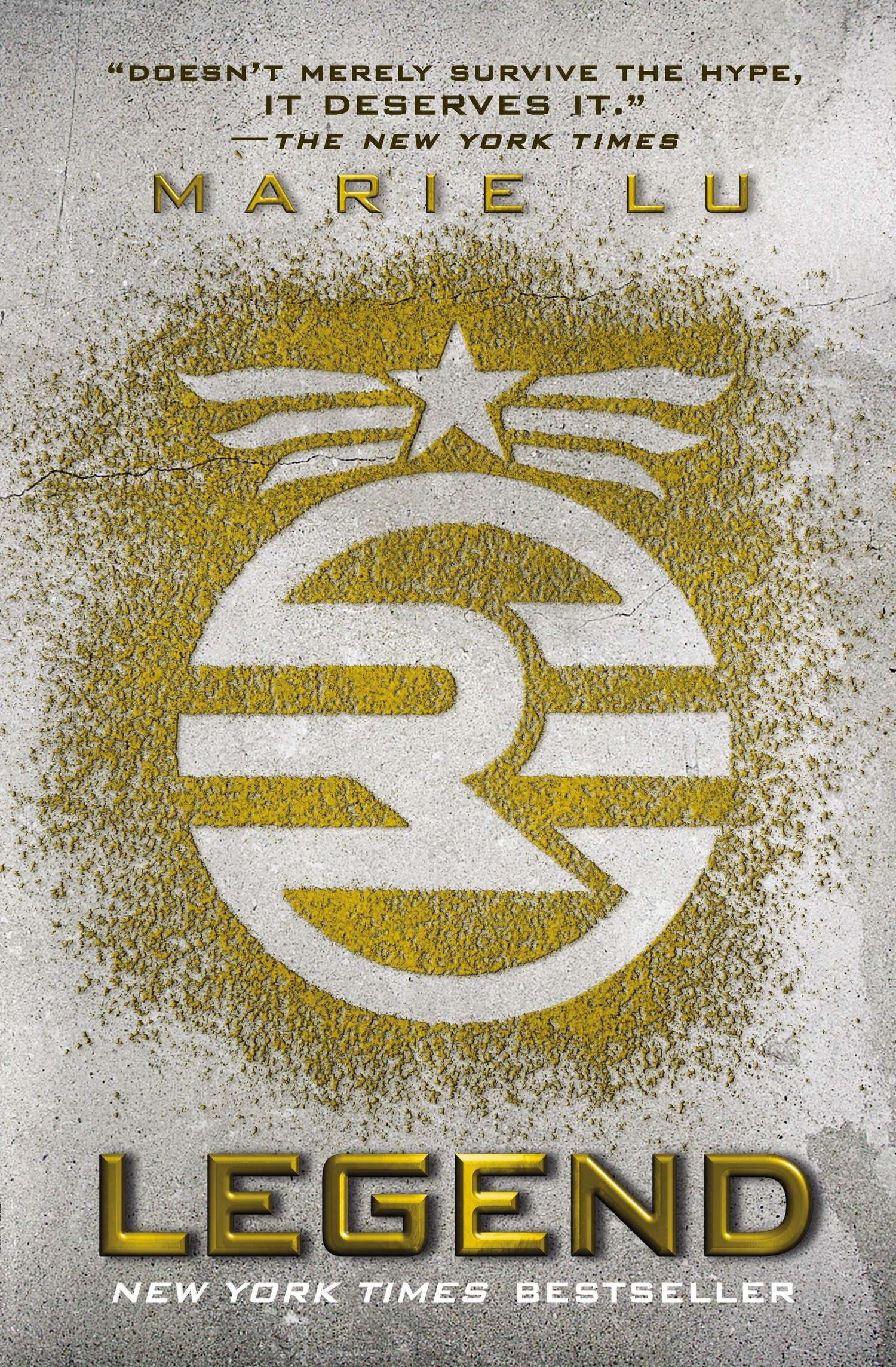 In this first novel in a four book series, Marie Lu explores a dystopian world full of erratic ups and downs. In the novel, what was once the western United States is now home to the Republic, a nation constantly at war with its neighbors. Born into a high-class family in one of the Republic’s wealthiest districts, 15-year-old June is a prodigy being groomed for success in the Republic’s highest military circles. Born into the slums, 15-year-old Day is the country’s most wanted criminal. But his motives may not be as malicious as they seem. Being from very different worlds, June and Day have no reason to cross paths, until the day June’s brother Metias is murdered and Day becomes the prime suspect. This book will have you turning pages quickly, wondering what will become of June and Day, and also eager to find out how these characters interconnect, and you will surely be picking up Prodigy, Champion, and Rebel to find out how this entertaining series wraps up. 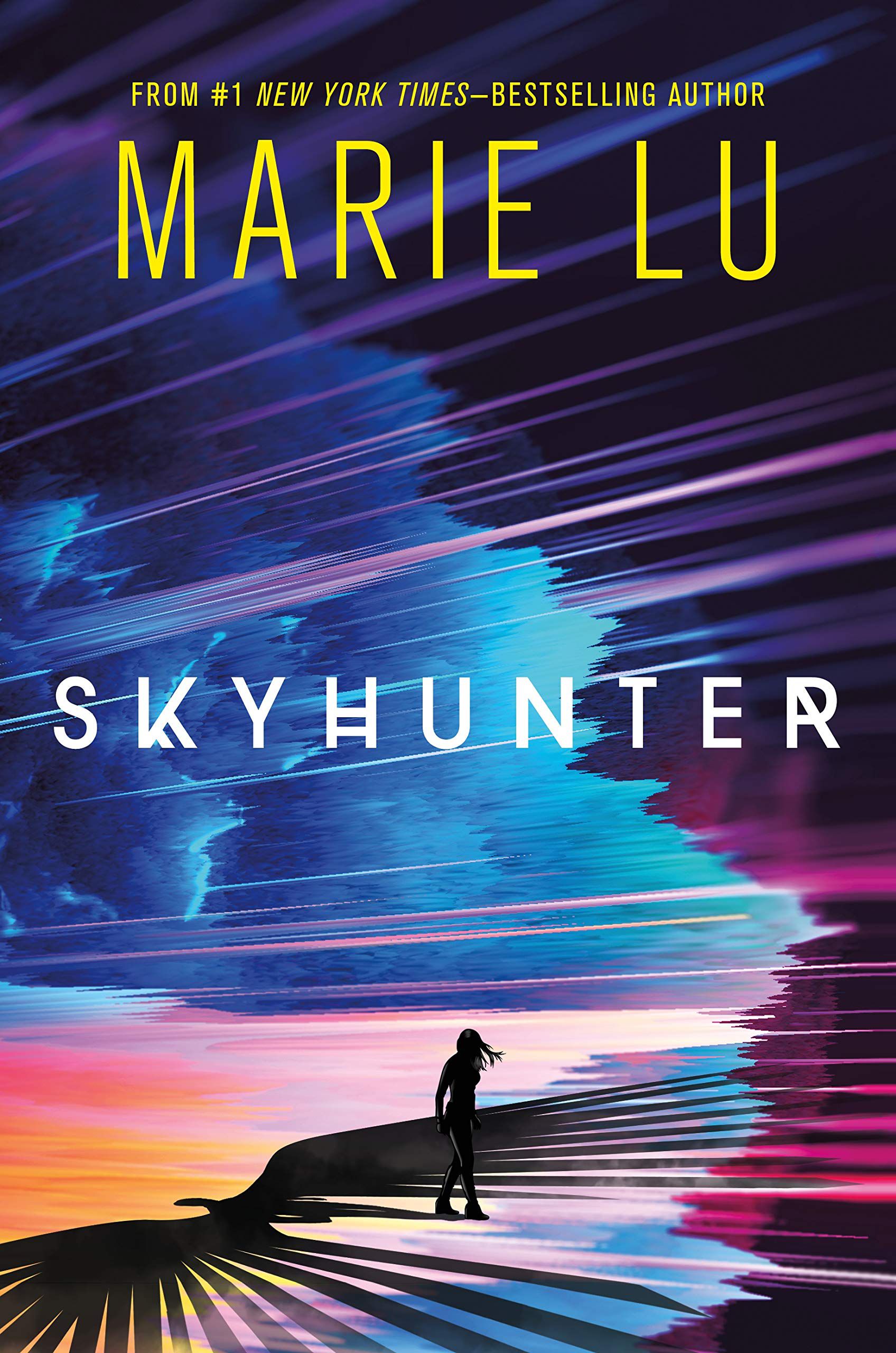 Recently released in the fall of 2020 and the first in a new dystopian series, Skyhunter follows Talin, a Striker who is a member of an elite fighting force that stands as the last defense for the only free nation in the world known as Mara. Being a refugee, she knows firsthand the horrors of the Federation, a world-dominating war machine responsible for destroying nation after nation with its terrifying army of mutant beasts known only as Ghosts. Then, in one instance, a mysterious prisoner is brought from the front of Mara’s capital, only to incite her curiosity. Or could it bring unfixable trouble if she decides to save him? In this book full of secrets that characters keep and action-packed suspense, you’ll be turning to the last page hoping for the sequel to release immediately so you can find out what happens next.

If You’re a Fan of Video Games and Cyberspace… 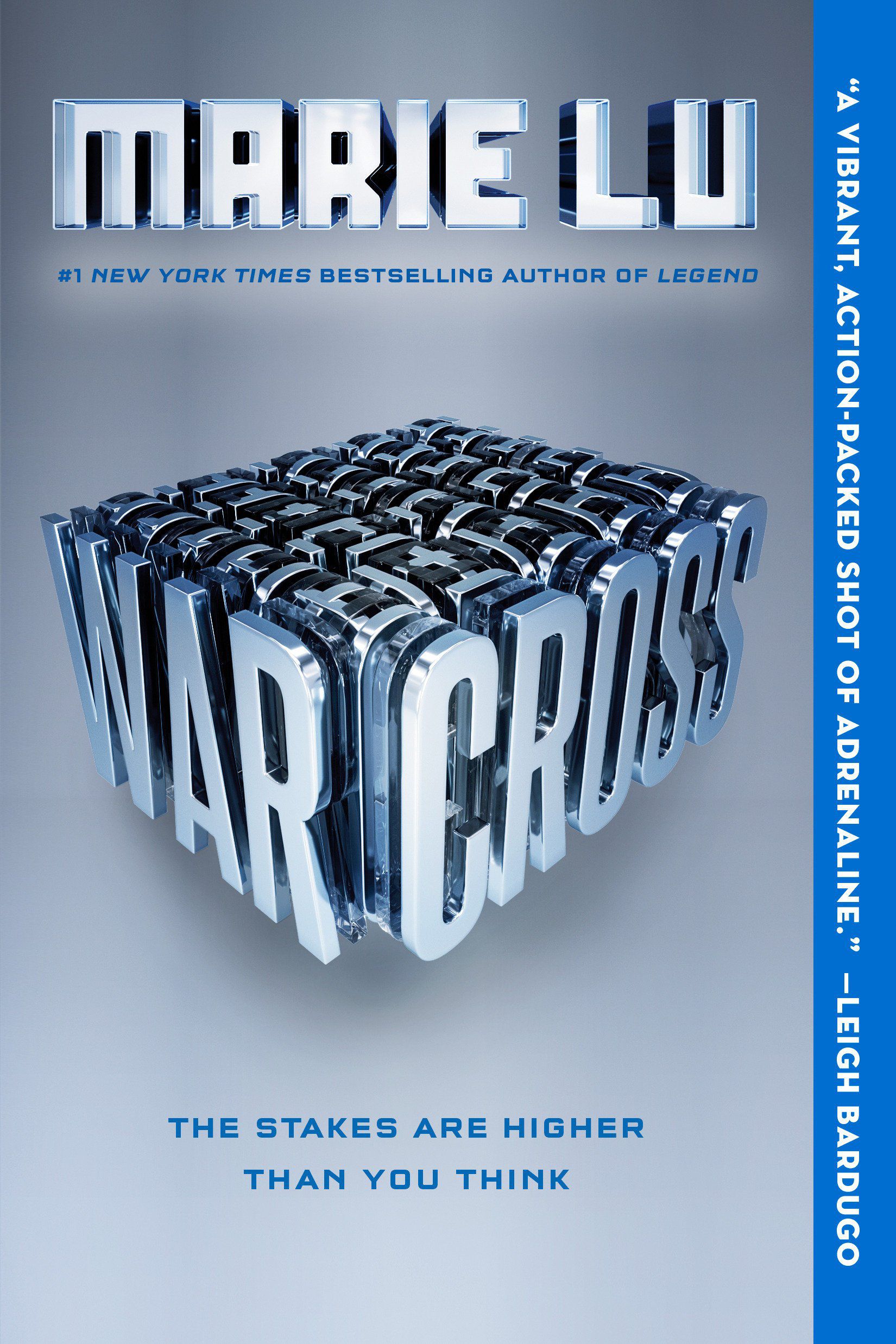 In this novel, featuring a futuristic world, the stakes are high and the characters are bold and brave. For the millions who log in every day, Warcross isn’t just a game, it’s a way of life. The obsession started ten years ago and its fan base now spans the globe, some eager to escape reality and others hoping to make a profit. Struggling to make ends meet, teenage hacker Emika Chen works as a bounty hunter, tracking down Warcross players who bet on the game illegally. Until Emika takes a risk looking to make more money and decides to hack into the opening game of the international Warcross Championships, only to have a glitch make her the centerpiece of the game, with all eyes on her. She then catches the eye of billionaire Hideo Tanaka, who makes an offer she can’t refuse: he needs a spy. Suddenly, Emika is whisked away to Tokyo, and she faces challenges no one can fathom. The first in a duology, Warcross is followed by Wildcard, where Emika’s world is turned even more upside down. Expect romance, action, and a lot of cyberpunk attitude from this story.

If You Like High Fantasy and Stories About Warriors… 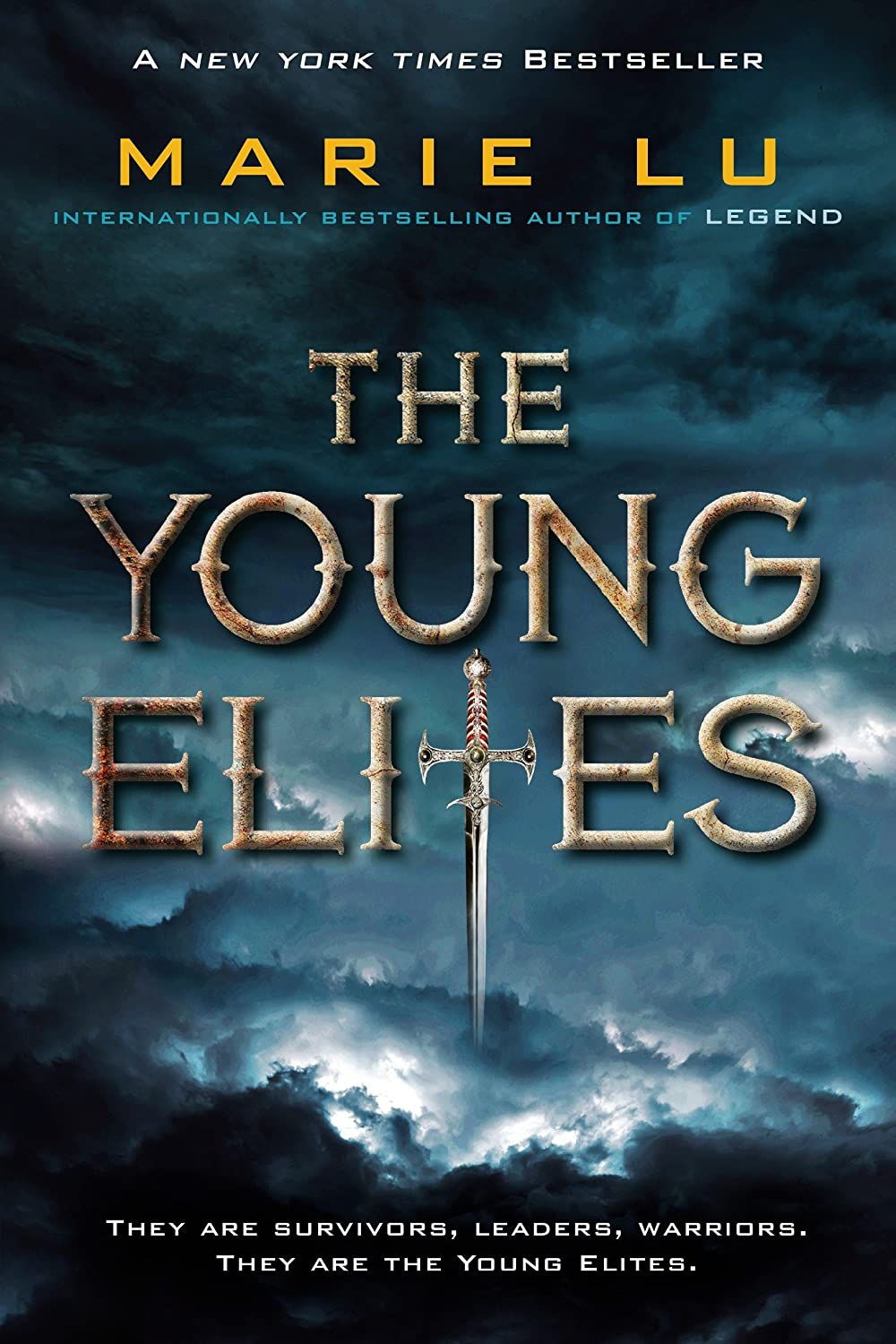 The Young Elites follows three characters and a destiny that could destroy them all and all are affected by a group known as the Young Elites. Adelina Amouteru is a survivor of the blood fever, Teren Santoro works for the king, and Enzo Valenciano is a member of the Dagger Society; their lives intertwine after a deadly illness swept through the nation a decade ago. Most of the infected perished, while many of the children who survived were left with strange markings. But some of the fever’s survivors are rumored to possess more than just scars and are believed to have mysterious and powerful gifts, and though their identities remain secret, they have come to be called the Young Elites. This three-book series start will have you enjoying the expansive world and character development and dying to pick up the other two books, The Rose Society and The Midnight Star, to see what happens next and how the story concludes. 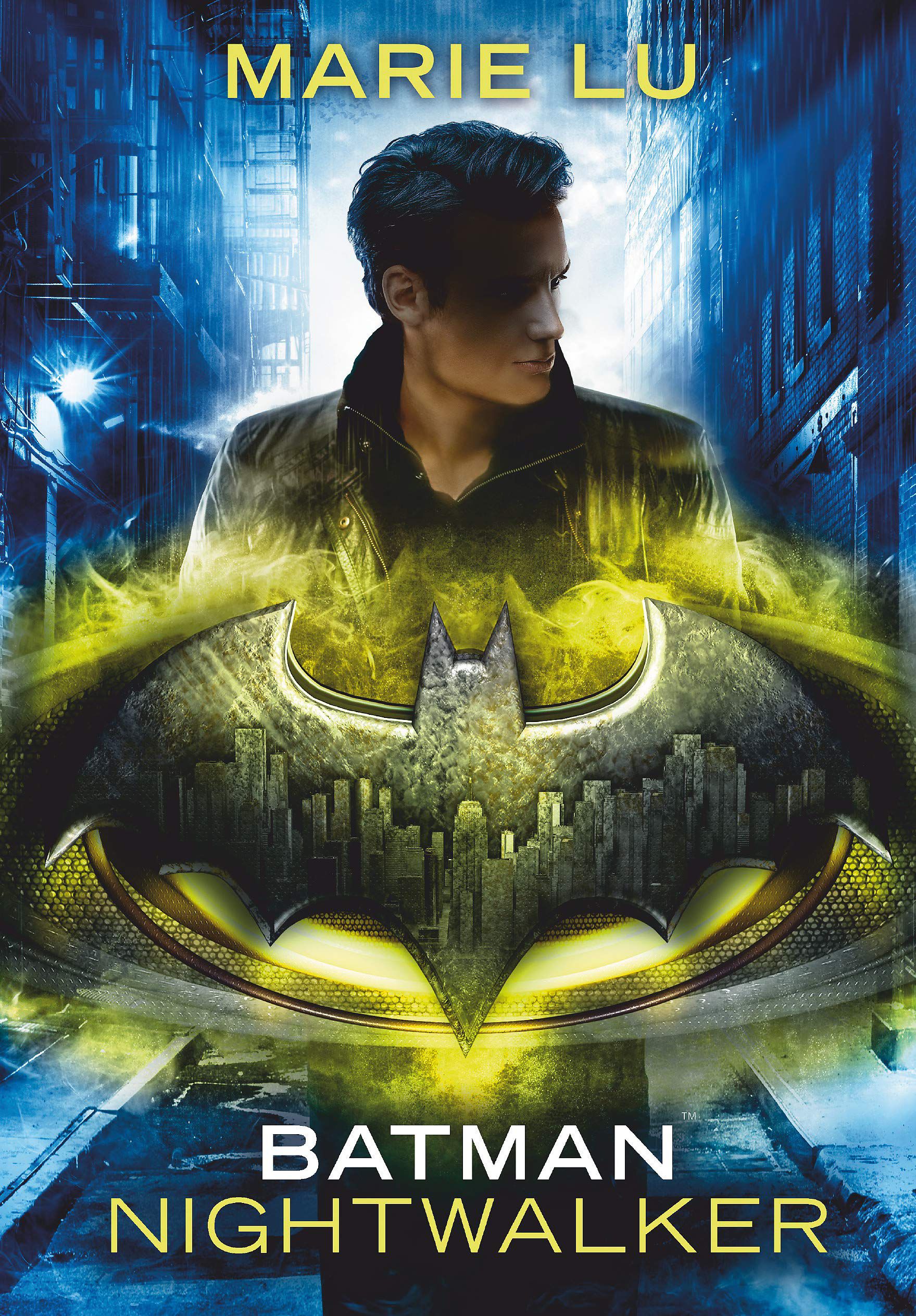 As part of the DC Icons series, this standalone novel features a young Bruce Wayne, a reckless young man willing to break some rules for a girl who just might be his worst enemy. In the book, the Nightwalkers are terrorizing Gotham City, and Bruce Wayne is next on their list of targets. Bruce is turning 18 and inheriting his family’s fortune, not to mention Wayne Industries and all the technology that he could ever want. One night, on the way home from his birthday party, he makes a choice that leads to community service at Arkham Asylum, the infamous prison where Gotham’s enemies reside. There, he meets Madeleine Wallace, a killer with a connection to the Nightwalkers who could lead him to a lot of trouble. Filled with edgy characters and fast-paced action, this tale is a great take on Batman’s origin story as a teen Bruce Wayne.

Which book by Marie Lu have you read? If not, which one do you plan to pick up first based on this list? Let us know at @BookRiot or let me know at @AuroraMiami.