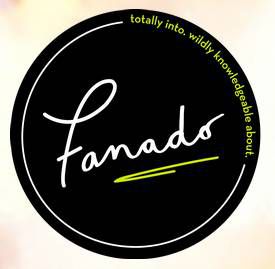 Margaret Atwood, the acclaimed author, novelist, and poet, seems like she can do anything. At age 72, she’s still writing fiction that garners high praise from both critics and readers, and she’s actively engaged in new media of all sorts, as well as in developing new technology (more on that in a minute). Yet with all of that, Atwood was recently rejected–by crowdfunding site Kickstarter.

How could this happen? As Atwood herself might say, “Thereby hangs a tale…”

It started with the Long Pen, and I was there at the London Book Fair in 2006 when Atwood demonstrated to a rapt but also slightly bemused crowd how her new technology (developed with inventor Matthew Gibson) would allow authors to provide actual autographs to readers hundreds and even thousands of miles away. While the London Book Fair “test” of the Long Pen famously failed due to a tech problem, I was sufficiently impressed by Atwood’s ingenuity and grace under pressure to use my small measure of clout (I was then working for AOL under the banner of Time-Warner) to bring the Long Pen team to BEA. Watching Margaret Atwood introduce authors from Sebastian Junger to Tracy Ullman to Harry Shearer to this new technology was indubitably worth it.

Atwood was passionate about getting access to authors for people who normally wouldn’t be able to meet them, whether because of geography, demand, or even infirmity. She described having Norman Mailer sign books for people at the Edinburgh Book Festival: “He was jolly well there, in living color! That was the last public event he did, too.” Unfortunately, at that time, the Long Pen’s clunky architecture and high price meant that although it could be used to bring a famous figure to faraway places, the practical application didn’t always pan out.

But Atwood perservered. I asked her to give me the briefest recap of the evolution of her idea, and she replied drolly, “Well, we can start with cave scratchings…” However, she quickly moved on to recall that the modern “book tour” really took shape from “coffeehouses. I remember my first reading, in 1960 in a Toronto coffeehouse. It was that kind of feeling, of artists connecting with their fans in small venues like City Lights Bookstore in San Francisco, for example, that gave birth to the idea that writers could go from place to place.” It was later in the 20th century, Atwood says, that she realized not only that going from place to place could be wearisome for those writers–but that not every place got access to them. “It was the ‘winner takes all’ paradigm,” she says. “Big cities with big bookstores got the ‘A’ list, and other cities, despite having excellent bookstores and lots of readers, never saw any authors come through on tour.”

Fast forward to 2012. The Long Pen spent a brief period as “iDoLVine,” but Atwood, who has been an enthusiastic and consistent participant in social media, especially on Twitter (see her NYRB pieces here and here about the site), realized that there was more to be added. Hence her latest iteration with Edelman and Gibson, “Fanado” (pronounced like “fan” plus the end of “aficionado”). The Fanado mobile apps will allow the iDoLVine combination of virtual signing and video connection to be connected with social chat, commentary, and sharing.

What’s the catch? The same as for anything else: The Fanado team needs money. They chose to crowdsource funding, and put together a text- and video-based package for Kickstarter. Alas, “We were rejected by Kickstarter,” Atwood told me. “They told us we didn’t meet their criteria. I still have no idea why.” The same package was accepted by IndieGoGo, where as of this writing it has raised $1,235 of its proposed $85,000 in one day, with 44 to go (July 28th is the project’s deadline).

Our team here at Book Riot took a look at the Kickstarter guidelines, and think we may know why Fanado was rejected: It does not have a finite goal. Should you contribute to Fanado? I’ll be taking the full tour of the Fanado experience, and recapping it for you here early next week. Stay tuned for how a Kickstarter reject like Margaret Atwood means to make good via a different platform!