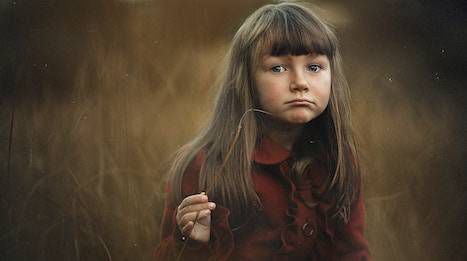 This is a guest post from Jennifer Marer. Jennifer is a biology student and aspiring writer. She loves fantasy, science fiction, and children’s books. Her favorite living creatures are her cats (and also probably her parents), and sharp cheese is the greatest gift someone could give her. She isn’t the worst at describing herself, but she also isn’t the best.

Check out her website science2magic.com to explore different ways on combining fantasy writing and science!

In elementary school, I never really noticed just how many of my favorite characters didn’t have parents. I had to come upon the realization a childhood and a half later, writing book recommendations for my friend’s little cousin. Each plot summary would start with:

“Harry Potter is an orphan who realizes…”

“Alex Rider is an orphan who is thrust into…”

Children’s writers don’t kill off parents for fun. (Well. Maybe with a little fun.) Our favorite heroes grow up parentless for a purpose. Here are five reasons why so many kid’s lit characters are orphans.

“[I]t would be simply impossible for me to put at risk any child who wasn’t alone. No matter how important the cause, parents are disinclined to send their children into danger, as well they should be.”

My favorite children’s novels always feature an adventurous kid as the main character. These types of books present a problem for their authors: how can a child realistically put themselves in danger with their parents waiting for them at home? Writers can add a secret identity or other devices to justify this dilemma, but otherwise a hero’s parents can create a lot of plot holes. Sometimes it’s just more convenient to avoid the mom and dad altogether.

To Develop the Characters

Children’s novel protagonists are usually meant to be role models. They offer young readers lessons about goodness, hope, and strength. To do this, sometimes these characters face a traumatic experience.

Killing their parents is a pretty good example of a traumatic experience.

In Frances Hodgson Burnett’s A Little Princess, an already motherless Sara Crewe loses her father while she is at boarding school. She falls from luxury into poverty. As heartbreaking as the death is, Mr. Crewe’s passing is necessary in showing Sara’s strength. While rich, she is humble, and while poor, she is resilient. Orphaning Sara helps with her character development, and young readers also coping with grief have someone to relate to.

And hopefully someone to look up to.

There are details that can slip by without changing the plot. Whether Legend’s Daniel “Day” Wing has long or short hair isn’t important to his storyline. On the other hand, the death of his mother is essential.

Legend is a dystopian story by Marie Lu that focuses on rebellious outlaw Day and government spy June Iparis. June is sent undercover to catch the rebel, but they fall in love and her loyalties are conflicted. June ultimately causes the death of Day’s widowed mother, and Lu uses this betrayal as the climax of the novel. The rest of the plot rides on the two characters’ abilities to trust each other again. Like A Little Princess and many other children’s novels, Legend’s orphaning of a main character is a turning point of the story, and without it, the plot would be completely altered.

Children’s books have to be thrilling enough to keep their young readers engaged. An orphan’s past can provide the mystery and suspense a story needs to keep interest. Our protagonists usually don’t know much about their parents, and this opens up a world of secrets waiting to be written.

Perhaps even a magical world.

Events that tie Harry Potter to his parents’ past appear throughout the series as important points of reveal to both Harry and the readers. In Harry Potter and The Prisoner of Azkaban, he learns his mother and father had a childhood friend that betrayed them. The scene is a touching, intensely emotional moment, and the suspense building up to his realization keeps young readers eager for the next chapter. Mystery around dead parents isn’t a device used only by Rowling, but it might have helped her create the most popular fictional orphan today.

Maybe most importantly, orphans emphasize the meaning of family.

Children’s novels are filled with messages of love and forming relationships. Orphans are often alone at the beginning of their story and slowly find a home among others. Mary in Frances Hodgson Burnett’s The Secret Garden is bitter and lonely after her parents’ deaths, but by the end of the book, Mary finds herself happily surrounded by friends who love her. Through using orphans as the protagonist, writers can better contrast the characters’ lonely beginnings to their happy endings. The love these characters have for their new families is only highlighted by the lack of love in their lives before.

And although they might not begin with a family, these characters certainly create one in the readers they inspire.