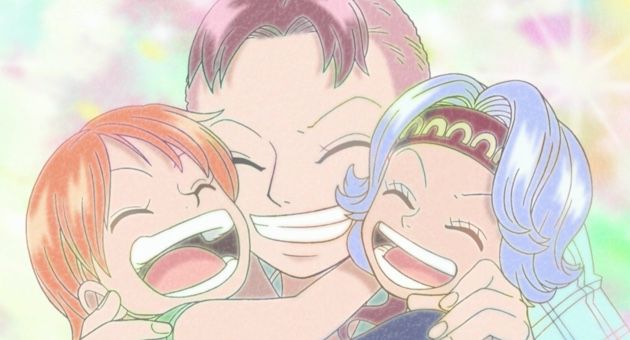 This list of manga sisterhoods is sponsored by The Summer of Sunshine & Margot by Susan Mallery.

Found families are a staple of many manga series. People coming together under various circumstances to watch out for each other? Talk about one of my favorite bulletproof tropes! I like all types of found families, too. Do they form close bonds because they’re otherwise alone in the world? Do they have a common goal—like an oppressive government to take down? Sign me up!

But my most favorite variations of the found family trope involve manga sisterhoods. As someone who reads a lot of shonen and seinen manga, predominantly female casts are in the minority, unfortunately. So when I find a title that features strong familial-like bonds between women, I immediately get excited. Ranging from women who are sisters in every way except for blood to women who support and fight for each other, I love them all.

So, to celebrate Sisters Day, I wanted to highlight a few of my favorite manga sisterhoods.

Nami and Nojiko (One Piece by Eiichiro Oda)

Nami and Nojiko are an example of women who are sisters in all ways except for birth. Both women were adopted by a former Marine named Bell-mere, Nojiko as a little girl and Nami as a baby. Bell-mere raised them like the tough, loving woman she was, and when that maternal love led to the ultimate sacrifice, all the girls had left were each other. Nojiko supported Nami even as she concocted an outrageous plan to free their island home from pirate control, and she still supports her younger sister even though Nami has become the navigator of one of the most audacious pirate crews to sail the world. The best part is that the depth of their sisterly affections are often hinted at through visual details. Not just by the way Nojiko reads about Nami’s exploits in the newspapers, but also in the bracelet Nami wears—which was first seen on Nojiko’s wrist.

Amir and Pariya (A Bride’s Story by Kaoru Mori) 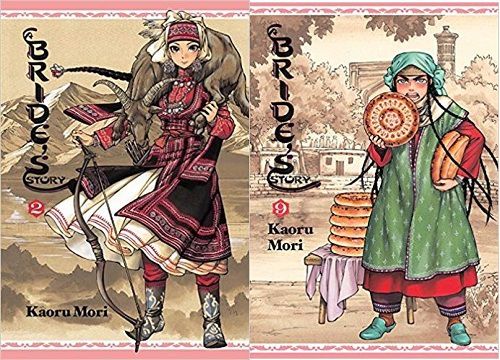 Amir and Pariya from A Bride’s Story

It can be argued that all the women in A Bride’s Story form a sisterhood. As implied by the title, they’re brides or soon-to-be brides. We even have a pair of twins in Laila and Leyli, whose schemes to land a rich husband don’t turn out as planned but still end satisfactorily. But I especially want to focus on Amir—the first bride we meet in the manga—and Pariya. Although the two young women seem very different, they have a lot in common. Born into a nomadic tribe, Amir marries into a family that lives in a small village. Sweet and kind, she’s nonetheless looked down upon because she’s considered old for a first-time bride. Pariya, on the other hand, is a talented baker but her outspoken nature puts off many people. You wouldn’t expect these two to forge any sort of friendship, let alone a sisterly one, but Pariya’s blunt manner balances Amir’s sweetness. And I’m not going to lie. There’s something delightful in seeing Pariya’s consternation when she compares herself to Amir. Don’t all little sisters feel dismayed at how they’ll never compare to their perfect older sister? Because let’s be real, Amir can seemingly do everything!

The Claymores (Claymore by Norihiro Yagi) 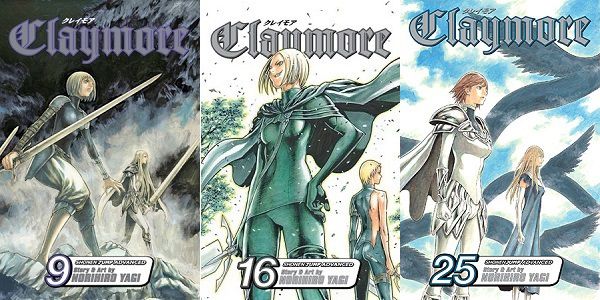 The women warriors of Claymore have each other’s backs.

Specifically, I refer to the women who become Claymores after the second generation. (For people who haven’t read the manga, Claymore are human weapons made for the sole purpose hunting down demons. The first generation were all men and were all considered failures. Every Claymore generation afterwards have been all women.) While there are blood sisters and twins among the Claymores, the majority are girls who were separated from their birth families in one way or another. As a result, these women warriors form relationships as they carry out their mission to kill demons. Sometimes these sisterly friendships end in tragedy. Sometimes they become unbelievable sources of strength. You need only look at the Claymores who gather around series protagonist Clare to see how cooperation and support has helped them survive.

Do you have any favorite manga sisterhoods? Or are you new to manga and want to learn more about the medium? Here’s a beginner’s guide to manga to get you up to speed. If you’re looking for manga to read, we also have a list of the best manga.