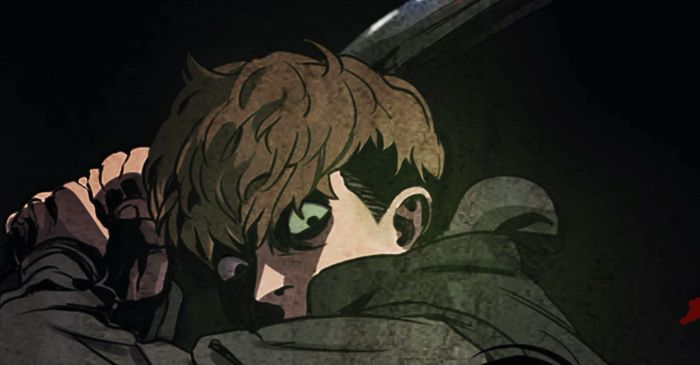 Killing Stalking. Killing and stalking. Yup, the title definitely fits this story and gives us information of what you can find inside. Killing Stalking is a dark, psychological horror story that quickly gained a lot of attention. Soon after, it won the grand prize award in Lezhin’s 2nd World Comic Contest, so it’s not a surprise that people want to read manga like Killing Stalking.

Killing Stalking is a manhwa written by Koogi and first published in 2016. The story follows Yoon Bum, a quiet guy who has a crush on popular Sangwoo. The crush turns into obsession very quickly and one night, Yoon Bum finds himself entering Sangwoo’s house while the other is away. When he finds a woman imprisoned in Sangwoo’s basement, the reality of it all slaps him in the face: Sangwoo is a serial killer. And he just became his captive.

Before reading the story (if you haven’t yet) you should be aware of the content. The manhwa deals with heavy themes like rape, abuse, violence, gore, torture, death, sexual assault, and so much more. This is a manhwa for 18+ readers. We also want to emphasize that Killing Stalking is not a romance. 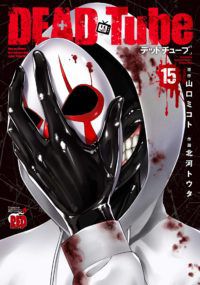 Tomohiro Machiya is asked by Mai Mashiro to film her for two days, nonstop. Everything seems normal until Mashiro kills her “boyfriend.” She then surprises Machiya by uploading the video to a website called Dead Tube, where users post videos and are rewarded with money based on the views they get. The better the views, the better your life. Because if you get the fewest views, you have to pay for the expenses and the crimes of all the participants!

The Warehouse by Killer Whale

Dohyun remembers fondly his high school days. He wishes to go back to that time, but it’s impossible—he’s now 28 years old and selling cellphones for a living. Not the life he envisioned, but that’s what he got.

His life really takes a turn for the worse when he gets kidnapped and wakes up in a warehouse. The scar-faced kidnapper wants too much from him, mainly to remember certain things in his life. But Dohyun is finding it hard to think of anything except his current situation.

One of my favorite horror stories, Tokyo Ghoul follows the life of Ken Kaneki, a college student who has a deadly encounter with Rize Kamishiro. It’s at that moment when his life turns into a tragedy.

After his encounter with Rize, he is taken to a hospital where he undergoes surgery. But instead of returning to his old self, he finds out they have made him a half-ghoul, a being that has to consume flesh to survive.

A few years ago, escape rooms became a sensation. You saw them in movies where, most of the time, the situation ended up deadly. While this might make people fearful of entering an escape room, the guy from this manhwa has no choice but to participate.

He wakes up inside a room with no knowledge of how he got there in the first place. With some luck, he manages to enter the second room, only to find a new person inside. Clues, creepy closets, and deadly decisions will bring excitement and terrifying moments to his life.

Manga and Manhwa With Serial Killers 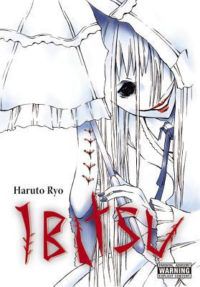 This horror manga brings readers an urban legend about a girl in Gothic Lolita clothing asking passersby if they would have a little sister. If you don’t reply, your life becomes a living hell. But if you do, this evil monster kills your little sister (if you already have one!) and becomes your new sibling. So either way, it’s not looking good for you.

This is the story of Kazuki and how he encounters this being.

A girl wakes up on top of a building, not remembering how she got there. In front of her, she sees a dead man with his head split open. And a masked figure holding an ax!

When she is out of danger, she realizes she isn’t in Tokyo anymore, but in an unknown city where skyscrapers take up all the space. You can’t go down or else you will die, so the only way to not get killed is to fight these masked figures or jump off of the tall buildings. 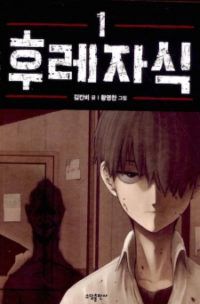 This is a psychological thriller where the main character finds himself living with a serial killer who just so happens to be his own father.

Jin has a difficult life. In school, he constantly gets bullied for his disabilities. But it’s back home where his problems really reside because he has to witness his father kidnap women and kill them in front of him. How can he stop his father’s reign of terror without becoming the next victim?

The Murderers by S.P. Potato

Everyone dies, and these three people know it too well. In fact, they have mastered the art of killing perfectly, drawing the attention of one company that is interested in hiring them for a job: kill in any way they please, but leave the bodies for the company to use.

With a comical air, this story brings together three similar people who kill for different reasons. They don’t trust each other, they even hate each other. But somehow, now, they’re working together! 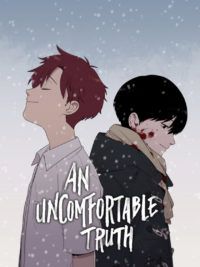 An Uncomfortable Truth by EErun

This manhwa grabs your attention instantly when you find out, in the first chapter, that a high school student has just murdered eight people with a knife. But how did it happen?

An Uncomfortable Truth tells the story of two brothers, Jaeha and Yoseob, and the mysterious relationship between them. You get to witness their lives, going to school, having crushes, and…Yoseob’s obsessive love towards Jaeha. You better not get cozy with Jaeha because his little brother is watching.

Jinyoo hasn’t left his house for one whole year. Because of an abusive father and the bullying he experienced in school, he prefers to stay inside the walls of his room. One day, when he goes to the convenience store near his house, he gets kidnapped by his high school classmate, Gyuh-wool, who has an obsession with him.

This comic contains triggering content, such as graphic depictions of violence, imprisonment, bondage, and rape.

You better sleep with one eye open when you’re done reading these mangas and manhwas. If you want a cleanser after experiencing all of that, how about reading some romance comics or manhwa like Solo Leveling?