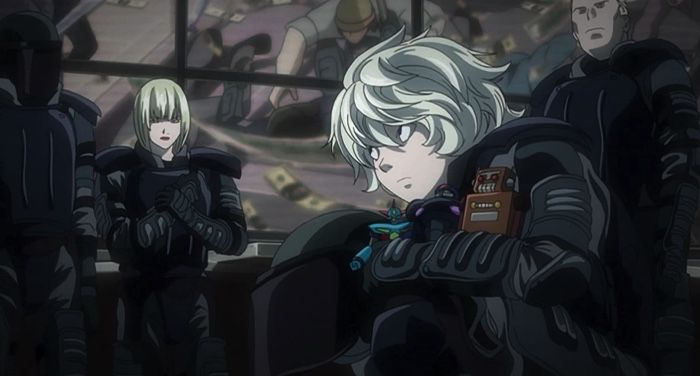 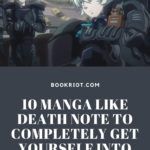 Death Note is still one of the most iconic and popular manga out there. Many readers look for more manga like Death Note. You might have heard about the killing notebook, the Death god, the dark atmosphere surrounding the characters and the rivalry between a high schooler and a consulting detective. Twelve volumes with 108 chapters and Death Note is done. But it will never disappear because people, young folks, new readers, etc., continue to pick up this manga and read it because its legacy is beyond us.

If you haven’t heard about this story, it starts with Light Yagami, a high-school student, who finds the “Death Note”, a black notebook that can kill anyone if the user knows the name and the face of the person being written. He sets out to create a utopian world, but obviously things gets a bit complicated when a Death god appears, the last owner of the book. Interpol gets involved and with them a very highly esteemed consulting detective who sets out to capture Kira.

Like with the One Piece article, I will be categorizing the manga like Death Note into sections and small categories based on elements found in Death Note. It’s impossible to find a manga just like it, but you can find stories that feature elements that you loved from Death Note. 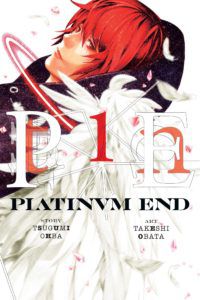 His middle school days are over and when Mirai is about to start high school, his world is turned upside down. He is pitted against 12 other chosen humans in a battle in which the winner becomes the next god of the world. Tempting, right? He also has an angel in his corner. Still, he doesn’t know what the other chosen humans are planning or who they have rooting for them.

Yato is a homeless god. This is because he doesn’t have a shrine! He has no worshippers, so no one believes in him. Though he plans to change that by doing small tasks and favors for a small fee. He just wants to become a famous god who everyone knows. A run-in with a high-school girl is going to alter his plans.

Ichigo Kurosaki has always been able to see ghosts. But a close encounter with a Hollow and Soul Reaper, Rukia Kuchiki, will give him powers he never imagined before. The Soul Reaper only thought of giving him a bit of her powers, but much to her surprise, he absorbed every last bit of her energy. Now he has to take on the task of protecting humans from the Hollows and help the spirits find peace.

If you want vampires, Devils’ Line takes them to another level. Tsukasa, a college student, is saved from a devil attack by a half-devil. He then gets involved with a shadowy police force that specializes in devil-related crime in Tokyo. 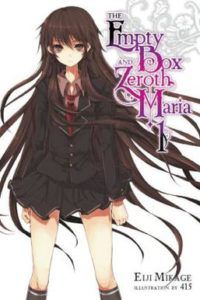 The Empty Box and Zeroth Maria by Eiji Mikage

The arrival of a transfer student shattered Kazuki Hoshino’s world. Because this mysterious student says she has met him a thousand times, but he has never seen her before that moment. It is there that she declares war on him for a crime he doesn’t even remember committing!

Who loves hackers? Takagi Fujimaru seems like a normal high-school student but he is in fact a genius hacker named Falcon. When his father is framed for murder, he will use his hacking abilities to find out the truth and clear his father’s name. But digging up the information and finding out more truths, he begins to wonder if everything is just as it seems. It wasn’t a simple murder, it was more than that. 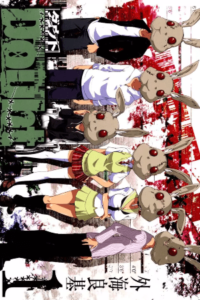 Rabbit Doubt is the new game everyone is playing. A group of teens decide to meet offline, but things don’t go their way when they wake up trapped in an abandoned building with bar codes tattooed on their bodies and a corpse in the room. To stay alive, they have to find the wolf in their midst.

The game is about to start. Nobuaki and his classmates suddenly receive a text message that tasks two people from the classroom to do certain things; it starts off being a kiss, a hug, but slowly it escalates into more extreme tasks. And when you don’t fulfill them, you end up dead the next day.

Real Account is the new social networking service. Everyone is addicted to it, but suddenly Ataru and almost 10,000 people are sucked into the Real Account Zone, where they become players and have to perform in deadly games. If you lose all your followers, you die in real life.

This academy has the best of the best. The most influential people send their kids to this school. But this school is not what you think. Here, the students gamble to be at the top of the pack. The winner of the games live like kings and the losers are put at the bottom and are treated like trash.