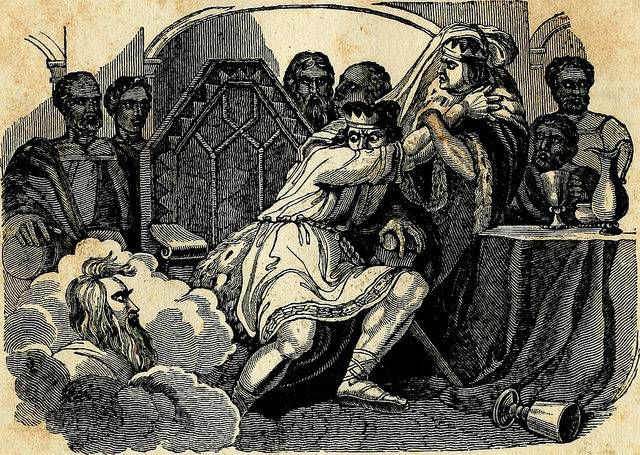 Did you read the Daily Telegraph yesterday?

You’d be forgiven if you didn’t. For starters, it’s Christmas, and if you celebrate Christmas you probably don’t celebrate it by reading moody op-eds in Britain’s conservative-minded mouthpiece for cranky old white people. Also, legacy media, so unless an incensed comics fan tweeted the link to you you likely didn’t see it. Also also, if you were smart, you were doing something better with your time. Like reading comics.

But alas, dear readers, I was reading the Daily Telegraph yesterday, when I happened upon an article I’m sure I’ve read no less than a dozen times before. Yes, dear readers, I read “Nothing Funny about Adults Reading Comics” by someone named Allan Massie.

In spite of my general desire not to engage with the foolish “comics are all grown up!” rhetoric of mainstream media’s coverage of comics and comics culture, I felt like I had to respond to this one. It’s just too perfect an example of what is wrong with these trite, tired, rehashed arguments. So here’s my official response to Allan “Kids Are Stupider Now” Massie.

When I lived in Italy 40 years ago I was surprised by the number of adults reading comics on buses and trains. So much for Italian high culture, I thought. So much for the land of Dante and Boccaccio. In Britain in those days, any adult who read comics considered the habit a guilty secret, and gobbled up DC Thomson’s Commando comics (with German soldiers snarling “donner und blitzen”) only in the privacy of the lavatory. Some may still regard the sight of grown-up men and women (though it’s usually men) reading comics as a mark of the infantilisation of our society and culture. But the truth is that the comic book has come up in the world. It has become a respectable way of telling stories. It’s no longer only for those who move their lips as they read.

OH I GET IT BECAUSE COMICS ARE FOR STUPID PEOPLE AND PEOPLE WHO MOVE THEIR LIPS WHEN THEY READ ARE ALSO STUPID. This is really excellent and highly nuanced social commentary.

You see what he’s doing here, right? He’s pretending to see both sides of this issue so that when he starts slathering nonsense on his keyboard we’ll think it’s fair and balanced. And yet, in spite of this care and attention, his perspective on comics is clear. Let’s count the ways this passage is foolish:

The first stories people told each other were doubtless delivered orally. But it wasn’t long before there were visual stories, cave-paintings and then graffiti. Most people were illiterate, but they could listen to words and follow a story told in pictures. These were the ways in which biblical stories were commonly presented in medieval times. A painting doesn’t need words, but if you discount abstract art, then the Edwardian artist WR Sickert was surely right when he said “every painting tells a story” – though you may have to work it out for yourself.

He’s going to go on now and describe a series of comics from when God was a boy, which I will omit here, but for this one great non-sequitur:

It may have been a minority taste. The American Peanuts strip certainly wasn’t. Its characters, Charlie Brown, Snoopy et al, all achieved global fame. I was introduced to it by Dylan Thomas’s son, Colm. He was sure his father would have loved it.

This is great because there is no context at all for this name drop. I am tempted to tell you about the times I went to Dylan Thomas’ boathouse (twice!) and how that makes me an expert on anything I might care to discuss in the Daily Telegraph, but I’ll refrain.

The emergence of the graphic novel – original fiction published in comic-strip form – take this one step further. It’s a safe bet that many ambitious young writers are now seeking a drawing partner to produce work in this form. Of course novels have always been illustrated, but in graphic novels, the pictures are at least as important as the words – the narrative is carried forward in both media – and the writer and artist are equal partners.

Is that a thing? Are lots of writers, frustrated because they can’t get published by the word-based media, seeking out artists and becoming comics creators? Is this an actual thing? Because it sounds asinine. To write a novel well is not the same skill set as to script a comic effectively.

I like the part about the pictures being “at least” as important as words. “At least.” There’s a complex formula we use, actually, to deduce which is more important. Oh wait, maybe it’s that both pieces work together to create a new and different whole? And maybe this thing isn’t threatening to literature, but just another way of telling stories? I’m just spitballin’ here.

The graphic novel, like the comic strip, has its limitations. It’s good for narrative, wit and humour, but not for reflection and analysis.

… Maus happened, right? That wasn’t an elaborate fever dream I had? Reflection and analysis is possible any time a story is well-told by creators who seek to have us wrestle with big ideas. I’m not going to list every emotionally impactful comic I’ve read. I’m just going to suggest that maybe people refrain from writing these op-eds if they don’t even have passing familiarity with the mode.

Comics aren’t just the funny pages. This writer is so out-of-touch with his own subject that one has to marvel at the arrogance that brought him to believe he was properly qualified to address it.

Pride and Prejudice might work in comic-strip form, but not A La Recherche du Temps Perdu or Doctor Faustus.

Is he dissing Jane Austen?

And also, isn’t it awesome that he references Doctor Faustus, who literally inspired a Marvel supervillain of the same name? Delicious. (And how many comics stories are basically the story of Faust? Like… a million?)

But then, with our increasingly short attention spans and demand for instant gratification, our culture may soon have no time for Marcel Proust or Thomas Mann. So much for the worse, of course.

This, of course, is where it always ends: now is worse than then, which was better, by virtue of it being different in a way I am more comfortable with. People read comics on the bus; ipso facto, no one reads Proust anymore.

And maybe newspapers could start hiring, like, comics people to talk about comics.