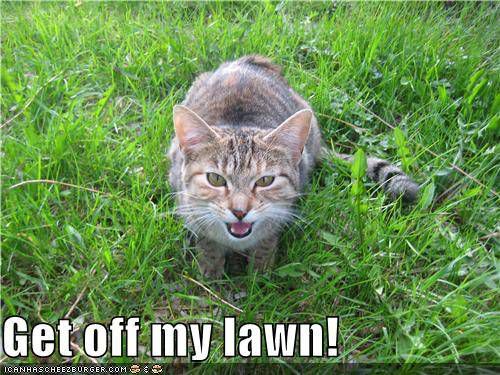 In today’s episode of WOE IS THE STATE OF LITERARY CRITICISM, we have Sir Peter Stothard, chair of judges for this year’s Man Booker Prize. In this article in The Independent, He Of The Greying Hair and Smug Expression takes on book bloggers as the killers of good literature (no, seriously) and bemoans books with “readability.”

At their fundamental level, these pearl-clutching rants about the death of good lit crit as we know it all have something in common, and it’s something I agree with. They’re all basically saying that we need good, solid, thoughtful literary criticism in order for the world of literature to thrive and evolve. But then the pearl-clutchers (including Sir Peter) get stuck on this laughable idea that good, solid, thoughtful literary criticism has only one face, and that’s usually the face of a Very Serious And Probably Aging White Guy With A College Degree Unless You’re Michiko Kukatani, In Which Case, Fine You Can Come In BUT JUST YOU, NO OTHER LADIES OR BROWN PEOPLE.

At this point, Sir Peter’s myopic elitism is so tired and recycled that it’s easy to dismiss. You can feel his fingers grasping for the state of literature as he knows it, desperate to keep it out of the hands of the unwashed masses (you know, those folks who actually read the books). But don’t take my word for it- go read the piece for yourself. I’ll also leave you with a translation of a few of my favorite gems:

“It is wonderful that there are so many blogs and websites devoted to books, but to be a critic is to be importantly different than those sharing their own taste… Not everyone’s opinion is worth the same.”
Translation: It is wonderful that these hoi polloi have their own little thinky-thoughts, but let’s be real, shall we? Mano-a-mano. They’re not as good as our thinky-thoughts, AMIRITE? Because, you know, I WENT TO OXFORD.

“The rise of blogging has proved particularly worrying, he says. ‘Eventually that will be to the detriment of literature. It will be bad for readers; as much as one would like to think that many bloggers opinions are as good as others. It just ain’t so.’”

Book Deals Newsletter
Sign up for our Book Deals newsletter and get up to 80% off books you actually want to read.
Thank you for signing up! Keep an eye on your inbox.
By signing up you agree to our terms of use
Translation: People who are not me or not very much like me are becoming more influential than me. Obviously, if me and mine are not in control of this medium, the medium will die and the world will end. Or I’ll stop getting invited to parties.

“[Re: readers reading book blogs] People will be encouraged to buy and read books that are no good, the good will be overwhelmed, and we’ll be worse off. There are some important issues here.”
Translation: I have never, ever, in my entire existence on this planet, read a book blog.

“[Sir Peter] cannot remember the last sporting event he went to and has no interest in films, admitting to only ever seeing six films in his lifetime.”


Translation: Sir Peter is better than you because you watch football and went to see the third Dark Knight movie. Scum.

“Yet, If the English novel does nothing to renew the English language, then it really doesn’t do anything. The great works of art have to renew the language in which they’re written. They have to offer a degree of resistance.”
Translation: If you can read it on the beach, it’s not real literature.

Is it true, internet? Is the death of literary criticism the fault of book bloggers? HAVE WE KILLED LITERATURE? WILL SIR PETER BE ABLE TO SAVE US?