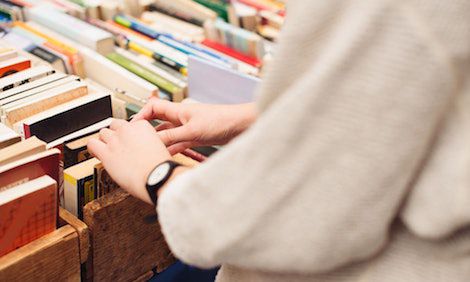 I want to say “water is wet” here, but someone really did crunch the numbers.

For 400 years, academics, bibliophiles and cryptographers have been searching for the answer.

They’ve explored cemeteries, palaces, riverbeds and sheep pens looking for a trace of the Bard of Avon’s manuscripts.

This enduring literary enigma feeds into the question of Shakespeare’s authorship: the argument that someone else wrote his plays.

I would read a book about finding Shakespeare’s library.

But in the small East Arnhem Land community of Galiwin’ku, the re-organisation of library books according to local Indigenous concepts has been hailed as a quiet revolution.

The remote community’s library is visited by people in search for many things including books to read, a person to chat with, or a seat in which to take advantage of the air-conditioning and free wi-fi.

It has a small collection of non-fiction, but employees believed its organisation based on the Dewey Decimal System may have been creating more work than it was worth.

Meeting a community’s needs! This is what libraries are all about.