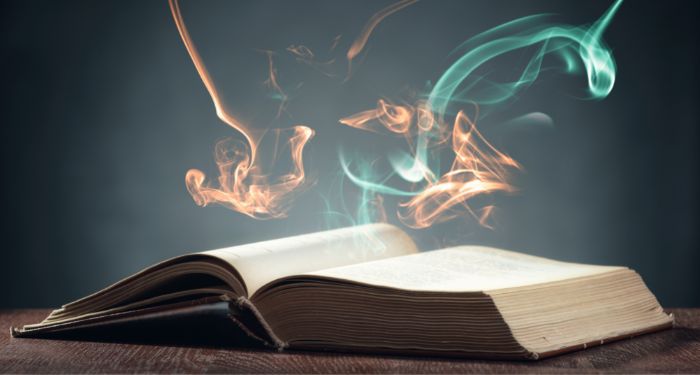 As a huge fantasy fan, I always love when authors mix fantasy stories with other genres. Particularly when you get what I call magical mystery books! This sub-genre offers some of the most delightful and escapist stories you’ll read. Plus, they’re just plain fun with their mix of suspense, adventure, and magic. We’ve covered some fantasy mystery books before, but there are many more to choose from. Which is why today we’re taking a look at even more magical mystery books you can read!

Before we get into the list, I wanted to share how I chose the books we’ll talk about today. For me, magical mystery books (or fantasy mysteries) have two elements: they focus on a mystery or an investigation — and they have something magical, be that a setting, a creature, a character, or actual magic. But this is where it gets interesting: because that magical something is often paranormal, some of these stories include ghosts and even witchcraft. These are more low fantasy kinds of stories, but that’s still enough to propel these books into the magical mystery sub-genre.

But without further ado, let’s look at eight more amazing magical mystery books that will keep you on the edge of your seat!

We’re kicking things off with a historical mystery full of magic and adventure. Set in post–Civil War Philadelphia, The Conductors follows former Underground Railroad conductor Hetty and her husband Benjy. The couple is actually magical, and they often use their powers to solve the cases the white police won’t touch. But this time, the case is very personal to them. Hetty and Benjy have found one of their friends slain in an alley. The clues point towards the elite families of Black Philadelphia, and it’s just a matter of time before all of their dark secrets come to light. 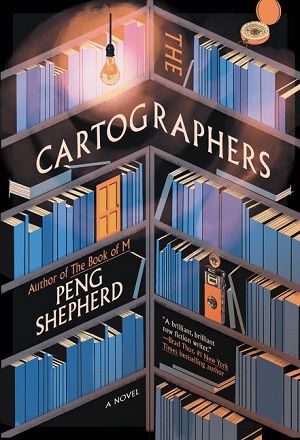 What do you get when you put together magic, academia, map-making, and a fun mystery? Why, The Cartographers of course! The story follows Nell Young, who lost everything years ago because of a disagreement over a gas station map. Now, her father is found dead. And in his desk, lo and behold, the same map. Turns out, the map is rare and very valuable — and a collector has been destroying every copy of it and everyone who gets in the way. But why? Where does this map really lead? In order to learn the truth, Nell embarks on the greatest and most dangerous quest of her life. 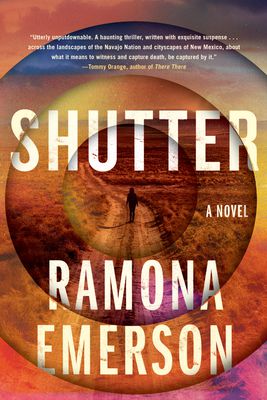 Now, Shutter is a very special book because it’s actually a mystery/thriller full of ghosts that also borders into horror territory. But the ghosts are very important in the story, and so is the investigation. Hence its place on this list! The story follows a forensic photographer named Rita. She can see ghosts, which makes her unusually good at her job because they point her towards the most important clues of their murders. In her latest case, the ghost of a woman latches on to Rita. The woman insists she was murdered, and forces our protagonist to find out the truth — which might just get her killed. 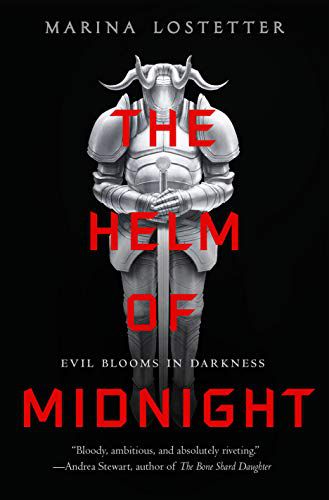 The Helm of Midnight by Marina J. Lostetter

Set in a fantasy world, The Helm of Midnight is a darker kind of mystery full of twists and turns! The story begins when a legendary serial killer’s death mask is stolen. His name was Chabron, and he terrorized the city before his death. Now, a team of thieves have the mask and someone is channeling Chabron’s spirit — which has resulted in a new string of murders. Only Krona Hirvath and her group of Regulators can solve the case and stop the new murderer before he takes more lives. 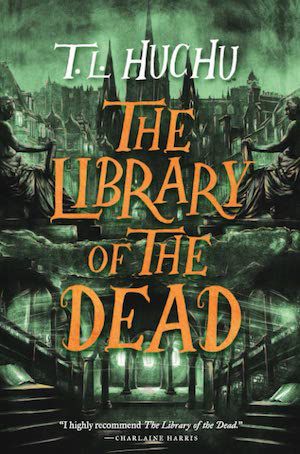 The Library of the Dead by T.L. Huchu

Children keep vanishing from the streets of Edinburgh in this suspenseful urban fantasy! The Library of the Dead follows Ropa, a ghostalker that can communicate with the city’s ghosts. One day, Ropa catches whispers from the dead — talking about the missing children. Someone is bewitching them, turning them into empty husks. This is her turf, so Ropa feels honor-bound to investigate. Little does she know, her journey will take her to Edinburgh’s darkest corners, which are full of dark magic and even an occult library!

As soon as I read A Master of Djinn, I knew it belonged on this list. The story follows our beloved Agent Fatma from Clark’s short stories. She’s an agent of the Ministry of Alchemy, which is in charge of investigating all kinds of supernatural and magical cases in the city of Cairo. Her new case involves the murder of the entire secret brotherhood dedicated to Al-Jahiz — the man who brought magic into this world. To complicate things further, the murderer claims to be Al-Jahiz himself. Can Fatma learn the truth and unmask this imposter before the whole city descends into chaos? You’ll have to read it to find out! 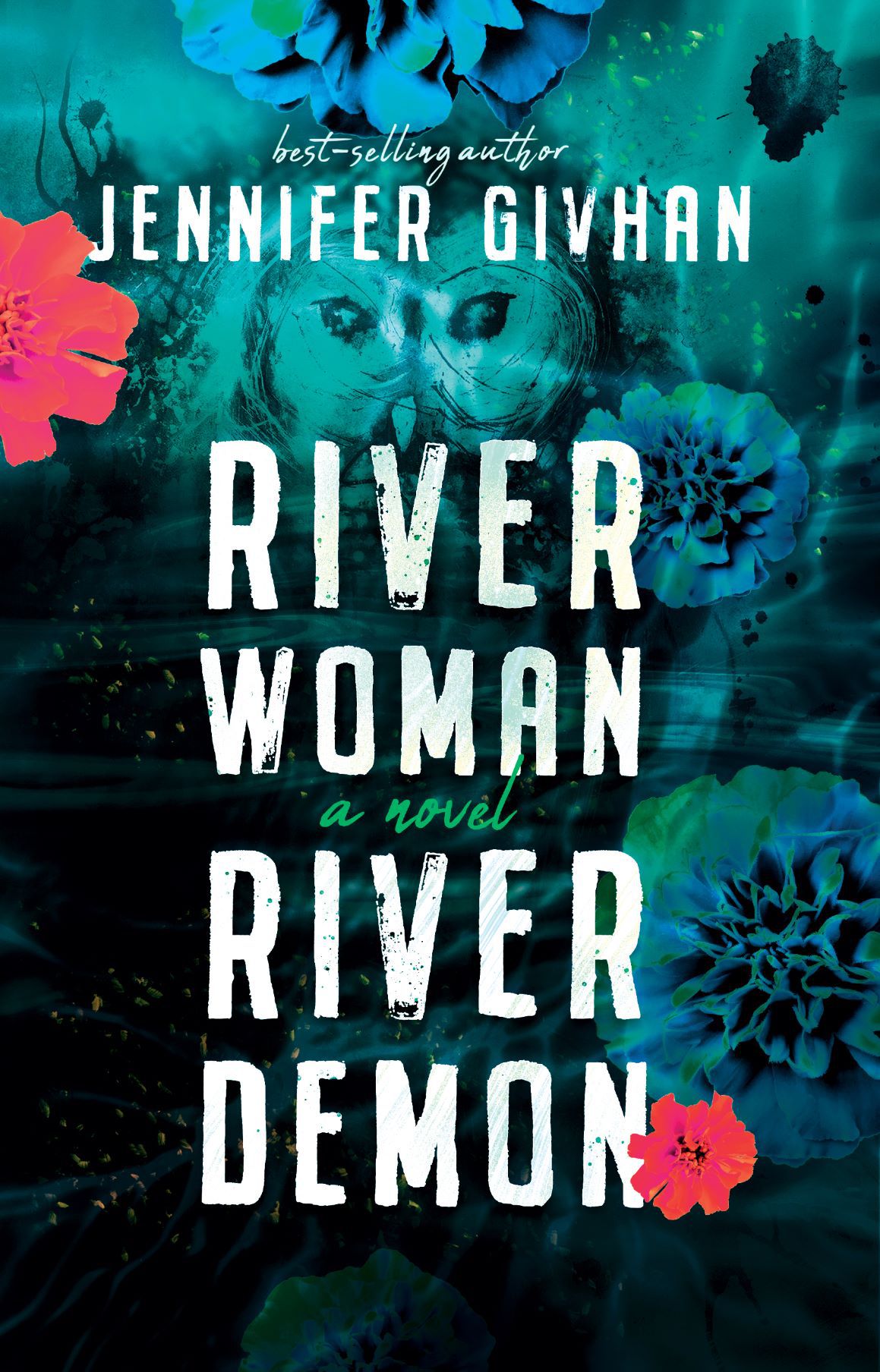 Once again, we’re pushing the line into horror territory with River Woman, River Demon! This magical mystery novel follows Eva Santos, a Chicana artist who practices brujería and curanderismo. She’s basically a witch, even if lately she’s feeling disconnected from her magick. Her whole life is turned upside down when her beloved husband is arrested for murder. Eva is a potential suspect, and even she can’t trust herself thanks to the weird blackouts she’s been experiencing. To make things worse, this case eerily resembles one from her childhood. Was she involved in not one, but two murders? Only by reckoning with her past can Eva find out the truth.

Last but not least, China Miéville blends weird fiction, fantasy, and a murder mystery in this epic and unique story! The whole thing is set in two fantastical cities that occupy the same space simultaneously: Beszel and Ul Qoma. It all begins when a woman is found dead in Beszel, and Inspector Tyador Borlú is assigned to the case. All evidence leads to the twin city of Ul Qoma, so Borlú heads there and teams up with its own detective named Qussim Dhatt. Working together, the two start to unearth the dead woman’s secrets. But the truth is far more complicated and deadlier than they ever imagined.

Looking for more magical mysteries? You should give these mystery books with magicians or these witchy mystery/thrillers a read!