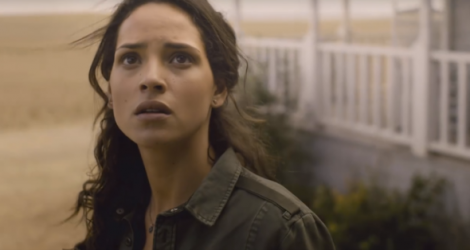 Emerald City, Tarsem Singh’s lush, modern take on L. Frank Baum’s Oz stories, premiered last week on NBC with a two hour pilot episode that introduced the world of the series and showed us a great deal–but nowhere near everything–about its similarities to and differences from the source material. This is not a review of the episode (we don’t do that here) but I do have some critical comments, and will be talking about aspects of the show as they relate to the books. 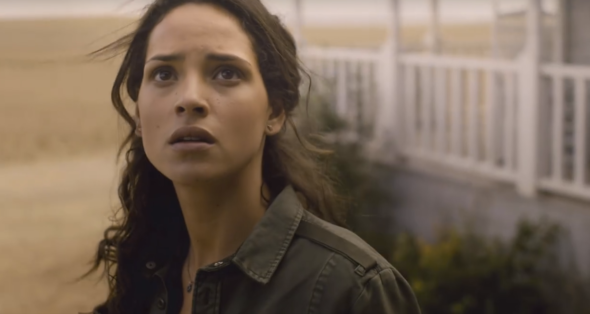 There will be spoilers below for the two hour premier of Emerald City (and for many of the Oz books).

I was both skeptical and excited before the premier. Skeptical because I dislike aging up of heroines (Dorothy is supposed to be a little girl–her age is not stated in the books but is often estimated as eleven years old) and hate grimdark fairytales, but excited because TARSEM SINGH YOU ALL. The Fall is one of my favorite movies and if anyone can do a scarier Oz, it’s…well, I would have chosen Guillermo del Toro, but Tarsem is a runner-up for sure.

Up front, I want to discuss the thing that bothered the hell out of me and may be an unforgivable misstep, depending on how it is handled in subsequent episodes: East, the only character we’ve met who is played by a black woman, is killed TWICE in the episode, and the second (and apparently final) time, she is tricked into killing herself. This is…I don’t even know where to begin with how problematic this is. It is really not okay. There is arguably a plot-based reason for it, but that doesn’t make it necessary or acceptable. 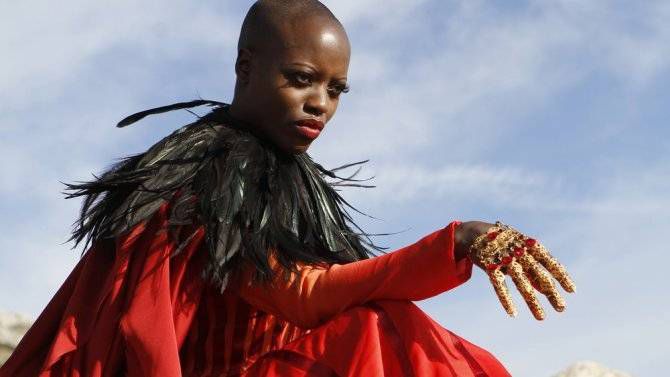 Side note: I would argue that Dorothy is quite similar to the book Dorothy, despite her very different background. In the book, Dorothy never hesitates to stand up to a threat (the Cowardly Lion, the Wicked Witch, the Wizard himself), and in the series this apparently translates to saving herself and Lucas by telling East how to use a gun–however revolting I find that scene, it may be in character. That said, it would have been entirely possible to use that trait differently.

Also problematic, but not racially so, is Mombi’s (apparent) death; I could live a very long, satisfying life without ever again watching a woman’s head bashed in by a sad white dude whose feelings aren’t under control.

Still problematic, but not involving anyone dying in an ugly manner, are the other two witches, West and Glinda; Glinda is the good witch of the north (as in the 1939 musical; in the book Glinda is from the south) and as the ‘good’ witch, she is also the one blond white lady; West is a ‘damaged’ woman, as shown by her apparent drug and sex addictions. This is lazy shorthand in both cases and I am doubtful the show will make it right, because male-run series have very little motivation to be fair to female characters. (And Baum himself set a precedent for this by having Jinjur, the leader of the girls’ revolt, be a dreadful suffragist stereotype.)

So we have all of these witches, we have a wizard (I haven’t even gotten to him yet), and we have Dorothy, who arrives in Oz and, as in book and musical, is immediately asked if she is a witch. So what I want to talk about is the way magic is used in the show, and whether it obeys the same rules as magic in the books. Everything about the show is speculation, and everything about the books is limited to those written by Baum, primarily the first three.

Is Dorothy a witch? In the books, the answer is a clear “No.” Dorothy performs magic only when she has a magical item to use, such as the Winkies’ golden cap in the first book and the ruby slippers in the movie; in the show, East’s gauntlets appear on Dorothy’s wrists and vanish into her skin, and I predict that these will allow her to perform magic. But did Dorothy kill East before getting the gauntlets? She hits her with the police cruiser in which she arrives in Oz, but this apparently does not kill East for good. When East is truly killed, it is because Dorothy tricks her into using the handgun she brought with her from our world. “Only a witch can kill a witch” (this rule is, to the best of my knowledge, unique to the show), so my interpretation is that East is her own killer and Dorothy is not a witch. 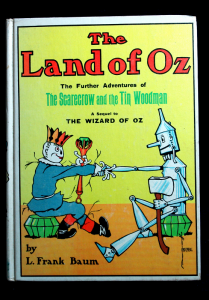 So what makes a witch a witch? The second book in the series, The Marvelous Land of Oz, is a good place to look for the answer. In it, Mombi (described as “not exactly a witch,” due to Glinda’s prohibition against anyone else assuming the title) uses magical powder (“The Power of Life”) to make Jack Pumpkinhead come to life; Tip uses the same powder on the Sawhorse and the Gump–is Tip also “not exactly” a witch? Well, no, Tip is Ozma, the transformed princess of Oz who later uses magical items as ruler of Oz, but does not use incantations like Mombi does.

It seems that the magic in Oz, per the books, allows anyone to use magical items, but only witches (and sorceresses and magicians) to use incantations. So far, the show seems to be following this rule. One of the incantations we “see” in the book is Mombi’s transformation of Tip back into Ozma, and it requires herbs in the fire as well as the words she speaks; in the show, Mombi was keeping Tip a boy with the use of a potion, and he transforms back into Ozma when he stops taking the potion. The book contains assorted other magic including the magnification of the Woggle-Bug (done by a regular, presumably non-magical college professor using a projector), and various attempts by Mombi to waylay the travelers, using deceptive visions of obstacles that were not really there, but Baum does not tell us how she accomplished these. 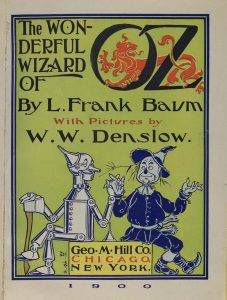 And what about the Wizard? The titular character of the first book is played by Vincent D’Onofrio, doing an amazing riff on Orson Welles (with a little John Huston for good measure), and he is thus far rather terrifying. He had East create a mud prison for him, magic that only she can undo; is he, like his book counterpart, a fraud in the magic department? It seems very possible. Unlike the musical, though, it seems likely that in addition to being a very bad wizard, he may also be a bad man.

There is one more witch whom I have not yet mentioned, a witch who was invented for the series: Mother South, who was apparently killed before our story begins by The Beast Forever, an enemy the Wizard fears will return. So is this witch truly dead (making the Beast also a witch, by the show’s own rules), or is Dorothy’s birth mother, played by Gina Bellman, really Mother South, who is the only person who can give birth to new witches? Hmm.

Despite vast differences on the surface, the series seems to be quite faithful to the books thus far, in the realm of magic at least. I can’t decide if I like it–it is beautiful to look at, but full of problems I don’t believe will be resolved–but I certainly am feeling motivated to pick back up my read-aloud of the series with my daughter.