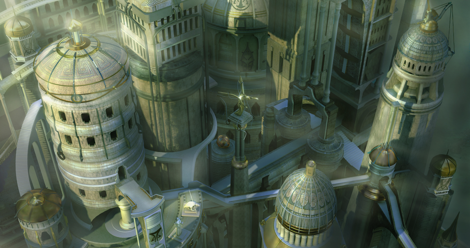 This Riot Recommendation is sponsored by Dark Horse Comics, publisher of The Legend of Korra by Michael Dante DiMartino. 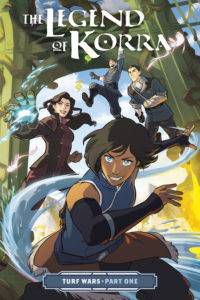 The official continuation of The Legend of Korra!

Relishing their new relationship, Korra and Asami leave the spirit world . . . but find nothing in Republic City but political hijinks and human vs. spirit conflict!

A pompous developer plans to turn the new spirit portal into an amusement park, potentially severing an already tumultuous connection with the spirits. What’s more, the triads have realigned and are in a brutal all-out brawl at the city’s borders where hundreds of evacuees have relocated!

Even in the world of fantasy you can’t escape politics, but it is so much more fun reading about political intrigue in fiction…with creatures, and sorcery, and fantastic settings, and strange powers. We asked you to tell us your favorite books about magic and politics and you responded! Here are 35 of your favorites!

The Mistborn series by Brandon Sanderson

The Girl of Fire and Thorns by Rae Carson

Half a King by Joe Abercrombie

The Rise and Fall of D.O.D.O by Neal Stephenson and Nicole Galland

The Fury series by Jim Butcher

The Lions of Al-Rassan by Guy Gavriel Kay

The Farseer series by Robin Hobb

The Winner’s Curse by Marie Rutkoski

Mistress of the Empire series by Janny Wurts and Raymond Feist

The Craft Sequence by Max Gladstone

The Lightbringer series by Brent Weeks