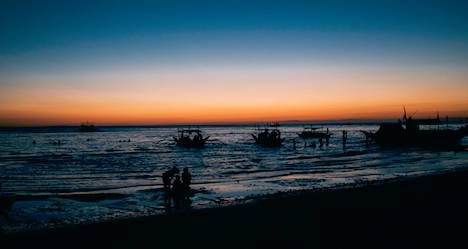 This post on Noli Me Tangere by Jose Rizal is part of our International Women’s Day celebration. See all the posts here. 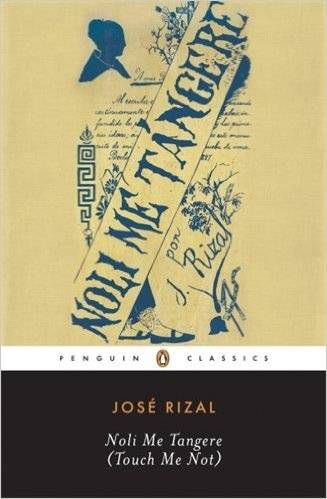 The Philippines has always been a country of contradictions, a place held between the lauded traditions of the Spanish Catholic church and the hidden scars of colonialism. To this day, the tension continues to influence Filipino society. It’s not difficult to find churches next to billboards advertising the next new skin whitening treatment, both aimed at Filipino women. This insidious contradiction of vanity and faith is on full display in the seminal Filipino novel, Noli Me Tangere by Jose Rizal.

Written just before the Filipino Revolution, and credited with sparking the flame of said Revolution, Noli is an exploration of Philippine society at the height of Spanish power. Rizal touches on the Church, forbidden romance, and social ills in the country with a wry, almost painfully conscious voice. His protagonist, Don Crisostomo Ibarra, returns from years in Europe to a country whipped into the Catholic faith. But things aren’t that bad for our Ibarra, at least not at first: he visits his fiancé and her father, Maria Clara and Capitan Tiago, and begins work on a school before outside forces and his own naivety condemn many of the characters to sad fates.

The men of Noli are numerous and loud, dominating most chapters effortlessly. Much of the “intelligent” discourse is also granted to them by Rizal. But it’s the women that have fascinated me since I first read Noli at 15, a class requirement and a challenge to my poor Tagalog skills. It’s Maria Clara and Sisa, probably the two most memorable women in Filipino literature, and their lives, their fates, that influences my discomfort with my culture’s treatment of femininity. Said fates, while certainly headed in opposite directions in the novel, are inextricably tied together, and are a bellwether for what a Filipino woman is expected to be, poor or not.

The first few women we see in the novel hint at the kind of women prized in this colonial society: soft-spoken (if they speak at all), devout attendees at mass, subservient.

The room is almost full, the men separated from the women like in Catholic churches and synagogues. The women’s group is composed of a few young ladies, Filipinas and Spaniards: they open their mouths to stifle a yawn, but then immediately cover them with their fans; they barely whisper a few words, and any ventured conversation dies in monosyllables, like the nocturnal sounds of mice and lizards one hears in a house.

Rizal’s descriptions of these women might seem like a lighthearted poke, but it is when Maria Clara comes into view that we see just how Rizal himself values these same qualities. Maria Clara is an angel or a saint or both, an almost unreal presence in the novel, with a handful of lines. Rizal’s first description of her comes in Chapter 5, “A Star in the Dark Night”:

Ibarra would have seen a young, extraordinarily beautiful woman, slender, dressed in the picturesque costume of the daughters of the Philippines…

This hint at her beauty is meant to whet readers’ appetites for the full force of it in a later paragraph:

She was white, perhaps too white. Her eyes, which were almost always cast down, when she raised them testified to the purest of souls, and when she smiled, revealing her small, white teeth, one might be tempted to say that a rose is merely a plant, and ivory just an elephant’s tusk. Among the transparent lace around her white and sculpted neck fluttered, as the Tagalogs say, the sparkling eyes of a necklace made up of precious stones.

It’s Maria Clara’s beauty that defines her for almost the entire novel, her purity and innocence a close second. Always, she is in white or wearing white accents, pale against the lacy fabrics of her gowns. The reader is reminded of her pious nature several times over:

Earlier that morning Aunt Isabel and Maria Clara had gone to mass. The latter was elegantly dressed, with a rosary of blue beads worn almost like a bracelet, the former with spectacles to read her “Anchor of Salvation” during the Holy Sacrifice.

There can be no closer approximation of virginal beauty and filial piety for Filipinos than Maria Clara. She is praised endlessly, for her white skin, her devotion to God and the saints, her quiet demeanour–the list goes on. Even her reactions to Ibarra, her own fiancé, are dutifully meek and innocent:

Maria Clara dropped the work she had been holding. She wanted to move, but found herself unable to do so. A nervous trembling enveloped her. She heard steps on the stairs, and then a fresh, masculine voice. As if that voice had had magic powers, the young woman gave in to her emotions and began to run, hiding in the chapel with the saints.

Pale and breathing hard, the girl calmed her heaving breast and tried to listen. She heard that voice, that beloved voice that for so long she had heard only in her dreams. It asked about her. Mad with joy she kissed the closest saint at hand, San Antonio Abad, happy saint, in life and in wood always with such beautiful temptations.

In stark contrast to Maria Clara’s aristocratic, fragile portrayal is Sisa, poor mother of Basilio and Crispin. Where Maria Clara’s thoughts are portrayed as unknowable, fragile, Sisa’s are painfully “common.” She is not granted the rapturous descriptions given to Maria Clara. Instead we learn of her through what she has been through:

She was young then and must have been beautiful and charming. Her eyes, which her soul bestowed on her sons, were handsome and deep, with long lashes. Her nose was straight, her pale lips like a beautiful drawing, as the Tagalogs say, kayumanging-kaligatan, which means brown, but a clean, pure shade. Despite her youth, her cheeks were drawn, from hardship and hunger perhaps. Her abundant hair in other times enhanced her elegance and beauty. Now if it stays combed it is less from coquetry than habit: a simple bun, without pins or cords.

She is brown, as most Filipinos are. She is concerned with her survival and that of her two sons. Sisa has no spare moment to kiss saints and no spare pesos to buy a saint to kiss. If God hears her prayers, he doesn’t give notice of it in the novel.

…there appeared a pale, shabbily dressed, emaciated woman. No one had seen her approach, since she had done so silently. She had made so little noise that had it been night she would have been taken for a phantom.

“The night is dark and children disappear!” the beggar-woman muttered.

Meanwhile Rizal’s prose continues to dig in its heels describing the extent of Maria Clara’s overwhelming beauty almost 200 pages into the novel, widening the gap between these two women, and the suffering they endure. Sisa becomes a bloody ghost, a cautionary tale against displeasing the church and its priests.

She fell to the floor, covering her legs with both hands and looking at her tormenter, her eyes wide. Two harsh lashes on her back made her get up. Now it was no longer a plaintive cry, the unfortunate woman let out two howls. Her good blouse was ripped, her skin was rent, and blood flowed.

Maria Clara is mentioned often in the same paragraphs as saints and holy figures, and the reader’s mind responds, drawing unconscious parallels between them. Sisa’s scenes are much more banal, and yet they build up to her madness after her sons, accused of stealing gold, disappear in the local church. This isn’t to say Maria Clara’s fate at the end is as sunny as her start, but Sisa suffers and she doesn’t do it beautifully.

It would be easy to pit these two women against each other, examples as they are of the two extremes that Filipino colonial women were subject to. But Rizal condemns them both, refuses both any peace or contentment. The few other female characters he scatters throughout the novel are selfish and irritating, but it is with Maria Clara and Sisa that we see how even Rizal fell into a trap he had been trying to set for others.

Despite their respective unhappy ends, we are conditioned to see Maria Clara first as the innocent, drawn in by her beauty and her easy fit into the mold of the ideal woman. Sisa is harder to watch, harder to love, even as we feel pity for her. We see Sisa’s fate as inevitable because of her economic status and Maria Clara’s as avoidable because why wouldn’t it be, when she had wealth and beauty and power? In this, Rizal fails to truly empower the women he wrote about.

One could argue that his point was to lambast colonialism, and in that goal, he succeeds. Noli and El Filibusterismo would fire up the Filipino revolutionaries and lead to the Spanish selling off the islands to the United States. But we still see the effects of the Maria Clara/Sisa dynamic today in how pale-skinned Filipina women populate the entertainment industry, in how the Filipino church can so easily abuse its poorest devotees, in how Filipino women grow up hearing “Dapat mahihin ka, katulad ni Maria Clara” (You should be meek, like Maria Clara”) and not a word about Sisa’s unending love for her children. We see how deeply this dynamic has seeped into Filipino consciousness, reinforcing the same colonial ties that Rizal had attempted to cut just over a century ago. Madonna and madwoman alike, neither is left with true agency at the end of the day.