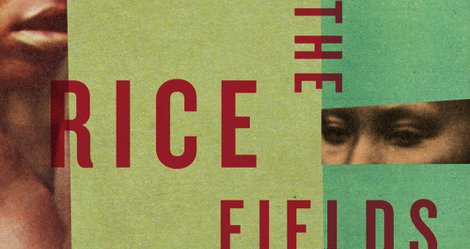 Madagascar is an island off the South Eastern Coast of Africa, located near Tanzania & Mozambique. A former French colony, it became an independent nation in 1960. The official languages are Malagasy and French. 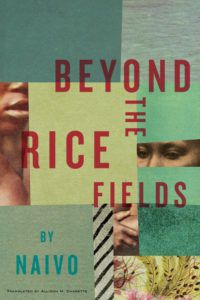 Chief exports include tobacco, tea, sugar and ground nuts. It is also the world’s second leading producer of vanilla beans – producing approximately 3,100 tons in 2016, making up 41% of the market.

Madagascar is also one of those African nations that experience outbreaks of Bubonic plague. 2017 has seen what the CDC calls “an unusual outbreak of plague pneumonia” (a form of the plague that can be spread person to person). 165 people have died and 2000+ cases have been reported, though in recent weeks there has been a decline in new cases – a good sign.

Why the impromptu lesson about an island nation slightly smaller than Texas?  Because Beyond the Rice Fields has the distinction of being the first novel from Madagascar to be translated into English.  Which on the surface seems unbelievable (well, unbelievable if you haven’t read Ann Morgan’s Reading the World: Confessions of a Literary Explorer). But, it’s true, there still exist places with stories yet to be told.

Which is part of what makes this book so special. Naivo, the pen name of Naivoharisoa Patrick Ramamonjisoa, has not just written a novel – he has provided an introduction to his homeland. Breathtaking in scope and sweeping in ambition, Beyond the Rice Fields describes a nineteenth century world ruled by a Sovereign Queen from a palace in the City of Thousands; where rich, provincial lords ride on the backs of their slaves; where Christian missionaries and village seers fight for the souls of the population and scientific inventions are akin to alchemy.  Naivo writes about a time when the missionaries, the vanguards of the West, were only beginning their encroachment and Madagascar was a nation in transition.

It is also the story of three generations of women – Bebe, Bao and Fara. And their slave boy Tsito (gifted to the women by Fara’s errant father) who becomes a member of their family, eventually buys his freedom and travels far from home. Fara & Tsito, who take turns narrating alternating chapters, are star-crossed lovers whose fates are arguably as tragic as Romeo and Juliet’s. And where most writers might have contented themselves with telling a love story, Naivo has surrounded his protagonists with an enormous cast of supporting characters – all fully realized actors with arcs of their own.

There are moments when I felt like I were reading a brilliant sci-fi/fantasy novel.  I was immersed in a place, a world, with only the glossary in the back of the book to bridge the gap between cultures. Allison M. Charette received a 2015 PEN/Heim Translation Fund Grant to translate Beyond the Rice Fields which was originally written in French, not Malagasy, as is often the case with works from former colonies. But she sprinkled Malagasy words throughout the text, and tried to retain the traditional, circular Malagasy storytelling patterns of the original. Beyond the Rice Fields is an important book in Madagascar because it refuses to romanticize the nations history, taking on the taboo subject of slavery and superstition. But it is an important book for those of us too – hopefully opening a door through which more Malagasy writers will pass.