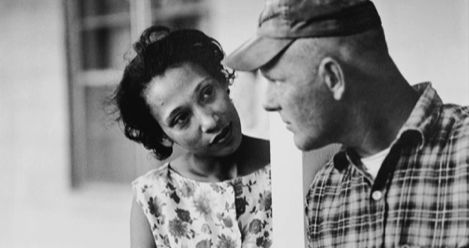 Fifty years ago this week, the Supreme Court handed down a decision in the landmark anti-miscegenation case Loving v. Virginia. Mildred Delores Jeter, a woman whose black and Native American blood banned her from marrying a white man broke the law when she had the audacity to fall in love with Richard Perry Loving. After marrying in D.C., they returned to their home in Central Point, Virginia to raise a family. Early one July morning, their marital bedroom was invaded by officers, demanding that their union was invalid in the Commonwealth of Virginia and they were subsequently charged with a felony and sentenced to one year in prison. Their sentence was suspended if they agreed to leave the Commonwealth and not return for a period of 25 years. 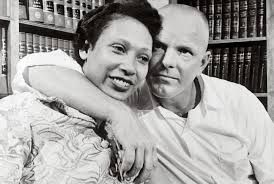 Virginia was their home. And Mildred, inspired by her frustration reached out to then Attorney General, Robert F. Kennedy. Advised to reach out to the ACLU, this was the moment that Mildred and Richard Loving unknowingly began to change the face of marriage in the United States.

On June 12, 1967, by an unanimous decision, the Supreme Court overturned the prior conviction of the Lovings. This decision concluded that Virginia’s anti-miscegenation laws violated clauses in the Fourteenth Amendment. According to Chief Justice Earl Warren:

Marriage is one of the “basic civil rights of man,” fundamental to our very existence and survival…. To deny this fundamental freedom on so unsupportable a basis as the racial classifications embodied in these statutes, classifications so directly subversive of the principle of equality at the heart of the Fourteenth Amendment, is surely to deprive all the State’s citizens of liberty without due process of law. The Fourteenth Amendment requires that the freedom of choice to marry not be restricted by invidious racial discrimination. Under our Constitution, the freedom to marry, or not marry, a person of another race resides with the individual and cannot be infringed by the State.

And with those words of equality and constitutionality, we celebrate the 50th anniversary of this historic and unprecedented decision. To introduce those not familiar with the fight of the Lovings and all of the interracial couples whose marriages became legal that day, below are three book recommendations. 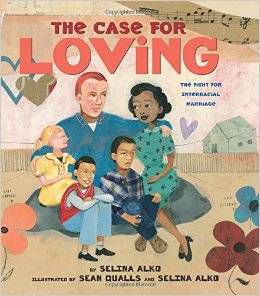 The Case for Loving: The Fight for Interracial Marriage by Selina Alko and Sean Qualls

For most children these days it would come as a great shock to know that before 1967, they could not marry a person of a race different from their own. That was the year that the Supreme Court issued its decision in Loving v. Virginia.

This is the story of one brave family: Mildred Loving, Richard Perry Loving, and their three children. It is the story of how Mildred and Richard fell in love, and got married in Washington, D.C. But when they moved back to their hometown in Virginia, they were arrested (in dramatic fashion) for violating that state’s laws against interracial marriage. The Lovings refused to allow their children to get the message that their parents’ love was wrong and so they fought the unfair law, taking their case all the way to the Supreme Court – and won

Middle Grade and Up

Loving vs. Virginia: A Documentary Novel of the Landmark Civil Rights by Patricia Hruby Powell and Shadra Strickland 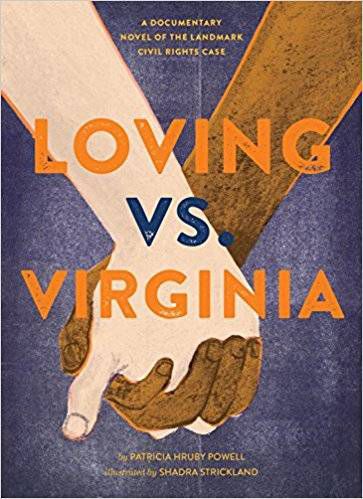 From acclaimed author Patricia Hruby Powell comes the story of a landmark civil rights case, told in spare and gorgeous verse. In 1955, in Caroline County, Virginia, amidst segregation and prejudice, injustice and cruelty, two teenagers fell in love. Their life together broke the law, but their determination would change it. Richard and Mildred Loving were at the heart of a Supreme Court case that legalized marriage between races, and a story of the devoted couple who faced discrimination, fought it, and won.

Virginia Hasn’t Always Been For Lovers: Interracial Marriage Bans and the Case of Richard and Mildred Loving by Phyl Newbeck 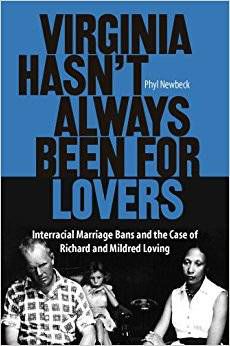 This landmark volume chronicles the history of laws banning interracial marriage in the United States with particular emphasis on the case of Richard and Mildred Loving, a white man and a black woman who were convicted by the state of Virginia of the crime of marrying across racial lines in the late 1950s. The Lovings were not activists, but their battle to live together as husband and wife in their home state instigated the 1967 U.S. Supreme Court ruling that antimiscegenation laws were unconstitutional, which ultimately resulted in the overturning of laws against interracial marriage that were still in effect in sixteen states by the late 1960s.