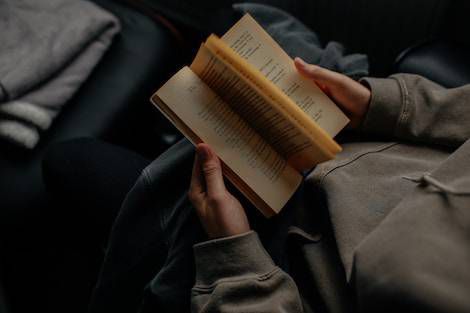 This is a guest post from Sam Burt. Sam is a tutor and copywriter living in east London. He spends half his time trying to get kids to do what they’re told; he spends the other half doing the same with words. A book a week keeps him happy and (fairly) sane. Working towards a career in publishing also helps. He writes for the Guardian, Huffington Post and OpenDemocracy, and blogs at www.samburt.info.  Follow him on Twitter @wordsburt.

You’ve just publicly expressed strong feelings for or against a novel, someone calls you out on it and…you’re stumped. You can barely recall any of the characters’ names, let alone the reasons why you remember loving/hating them so vividly.

Many a bookie has been there. And most of us know someone with a magical ability to recall the intricacies of what they read ten years ago.

If this sounds familiar, here’s my advice: write a one-sentence review of every book you read.

I’ve always read with the intention of quoting. As a working-class kid in a middle-class school, I turned to books to close the cultural-capital gap between me and my peers. I invested heavily in classic texts (blessed be the Penguin Great Ideas series) and subjected them to vigorous annotation. While I thought I was making a personalised reference system, in practice I was over-analysing every paragraph and finishing without a view of the work as a whole.

Throughout my education, I had a defensive view of literary taste. I was stockpiling ammunition—in the form of lines and passages—for use in an imagined future war of words. Like evidence-based policy, this was evidence-based artistic appreciation. But tracking my reading responses like this made it harder to discriminate between characters or scenes that made an immediate impression, and those that were more lasting.

After graduating, I got serious about literature. I scoured lists of the “greatest” novels and made a five-year plan. And I started posting a one-sentence review on Facebook of everything I read.

These “one-line reviews” started as a commitment device: by publicly committing to regularly posting one, I felt I was more likely to meet my reading goals. Then there was the intrinsic appeal of concentrating all of my thoughts about a book, while still fresh, into one sentence.

The sentence is democratic. It observes no distinction between Moby-Dick and Breakfast at Tiffany’s, or between Metamorphosis and War and Peace. For all that a book contains multitudes, I suspect most readers can only hold in mind one or two principal ideas or feelings about it. The real difficulty with one-sentence reviews lies in reducing these two ideas down to one.

I also hoped it would help me recall the reasons for my opinions in future conversation—and it did. But, just as importantly, it helped spark those conversations.

One-line reviews on Facebook are a great way to start a dialogue about books with people you know but with whom you might never have discussed books before. A friend labels these people the “middle zone”: you might once have been on familiar terms, but you rarely—if ever—meet nowadays. In my experience, they’re people who don’t engage with anything else I post (cats, mostly) other than, surprisingly, my reviews.

They challenge, question, and re-affirm. Perhaps they appreciate, in their clickbait-heavy feeds, the undemanding nature of it. One-sentence reviews are, by nature of their concision, vulnerable to riposte. They catch people’s attention, invite a response, and (usually) get one.

They might not work for everyone but I heartily recommend them, especially if you find yourself longing for a settled opinion after reading. Just try to limit your use of parentheses—that’s cheating!