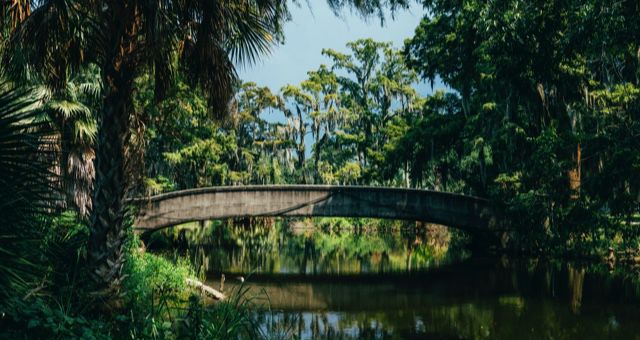 Our (possibly never-ending) tour of the mysteries of America takes us from the Georgia South to the Louisiana South. So, you know, less pecan pie and more beignets. But still plenty of murder. And some of the most essential Louisiana crime fiction (and some nonfiction).

Helping me out this time is the most aptly named writer of all time. Originally from south Louisiana, Nola Nash now lives in Tennessee and teaches middle school English. Which makes her either a saint or exceedingly weird. Or probably both. (I get to say that as a former middle school English teacher.) 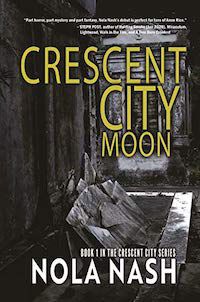 Nash’s debut novel takes readers to 1820s New Orleans. Crescent City Moon starts with protagonist Zéolie Cheval finding her father’s dead body. Follows that with the murder of a priest in a house full of cops. We get Louisiana swamps. Ninth ward. Magic. Murder. French quarter. Garden District. This book is a regular New Orleans travel guide but with murder.

Crescent City Moon is a genre-bending plot burner. Nash manages to give the reader enough scenery to chew on and reality-twisting supernatural elements and romance…the mystery sneaks right up on you. Before you realize what has happened, you’re coming to the end and standing in the middle of a plot inferno.

One thing Nola Nash proves with this book is that she knows south Louisiana. So who better to walk us through some essential Louisiana crime fiction than her? I mean, her freaking name is Nola. Come on. 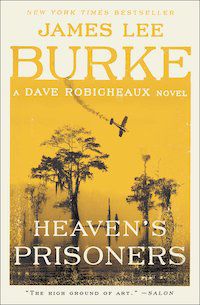 One can hardly talk about crime novels set in Louisiana without mentioning the plethora of books in the Dave Robicheaux series by James Lee Burke. His novels drip with the atmosphere and grit of New Orleans as his imperfect lead works his way through the crimes of a complex city. But don’t think the city limits confine the detective. Anyone who has ever been to south Louisiana knows how the boundaries between the cities and the wildness of the swamps tend to fray at the edges. This is especially true in Heaven’s Prisoners, arguably one of the best in the series, where the detective follows the case of a mysterious plane crash outside the city of New Orleans. 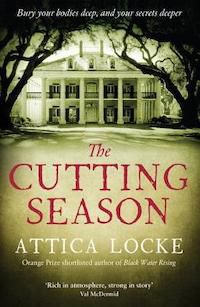 Louisiana is full of places that inspire both romance and the uncomfortable facing of a controversial past. African American author Attica Locke experienced this feeling firsthand at a biracial wedding at Oak Alley Plantation, a feeling that inspired her novel The Cutting Season. In her murder mystery that spans generations, Ms. Locke tackles not only murder, but other issues of culture and race in a thrilling and acclaimed novel that takes place at the fictional Belle Vie plantation in the deep Louisiana south. The award-winning author challenges readers to think through the mystery as well as their own deep-seated beliefs. 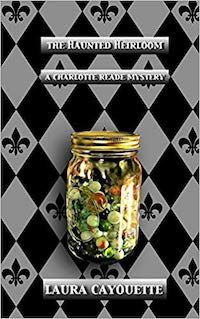 The Haunted Heirloom by Laura Cayouette

Not all novels are gritty and dark in the world of Louisiana crime fiction, which is good since some people come to have a good time, not necessarily looking for trouble. Enter the world of New Orleans cozy mysteries. Still crime, but less debauchery and blood. The Charlotte Reade mystery series by New Orleans resident/LA transplant Laura Cayouette is one such example. You’ll find a host of native elements woven in from the usual buskers in the Square to the Pussyfooters burlesque parade dancers. Each novel stands alone, even though there are common threads tying the series together. The Haunted Heirloom is several books into the series, but there was no problem at all following the story by jumping into the series there. 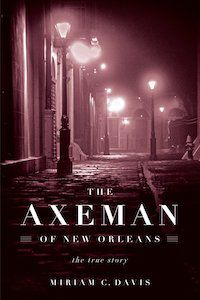 The Axeman of New Orleans by Miriam C. Davis

New Orleans is a city where the truth is stranger than fiction. Therefore, some true crime books must be included in this list. One of the best is The Axeman of New Orleans by Miriam C. Davis [which] chronicles the serial killing of Italian grocery store owners by an axe murderer who proclaimed himself in the local newspaper to be the devil himself, claiming he would only spare those who had jazz music playing in their houses the night of his raid. In her book, Davis explores the still unsolved mystery of the Axeman. 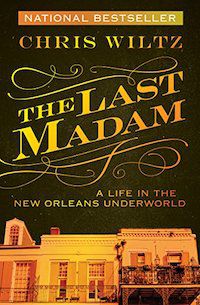 The Last Madam by Christine Wiltz

In Louisiana, the word lagniappe means “a little something extra.” There couldn’t be a piece on Louisiana crime novels without that. While definitely a biography, The Last Madam by Christine Wiltz remains a must-read for anyone interested in the seedier side of the city, especially the red-light district. It’s a walk through the life and crimes of the infamous and indomitable madam, Norma Wallace. Wiltz holds nothing back in the account of some of the run-ins the girls had with johns as well as some fairly explicit practices to keep her girls healthy. She was no Florence Nightingale; girls with diseases don’t make money. Despite her occupation, it’s hard not to root for the woman who literally took the city of New Orleans by the balls.

I’m sure we are leaving out some of your favorites. So let us know (you always do). Keep the Louisiana crime fiction titles going in your comments. I’ll add a few favorites of my own. 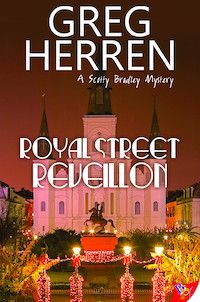 The latest in the Scotty Bradley series follows the former go-go dancer as he attempts to clear his nephew’s (well, sort of) name of the murders of some reality stars. This is a riot of a series. Herren, a New Orleans native, has a couple going, but I prefer this one for its humor. 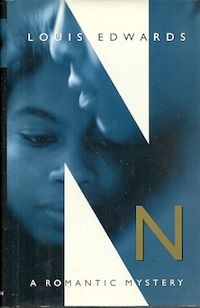 This is a bit of an obscure one from the late ’90s, but it’s a gritty exploration of race and crime in New Orleans. The characters are not the ones you’re used to reading about, which makes it a refreshing entry in the noir canon. Edwards packs in all the types of movie nods I love in a book. And for all the genre-bending, the ending is pure mystery. 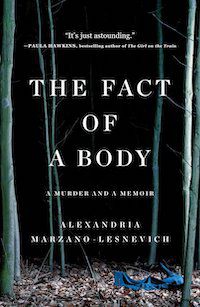 Fact of a Body by Alex Marzano-Lesnevich

Nola cheated on the fiction rules, so I will, too. The Fact of a Body is Alex Marzano-Lesnevich’s masterpiece of a true crime thriller about the death penalty case of Ricky Langley. Marzano-Lesnevich grew up feeling certain of their belief surrounding the death penalty. This book tears down everything they believe (along with our own beliefs as readers) and rebuilds it. Fascinating crime thriller. And every bit as good as any work of fiction in the genre.