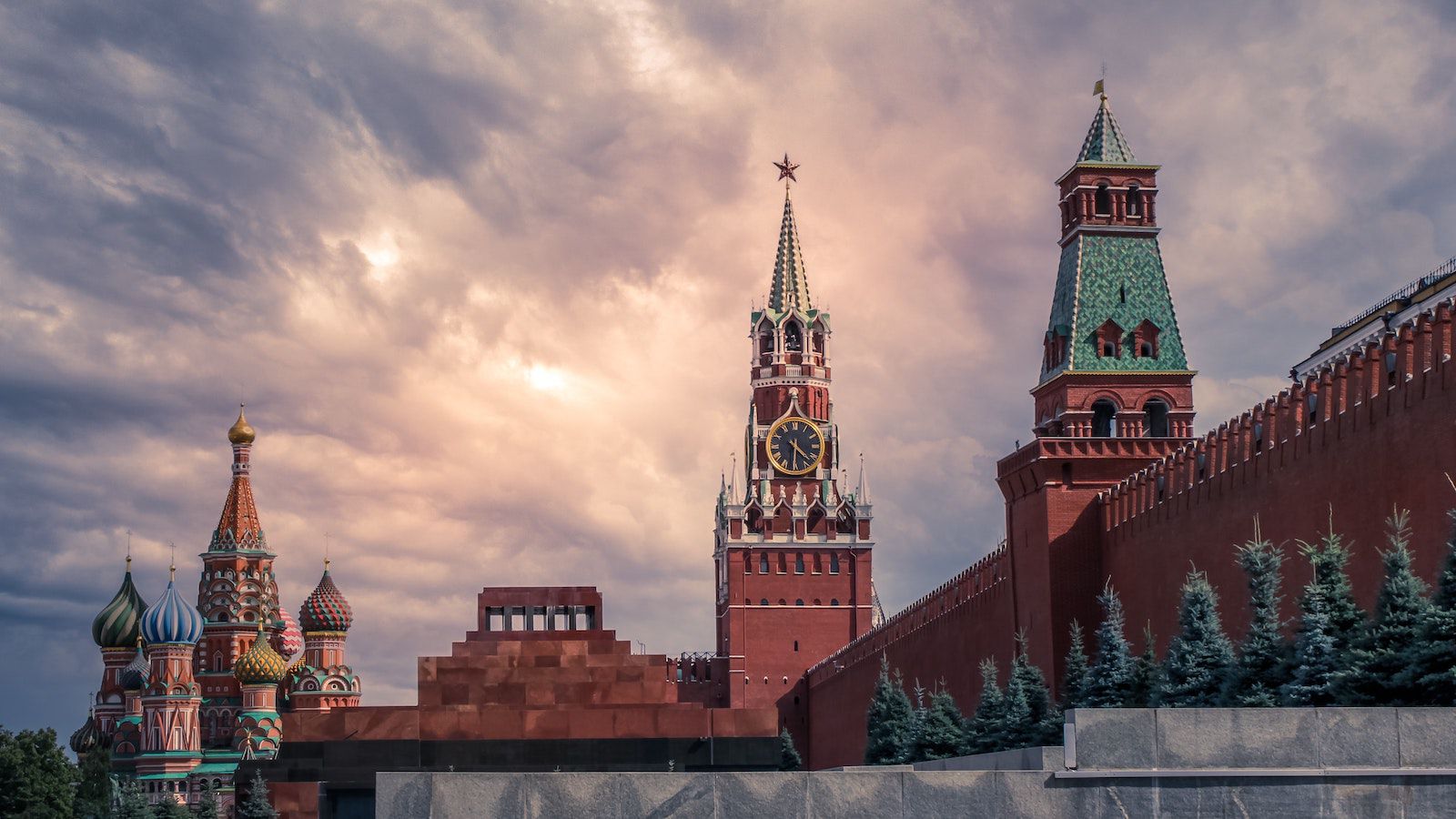 The promise of a lost library brings to mind hushed voices in dark corners, a shiver on the skin — and a potentially glorious treasure hunt for the willing. History is too full of destructive events, which have cost some of our greatest architecture, archives and collections as a result of war or sabotage, the rise and fall of empires or the equally destructive slow plodding passage of time.

Among the lost is the Great Library of Alexandria, an ancient collection which dwindled over several centuries through neglect, lack of funding and intellectual purges. Equally, the Imperial Library of Constantinople, which had preserved Greek and Roman knowledge for almost a millennium, was eventually destroyed by knights of the fourth crusade. And at Nalanda University in India, the most famous repository of Buddhist knowledge in the world was sacked by invaders, a huge moment in the decline of Buddishm in India.

Our penchant for destruction continues even to the modern age. Collections were lost throughout the World Wars and during national resistance movements and have also been impacted by natural disasters, accidents, and cultural cleansing.

Given the breadth of what we have lost, any reader would surely gasp at even a small chance of finding a perfectly preserved archive of antiquity — like the one allegedly located beneath the Kremlin.

The story goes that Ivan III, known as Ivan the Great, created a library in the 16th century, allegedly containing Greek, Latin, and Egyptian works from Constantinople and Alexandria, as well as Chinese texts and documents from the era of Ivan IV.

The story carries some weight but is also bogged down by myths and uncertainties. Ivan III was certainly a remarkable ruler, expanding Russia and introducing new legal systems . He ruled for 43 years and married twice. The second of those wives was Sophia Palaiologina, a Byzantine princess. With the fall of the Byzantine Empire in 1453, she was adopted by the Papacy and married Ivan III at the Vatican in 1472. Legend tells us that as she travelled across Europe to Russia, she carried with her a dowry containing books that would end up in the now famous library.

After Ivan III’s death, his grandson Ivan IV took over. The first official tsar, Ivan IV was a powerful and fearsome autocrat who consolidated power but was also prone to violence and outbursts, including the killing of his own son, which is depicted in a famous — and controversial — painting. Could he have increased his reach into Europe to seek more manuscripts? Ivan IV died in 1584, and the library seems to have died with him.

It’s hard to know for sure. In 1518, Maximus the Greek went to Russia and met with Ivan III’s son. Their meeting was detailed in a biography of Maximus and noted that he was shown many Greek books — so many that even in Greece, Maximus hadn’t seen their equal.

In 1724, a report by a Russian officer noted the discovery of a room full of trunks in a Kremlin secret passage. When the find was made known to the regent, Sophia, she banned anyone from accessing the rooms.

A German chronicle compiled at the beginning of the 17th century indicates that a pastor, Johann Wettermann, was shown some of the library books in the 1560s or ’70s and asserted that they were of incredible importance. However, what Wettermann saw was never written down by title or reference, so it’s hard to know if he saw anything at all, and the chronicle was written some three decades after the event.

There is also an anonymous source, listing books from an unnamed tsar’s library, discovered by Professor Dabelov at Dorpat (now Tartu in Estonia) University in 1819. That list does include specific titles and authors, among the names people we don’t know anything about — which means first, it’s possible that the tsar did have a library, and second, that it would seriously enrich our knowledge if we found it. It noted 142 volumes of Tits Livius’s History of Rome, while historians are currently familiar with just 35 of them, as well as an unnamed poem by Virgil. But the list discovered by the professor is, well, missing — and could of course have been a forgery, if it ever existed at all.

In the late 19th century, scholars’ work was becoming fraught with the question about the library. Muscovite historian SA Belokurov studied a broad array of sources and considerations to determine whether the library could ever reasonably have existed. He raised serious questions about the validity of the Wetterman tale, and doubted the Dabelov list.

In short, we don’t know if the library was ever real. If it was, the chaotic bloodlust of imperial Russian history should raise futher questions: could a secret horde of defenceless documents survive the sweeping change of a mammoth nation over half a millenium?

Have we looked for it?

Several people have looked for it, some of them for a very long time. In the 1890s, Professor Thraemer from the University of Strasbourg located a manuscript of Homer’s hymns that he believed to be part of the collection, brought to Moscow by Sophia. Thraemer went to Moscow and searched for months in the city’s libraries and archives, in the hopes of finding the lost library or some evidence of it. He eventually decided that it might be beneath the Kremlin. This was supported by an article by Professor Zabelin in 1893, who felt the library existed in a similar place but was likely destroyed.

Belokurov’s work gave little hope that the library was real at all, but the vague notion that it might be beneath the Kremlin still caught attention. The archaeologist Ignatius Stelletksii spent much of his life searching for it, having found maps of the Kremlin from different centuries. He was granted permission to excavate by the Stalinist government in 1929, and though excavations commenced, the outbreak of World War II put paid to it and Stelletskii died in 1949.

In the 1960s, BL Fonkich returned to the work of Belokurov and undertook a systematic study of the Greek manuscripts which are known to have existed in Moscow. He was trying to establish if any of the manuscripts could have been part of the famous library — but he came up with nothing. Further, he questioned the legend that Sophia brought the Byzantine collection with her, noting historical evidence that the collection stayed in Istanbul. Of course, Sophia may have had different manuscripts with her, which came from a different source — but Fonkich concluded that if the library ever did exist, it no longer does, and would have to be well hidden even if it did.

But all the same, we haven’t yet dug up the Kremlim — and of course, without knowing how large the library might be, it’s hard to know where exactly we should look. It’s possible that Ivan IV moved it from Moscow at some point. People have searched in Vologda and at the Alexandrov Kremlin, and nothing has been found.

In my head, a library is a romantic room loaded with shelves under a vast dome of gold, but in reality, hidden collections can be found in musty boxes in someone’s attic, next to some bad taxidermy.

Only one thing is certain: a find like this would be a sure victory for public scholarship and a massive boost to our comprehension of human history. You couldn’t imagine anyone alive who would want to keep it secret — even Stalin was happy to let people have a look. But overall, it requires a leap of faith to believe in it at all.

If we accept that Ivan III could have created the library, major questions remain about the last man who stewarded it before it vanished.

Ivan the Great tripled the size of the Russia he ruled under, arguably commencing the state as we know it today. He saw Moscow as a successor to Rome, renovated the Kremlin and spent much of his time fighting almost anyone he could find. Magnificent and terrifying, I can believe that Ivan III, in his pursuit of empire and expansion, would covet a secret horde of global treasure.

But could Ivan the Terrible have maintained that horde, from which no trace has been discovered? He was known for writing some poetry and pamphlets, but Ivan IV was also a devoted follower of orthodoxy and a virulent despot, violent and oppressive, in a country which was ruled by that same orthodoxy. Could that man have been an intellectual light in the darkness, a hitherto unrewarded Renaissance king?

Only time — and the basements of the Kremlin — might tell.