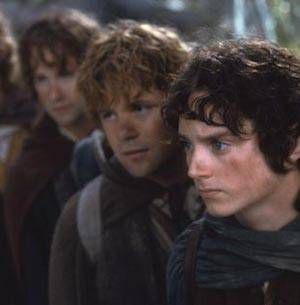 Reality shows are this weird cultural phenomena we’re going to have to explain later in history because they make about as much sense and seem about as entertaining as those really banal game shows from fifty-plus years ago. Also, we’ll have to explain game shows. And probably sitcoms. Basically, TV is going to be a weird topic in a few generations.

The interesting thing about reality TV in theory, though, is the sprawling people-focus of their narratives. They’re telling stories as surely as scripted TV shows, just with less focus and with more attention on people reacting. Unfortunately, they have some built in problems. For one, that word reality in the title. They’re as “real” as Star Trek is a documentary (which means they’re totally real, because Star Trek totally is. You shut up). For another, they’re goddamn boring. People with the intellectual prowess of things growing on damp bread, doing as little as possible with their days, but being filmed while doing it.

What’s a shame is, reality TV is the only area where we aren’t ruthlessly harvesting our plots and ideas from books, and why the hell not? So over the years, I’ve built shows in my head based on books, and now I’ll share a few of ’em with you.

There And Back Again: A Lord of the Rings Show

When you watched the Lord of the Rings movies, or read the books, did you ever stop and wonder how far they were actually traveling? Distance is an interesting thing in fantasy novels, because it seems the majority of time is spent getting from one place to another without a car…but if the places are too far apart, then all the action in your book will happen without your characters. While watching Once Upon A Time (a dorky show I am enamored with- it is tremendous fun), I keep remarking that everything in the Enchanted Forest is roughly half a city-block from everything else.

With The Lord of the Rings, though, we know our exact distances because it’s the nature of The Lord of the Rings to be very precise and hyper-detailed. From The Shire, where Frodo and Sam set out, all the way to Mount Doom, it is 1,779 miles. Moreover, we know the exact breakdown of that mileage. For example, from the Shire to Rivendell is about 500 miles. (Here’s a brilliantly nerdy site breaking all this down to my utter delight.)

“Pete, this is an insane amount of mileage.” True. And if you were to make a show out of this, you would probably change up all of those mileage breakdowns into a smaller number. Long enough to be gruelling, but not so long that you’re watching Week 5: Another Hundred Miles. Will We Ever Get Anywhere? No. The one unfixable problem: height. We can’t make half the cast walk on their knees.

You would follow the narrative structure of The Lord of the Rings, to an extent, because eventually the Fellowship splits up and you’d be left watching the Frodo And Sam Show Featuring That Creepy Bastard Gollum for ages. But at the beginning, you’d follow the four inexperienced people (“Hobbits,”). They travel for awhile, then meet up with someone who has some experience and training (“Aragorn”). Eventually, your Fellowship fills out. People with training in a small handful of skills will join up. (In my delusional cast, the person filling the Gandalf role is given advance knowledge of their routes and regular challenges, but cannot blatantly divulge that information without losing challenge-completing rewards for the whole time).

You not only have regular locations to reach and pause at (Bree, Rivendell, etc), but you also have opposing teams challenging you at certain locations. (Orcs and Uru-Khai. Probably not a Balrog. Look, we’re on a budget.)

I got the idea for following The Lord of the Rings as a travelogue narrative years ago, while living in Nevada, where you have nothing but vast expanses of space and an overwhelming desire to get the hell out even if you have to walk (sorry- it wasn’t a fun part of Nevada). A friend and I began working out the distances, because he owned a lot of Lord of the Rings replica stuff, and I would sit and daydream about it all. I thought it would be very interesting to be kitted out only with what the Fellowship would have had and nothing more, then have to make the journey. Adding in scenes of drama, reality-show style, is an idea that came about far later. How much role-playing is happening here? I’ve never decided that. Will everyone be LARPing, acting like they’re really Hobbits, Elves, Dwarves, etc? That would be fun as hell. But even without that, a group of regular people following this challenge with these limitations would be interesting. It’s not far off from a show like Out of the Wild: The Alaska Experiment, which I enjoyed no end. That said, not being in their Lord of the Rings roles means we’d get episodes like Two Days from Beautiful Ethereal Lothlorien, Cathy Has It Out With That Asshole Gary which kind of takes away from the escapism and fantasy of it all.

Obviously, there are details I’ve yet to work out. For example, how does the Fellowship fight the group playing Orcs, in a scene? Actually slaughtering people with swords and bows seems like a good way to get the police showing up and wanting a word. This seems like a pretty minor obstacle to me. And what do we do with the traditional reality TV drama-inducer, which is “someone wants to leave the show”? What happens when on episode 3, Frodo wants to quit? I don’t know. Build something into the program which means you all have to stick it out. Or replace him with understudy-Frodo, whom the show keeps on the sidelines.

Regardless, I think this would be a fascinating combination travelogue, fantasy show, reality show, wilderness survival special. You could get a pretty good season’s run out of this, at least to the end of The Fellowship of the Ring. I’ll let you know when the networks return my calls.