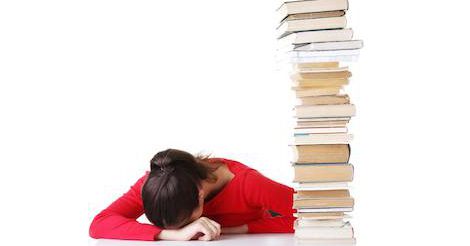 Comps perpetuate the status quo, creating a rigid process of acquisition without much room for individual choice or advocacy. One problem with the PW Salary Survey is the tacit assumption that People = Publications. If there were more people of color working behind the scenes, the thinking goes, then there would be more books by and about people of color published. But this assumption reduces a systemic problem to an individual problem. It assumes that “minority employees,” or, more broadly, “advocates for books involving people of color” might simply choose to acquire, market, and sell more diverse books. And, quite simply, acquisitions don’t work this way. The system, more than any individual, reinforces discrimination.

Comp title data don’t show us the output of this system — they show us the system itself. Comps are the books that most frequently influence editors’ decisions about what to acquire, the books to which new titles are often compared, the books whose effects the industry longs to reproduce. In other words, comps are evidence of what the publishing industry values.

It turns out the industry values whiteness.

That pie chart is depressing.

At church, James was still stuck in a cycle of temptation, transgression, confession, and redemption. He had seen other congregants receive exorcisms, and he decided that he needed one, too. The pastor called a church across town, aiming for discretion. James went there on a Tuesday morning. A man and a woman were waiting for him, in a room that was empty except for a chair and two plastic bags. He sat down and told them about his compulsive use of pornography. He didn’t say anything about being attracted to men. He confessed that he loved but didn’t like his father, who’d had four children with other women and had moved to Antigua, where he became a prosecutor. The woman asked James about his mother, and he started to bawl. He said that he doubted whether the Gospel could help him: he couldn’t accept a faith that preached joy in the morning and bullshit at night, he said. The deliverers recited Bible verses and rejected James’s lies in the name of Jesus. James, traumatized, began to vomit, eventually filling both plastic bags. Finally, he shouted, “I see two men fucking every time I close my eyes to pray.”

If you read one thing this week this piece, Why Marlon James Decided to Write an African “Game of Thrones” is a great choice.

Morris does not linger on her own history, but it’s a remarkable one. She’s a legendary journalist in Britain, where she reported for the Times on the first ascent of Everest in 1953 (she carried a pot of marmalade with her up the mountain). At the time, she was living as James Morris, but in the 1970s, she came out as trans and traveled to Morocco for gender-affirming surgery (illegal in the UK at the time for those who were married). She and her partner Elizabeth at first divorced and then, later, remarried. Elizabeth features briefly in In My Mind’s Eye, although those entries are laced with a touch of sadness, because Elizabeth now has dementia.

I must read Jan Morris’s In My Mind’s Eye immediately!