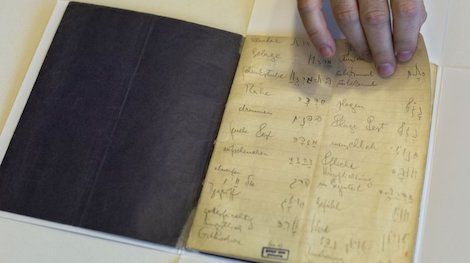 A long-hidden trove of unpublished works by Franz Kafka could soon be revealed following a decade-long battle over his literary estate that has drawn comparisons to some of his surreal tales.

A district court in Zurich upheld Israeli verdicts in the case last week, ruling that several safe deposit boxes in the Swiss city could be opened and their contents shipped to Israel’s National Library.

The first new Brooklyn Public Library branch in more than a generation is going up in DUMBO.

Dubbed the Adams Street Library, the branch was negotiated by Councilmember Stephen Levin as one of several sweeteners in the deal to sell the Brooklyn Heights branch for development. The library is slated to open in 2020.

Library openings are such great news.

BitchReads has been on hiatus, but our list of books that feminists should read is back—in a new format. Instead of publishing a monthly list, we are running a quarterly list broken up by genre; there will be a nonfiction list, a fiction list, and a poetry list. Spring is the perfect time to shake things up, not only with BitchReads but in our own lives. This list should encourage readers to pick up books that they would’ve never picked up before. Donate books to libraries and consignment shops. Clean off your bookshelves to make space for new reads. That’s what the renewal of spring is all about.

So many books just went onto my TBR.