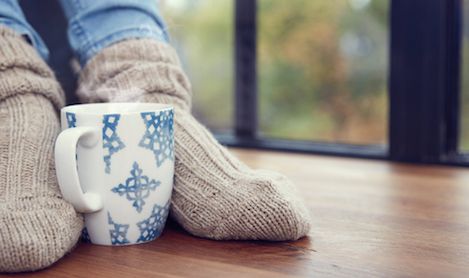 At work this week, my colleague and I were delighted to learn that both of our favourite thing about the holidays is the opportunity to sit at home and dive head first into some epic reading.

As most of my reading takes place on the train, I can find it hard to read print comics, especially the longer form ones that I love to immerse myself in. They’re just so heavy and my back is starting to protest at carrying around so much stuff. So this week I went to the library and have chosen some new-to-me comics to be engrossed by next week.

If you’re like me and you want to enjoy some longer comics while you have some time off this year, then why not try one of the ones below. I can promise they will go down a treat with a leftovers sandwich and a seasonally appropriate beverage. 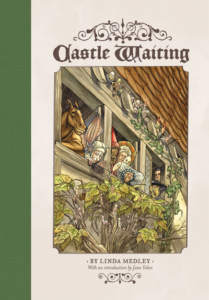 I love, love, love this series by Linda Medley. A series of stories inspired more or less by classic fairy tales, this is a beautiful, modern, and feminist comic that never fails to enchant me. I love meeting the eccentric inhabitants of this castle and reading about the events of their lives that led them to this point in time. A beautifully drawn and produced comic for savouring. 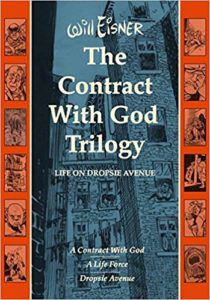 The Contract with God Trilogy by Will Eisner

A classic comic by the man who is said to have invented the modern graphic novel (they’re all comics to me). If you haven’t already met the inhabitants of Dropsie Avenue, this is the perfect choice for a holiday snuggled in your armchair. You’ll recognise so many points of inspiration for today’s comics and meet a whole host of classic characters. 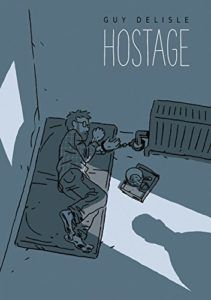 This isn’t an easy read, but it is certainly one that would benefit from hours of uninterrupted reading time. Delisle is best known for his travelogues, such as Pyongyang or Jerusalem, but his most recent book tells the story of the kidnapped Medecins sans Frontieres employee, Christophe André, who was taken hostage in Chechnya in 1997. Delisle uses the space of the page and the form of comics to perfectly render André’s experiences, this is a comic that rewards the reader not only in its storytelling but also in the use of the form. 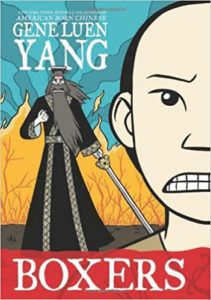 Like my colleague Eric Smith, I’m bundling these two together because when you’ve read the first you won’t want to waste any time reading the next. Boxers and Saints tells two parallel stories of the Boxer Rebellion. The former book is told from the perspective of Bao, a boy who joins the rebellion following the effects of Western missionaries on his village. In Saints we see the events of the rebellion from the perspective of a girl from the same village who goes to live with these missionaries. I realized how ignorant I am about this period in history when I read these comics and I can’t wait to learn more about it. 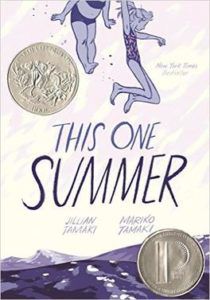 This One Summer by Mariko Tamaki & Jillian Tamaki

Who wouldn’t want to spend a cold winter day reading the beautiful work of Mariko and Jillian Tamaki? This beautiful coming of age story stayed with me long after I read it and I think that it would be the ideal choice for the days after the festivities, when summer seems a long, long way away.