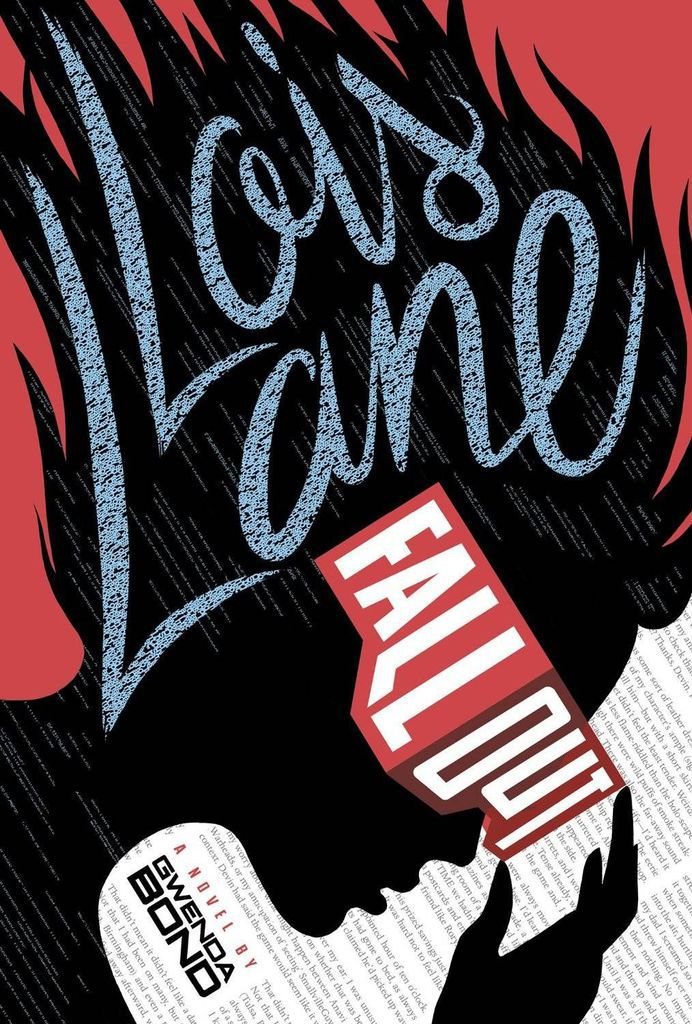 Lois Lane has been a comic book favorite since her introduction nearly eight decades ago. Growing up, I knew her best when she was portrayed by Dana Delaney in the DCAU and Teri Hatcher in Lois and Clark, but the comics themselves have tons of great stories highlighting what makes Lois the pop culture and feminist icon she is. Unfortunately, the comics haven’t given her a spotlight since the New 52 started, essentially sidelined and written out of Clark’s life except to occasionally pop in and be completely out of character.

But finally, fans of Lois Lane have a story to sink their teeth into. It’s not a comic … it’s Lois Lane: Fallout, the new young adult novel by Gwenda Bond and published by Switch Press.

Sixteen year old army brat Lois Lane is used to getting into trouble. Until now, her family has moved around enough that the trouble doesn’t stick for too long. But with her family planning to stay in Metropolis for good, Lois realizes that she’s going to have to start this new school off on the right note. Somehow that doesn’t go to plan when she starts to uncover a mystery involving a creepy group of bullies, an immersive game system and the school administration. On the bright side, she also managed to get hired by Perry White for the Daily Planet’s teen magazine. And she has the help of her online friend, a boy she only knows as SmallvilleGuy (take two guesses who that could be).

One of my early thoughts about the novel was how surprised I was that Lois is given the idea of being a reporter by Perry instead of thinking of it earlier than her teens. Journalism is such a huge part of Lois’ character that it seemed odd that this wasn’t part of her dreams when she was little. But what works about this is that nearly everything about being a reporter is what Lois has already been doing. Trouble is a theme woven into this novel. She admits to the readers early on that she has a penchant for putting her nose where people say it doesn’t belong but where she thinks something needs to be done. She’s willing to get dirty and get to the bottom of things. That’s why she walks into East Metropolis High School with a giant permanent record and a reputation for going against the grain (the details of which you can learn in Bond’s two prequel short stories released by the publisher). So when Perry pops the idea of a journalism career into her head, Lois’ reaction is basically, “That would be a way to legitimize the trouble I’m already getting into.”

Here’s the key about this book — Bond writes Lois Lane expertly. Yes, Lois is younger here and her inexperience leads to some complications her older self would probably have known to avoid. There is also a good amount of Nancy Drew comparisons simply because this is the plucky teen investigator genre. Still, you can see the iconic female character that we know and love in this novel. She’s stubborn and clever and knows a story when she sees one. She also knows how to read people, what buttons to push to get the info she needs out of them. She’s good at getting in and out of scrapes. I don’t think Lois actually picks locks in the story but you get the sense she knows how. Early in the book, Lois’ Army General dad allows her to take her new job at The Daily Planet because it “might keep you out of trouble.” And that’s when I put the book down and laughed to high heaven because oh General Lane, you have no idea. No idea.

More than anything though, Lois has a clear sense of right and wrong and wants to protect good people from being hurt or exploited. She starts off the book standing up for a classmate and that motivation stays throughout the story. As I said, she already has a reputation for “making trouble” for jerks well before she even thinks about becoming a reporter. For Lois Lane, getting the scoop is secondary to getting the truth and using it to right wrongs. She is also a highly empathetic person and know when and how to say things that put the people she’s trying to help at ease.

–If you’re a Lois Lane fan, you’re going to love this book. You’re also really going to love this book if you’re a fan of Lois and Clark because hoo boy, is there some great Lois and Clark interaction in this thing. Yes, surprise, Clark Kent is Lois’ mysterious SmallvilleGuy. While her new friends at school help her with a lot of her investigation, it’s SmallvilleGuy who knows her best and supports her in any way he can (even if he wishes he could reveal who he really is). Our young Clark is also clearly smitten with her and Lois is constantly wishing that she could know who “SmallvilleGuy” really is because she thinks he’s pretty amazing, too. Their relationship, with all the awkward, blushing, adorable “wait, are we just friends?” elements of teen romance stories, manages to still highlight all the ways their pairing works as adults. I mean it, Clois shippers — read this book.

As far as the other particulars, the mystery comes together at a decent pace and the introduced supporting characters (including her fellow staff members of the Daily Planet’s teen blog) had me interested in where the story could go in potential sequels, but the real reason I kept glued to the story was Lois. I forgot how much I missed Lois getting to be a hero in her own right, her own way. This book brings Lois Lane back to form.

I want Lois Lane fans to read this book. I want young women to read this book and become Lois Lane fans. But just as much, I want DC Comics to write Lois Lane spectacularly in their current comics again so that when the new fans start looking for actual comic featuring her, they have brand new ones to buy along with Lois in the old continuity. This book (and any sequels I certainly hope Fallout gets) can be a bridge to the comic book community for the many young women who feel at home with YA prose. Let’s see that happen.