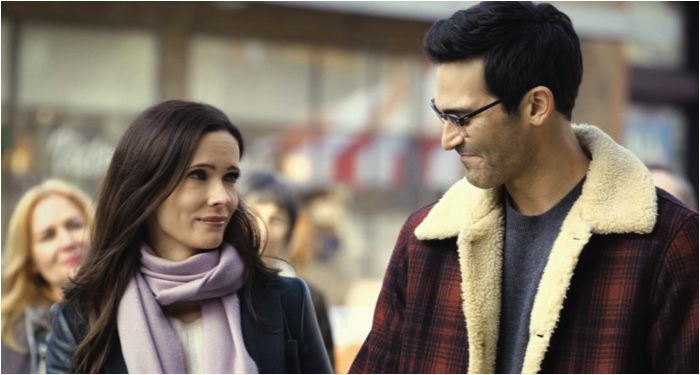 I’m what you might call a multi-shipper. This is particularly common in non-book related media — particularly because I read a lot of romance novels and there’s usually only one couple or grouping to root for. But usually, when watching a movie or television show or play or listening to a radio drama or anything else, if there is a hint of chemistry between a pair or group of people, my mind starts to wander. If I see a ship I never even considered being presented through story or art, I might get right on that wagon. If I revisit something after a long time away and see something I never thought about, I go searching for stories to see if I was the only one. If I’m reading variations on a story, whether it’s fan fiction or a reimagined classic or a new comics telling, I’ll go for anything, usually.

But not Clark and Lois, Lois and Clark. They, over the course of 30 years (or maybe more) have been my One True Pair, the two you better offer me together or at least as an endgame, otherwise I will not accept your idea, no thank you.

I didn’t grow up reading comics; not unless you count the “illustrated classics” someone in my family kept giving me — Treasure Island, Swiss Family Robinson, all the adventures. But that doesn’t mean I didn’t grow up on a healthy dose of superheroes and their friends, and Superman was a big part of my youth.

Between the Christopher Reeve Superman movies, Lois & Clark on CBS, and the Animated Superman television show and movies — I still occasionally hear the voice of animated Martha Kent saying “[…] like that nut in Gotham City” in an episode lost to time — there was a lot of good old CK in my life, and Lois was always there in some capacity, being her awesome self and working her way through being heavily gaslit by the person she would eventually come to love most ardently. When I sat down to watch Smallville in its entirety a good 15 years after the first episode first aired, I couldn’t latch onto Clark’s relationship with Lana at all, but was wildly excited to see Lois show up, first in occasional appearances and then finally — finally — as a real love interest and co-conspirator. James Marsden? Please go away. Hell, even Henry Cavill and Amy Adams filled that hole where I needed it, even though that particular Superman story didn’t click with me the way its much brighter and friendlier predecessors did. And this year’s Superman and Lois, with the pair as absolutely delightful parents, who trust each other and work together when they need to in order to save the day and keep their family together…they are just wonderful.

(I will admit straight out that Tyler Hoechlin is my favorite Clark Kent. Reeve set the bar incredibly high for that perfect Superman/Clark combination — have you watched the scene where he switches from Clark to Kal El and essentially becomes a completely different person?!?!? — but Hoechlin as Clark, with that dorky smile and sad eyebrows — all of that stupid face, being hopeful and happy and Dad-like — is just…perfect Clark.)

I also read a lot of fan fiction.

And as I mentioned before, when I open a story, anything goes when it comes to pairings. (Okay, it took me a long time to let Lizzie and Darcy, my first OTP, fall in love with anyone else.)

But at some point someone recommended a Bruce/Clark fic to me that I started and just…couldn’t do it. Not because I can’t see Clark and Bruce together in some universes, but because I truly, truly, cannot see Clark without Lois. Sure, I’d totally read Lois and Bruce as friendly metamours or even watch the pair welcome Bruce into their relationship — granted he goes to therapy (if you know any of these, send them my way). But either a world where they’re not together or a world where Lois Lane — undoubtedly one of my favorite characters in the whole damn DC universe — doesn’t exist?

Not for me at all.

There is something particular about Lois Lane that just works so well as a partner to Clark Kent, and vice versa. Seeing either of them with someone else hurts my heart, unless I know they’re endgame for each other (like in Smallville). Their core characters have been molded into something deep and meaningful over nearly a century, and their inherent goodness — no matter what way they might work around it sometimes — is something that some people find annoying. But since I love them both, they are the true Ship of Ships. They’ve been through a lot and there is certainly something to say about both of them deserving better in some stories, but you can’t bring me down, Darkcore White Man With A Vision, I know who my favorites are.

I don’t read the comics currently because I could hardly keep up with New 52 and am vaguely afraid to wander into this new reset, especially considering the number of times Lois Lane has died (and I think she might be dead in this particular continuity? I could be behind on my iterations), but I do have some favorites! Superman comics were some of the first comics I was drawn to when I started steadily reading comics in my early twenties, and I’ve also come across some books (okay, one particular series) that have just reinforced my adoration for the character that is Lois Lane. Here are my favorite stories about Clark Kent and Lois Lane, whether Superman exists there or not. 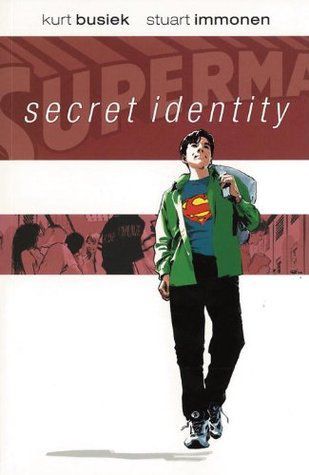 There’s a guy named Clark Kent who lives in Kansas, and boy does everyone have a joke to tell. This is a world in which Superman is a fictional character, and this particular Clark Kent sure wishes everyone else would stop it. But then he might actually start developing super powers? And what about when his friends really want him to meet someone with a similarly annoying name? 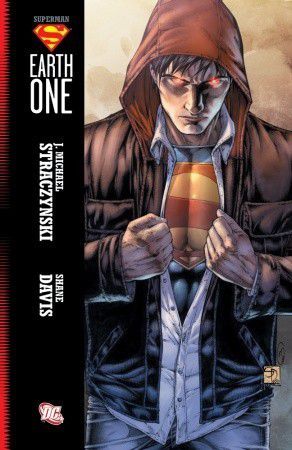 I’m not sure why I liked this series, just that I did. I had a lot of Feelings reading what was supposed to be a particularly off-putting version of a Superman story, according to most readers I know. I even noted in a review of Volume 2 that I didn’t particularly like Lois as she was depicted here, but I got around it, I think. 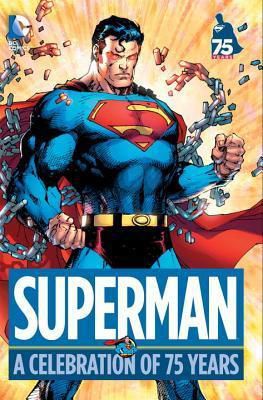 This is a big collection spanning a long period of time, but I enjoyed it mostly for the ability to read Superman’s earliest appearances, as well as those of Clark Kent and Lois Lane. I love that in the ‘40s, Lois starts out not too keen on Clark — there’s one story I remember reading where she’s like “Golly gee, what a wuss” and it made me giggle because I am still a child. It’s also fun to read this particular compendium because it works as a study in the evolution of comics (and an unfortunate trek into their journey into The Darkness as we moved into the ’80s and beyond), but also the evolution of the will they-won’t they relationship between Lois and Clark across three quarters of a century. 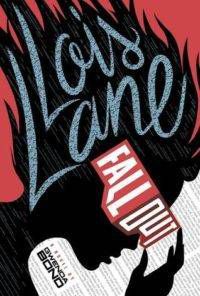 When I read this book, it was the YA novel to end all YA novels. Gwenda Bond’s Lois Lane is the quintessential representation of the character I’ve come to love over all these years, even as a teenager, and her relationship with SmallvilleGuy, even over the internet, is just the perfect little treat to enjoy on top of the pudding that is Lois Lane. There’s something about Lois being the center of her own story, even if SmallvilleGuy has an essential role in its climax. Especially this Lois: a rule disregarding, ballsy truth seeker who will stand up for anyone who needs it. She can be a little obtuse, and her feelings can get hurt pretty easily when she opens up to it. But no matter what, she is the hero of her own story.

I know you’ve noticed something about these books: They’re all written by white people and three of them were written primarily by men. I know comics is getting better about both hiring and writing diversely, but when it comes to these particular stories, there has been a lot of conversation about who writes them and what stories they can write. Sometimes, POC have been able to illustrate an issue or two, as in the case with Superman: American Alien. And Gene Luen Yang and Greg Pak have both written Clark Kent Superman Stories — Superman Smashes the Klan is a middle grade graphic novel and Pak wrote New 52 Superman for several years — but so much more often, if there is a Superman story to tell that centers a POC, it must be a new character, a new world, a new universe. Hopefully, we’ll see that change. But probably not anytime soon.