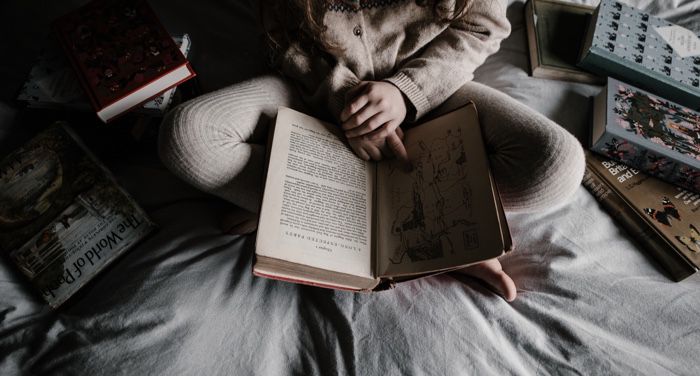 Have you ever considered what lies beneath the vitriolic fury within the parents screaming at the school board meetings in favor of banning children’s and YA books? The entitlement and the unquestioning authority these parents believe is theirs is always an ugly public spectacle in unchecked ignorance.

What makes these parents determined to ban books—books that they have never read, nor do they intend to read—and demand that their narrow and intolerant views must always be publicly acquiesced to when making school policy?

There is no logic or reason motivating these book-banning parents. Their quest for “inappropriate books” to censor stems from the fears shared by parents everywhere: the fear of losing control over one’s children. Not being able to supervise their children’s reading translates to the parent’s realization that their children may read something the parent never wants their child exposed to. The fear and anxiety of some parents are clear: they never want their child to adopt any alternative lifestyle or stray from the strict societal norms.

Sexual content, especially gay sexual content, is often the reason given for censorship. The YA novel by Emily Danforth, The Miseducation of Cameron Post, was taken off the state of Delaware’s Summer Reading List a few years ago. One parent had complained that the book was “a roadmap to teenage sexuality.”

Other given reasons for book censorship include objections to a  book’s content that may be a possible “challenge to authority” and “religious irreverence.” Tim O’Brien’s The Things They Carried, a recognized modern classic studied at high schools everywhere across the country, is a book that conveys the horrors and the beauty of the Vietnam War. It is also a book consistently scrutinized for its possible “challenge to authority.”

Despite the best intentions of the parent book patrol to shield their children from life’s unpleasant situations, they are actually marginalizing their offspring and making them ill-equipped to manage today’s realities. There are many, many families experiencing addiction and the brutal blowback of racist policies.

The Outsiders by S.E. Hinton is a frequently challenged book with characters regarded as “teen rebels” and has been a book often cited for making middle schoolers into lifelong readers. The reasoning behind such longevity for this title are the relatable characters who journey through various aspects of grief, bullying, and class and race issues.

Kate Messner wrote a YA novel, The Seventh Wish, whose protagonist has a sibling with an addiction problem. Messner received enormous hostility from some people regarding her topic, with one school librarian telling her in an email: “For now, I just need the 10- and 11-year-olds’ biggest worry to be about friendships, summer camps, and maybe their first pimple or two.”

Messner responded to her critics that her book had a necessary and neglected story to tell—a story reflective of the realities innumerable families face with addiction.  “There is a broader obligation that parents, teachers, writers and publishers all share,” Messner wrote on her blog. “We don’t serve only our children, we serve children in the real world.”

Children’s Book Scholar Leonard S. Marcus has spoken at length regarding censorship and children’s and YA books. Marcus has concluded that the “calls for censorship are frequently attempts to quell the tide of social change and can be traced to ideologies on the right.”

However, the personal discomfort and fears that drive some parents to challenge books equates to the erasure of entire groups of people and their stories. Book banning has become a force among publishers and librarians; too often, publishers and writers self-censor themselves since their topic may motivate an outcry among the censoring parent patrol. Book banning has, unfortunately, become a featured sport of the culture wars: 52 percent of the books challenged within the last decade have featured so-called “diverse content.”

For anyone who respects the First Amendment and the free exchange of ideas, book banning is an exercise in repression and ignorance. Removing controversial content does nothing but have the young reader want to read the book that has been banned from them. Too often, these banned book titles are the exact books young people need to read: banned books are effective in helping children develop their own values and moral convictions.