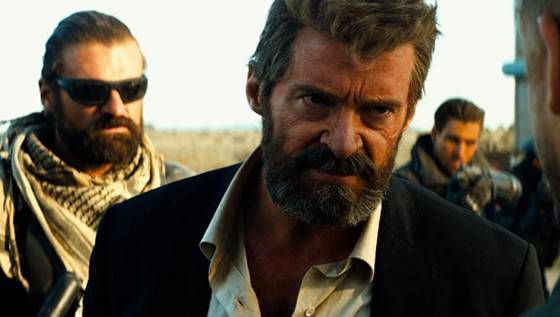 Have you watched the newly released trailer for Logan, the final Wolverine movie, and Hugh Jackman’s final portrayal of Wolverine on the big screen?

Now, having watched that, you may think “Oh, that’s not for me,” or “Oh, that looks like a cool film.” But a few of you might be feeling a swirl of emotions like me—a simultaneous “I can’t wait for that movie” and “I never want to see that movie.” Because as long as I don’t see it, there’s still something left for me.

I have a long, if not very unique, relationship with Wolverine. I watched him in X-Men cartoons when I was growing up, my favorite character (of course), but it wasn’t until Hugh Jackman’s portrayal of him in the first X-Men movie that I realized how complex and interesting he actually is. And I became attached. Not just to the character of Wolverine, but to Hugh Jackman’s portrayal of him.

To put it succinctly? Hugh Jackman’s Wolverine is what got me interested in reading comics.

And now we’re at the end. Jackman has said publicly (and very often) that this is the last time he’ll be playing Wolverine. The trailer shows him as a broken man, with reduced (or completely nonexistent) healing powers. The mutants are gone (WHAT is going on there? Is it the same reason that they’re gone in Old Man Logan, which this movie is loosely based on?) What’s going on with Professor X?

What we do know is that Xavier finds Logan and convinces him to find Laura, X-23, who shares Logan’s powers, and protect her. It looks amazing.

I understand Wolverine fatigue. Truly, I do. Even putting aside comics, he’s been at the center of every X-Men movie he’s been in, often to the disservice of other characters (especially female characters). But it doesn’t change the fact that I love the character, and I’m terrified of this movie.

I don’t think it’s too far of a leap to assume that Logan is going to die at the end of this movie. It makes sense. The franchise needs a new Wolverine.

But I don’t. This movie will destroy me. But of course, I’ll see it anyways.