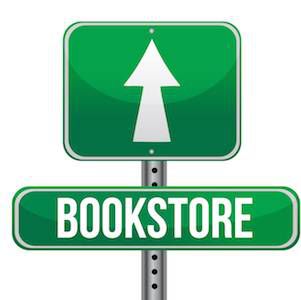 Last week, I went on a trip to Toronto to see a friend. When we were hashing out details for how to spend our time together, she asked if there was anything specific I wanted to do.

I mentioned I’d like to go to a bookstore.

We hit up two in the downtown area, both Chapters. The first we went to at John and Richmond is slated to close at the end of the month, and nearly all of the books were on markdown. The first floor was empty of shelves and instead, full of boxes of books to sift through. Fortunately, we found the third floor of the store to still have a nice selection of books to peruse on shelf.

The second store we went to was the Chapters at Eaton Centre, a store with a particularly impressive selection of Young Adult titles. Between the two stores, we spent nearly three hours browsing. Books were purchased at each location.

While it may seem strange to desire spending time at a chain bookstore while on a trip, for me, getting to a brick and mortar bookstore is a rare opportunity. I live in a book desert. My town of roughly 10,000 people is fairly rural, and while we’re a half-hour’s drive from two 40,000+ towns, neither of those towns has a thriving local independent bookstore. I moved here from Austin, Texas, where I had the privilege of going to Book People any time I wanted to.

The nearest Barnes & Noble is an hour drive each way from where I live, and it is one of the most underwhelming Barnes & Noble stores I’ve been to. It’s great if you want a copy of John Grisham or John Green’s books. It’s less great if you want just about anything else. I can pick up those same books at my in-town big box retailer, which serves as our local bookstore. It, along with the Goodwill, are the only places in town to buy books.

Only one of those stores sells new books.

While I was out of town, the news of the recent business issues between Amazon and Hachette popped up. Amazon’s move has involved removing pre-order options for forthcoming titles, and it’s holding back on sending titles for weeks to those eager to have them. This is a shitty set-up on all sides: it sucks for readers who can’t get these books now through Amazon, and it sucks for authors facing a stop sign at a major avenue for book sales. By no means does Amazon’s halting of sales mean these books are impossible to get. It just means Amazon is not the place to make your pre-orders or the place to make your purchases if you want these books as soon as possible.

As this story has spread and word has gotten out, I have read so many pleas on social media that in order to be a good consumer — in order to “do the right thing” — you should get out to your local indies and pre-order or purchase these books. You want to make change happen? Then get yourself to the store and show your commitment with your dollars. You are how change happens. Show up to the store and prove you mean what you say.

It’s a great and noble plea, but it comes from a very privileged place.

My town used to have a used bookstore in our small downtown. It was one of the things I loved about this place: a cozy building with a gorgeous tin ceiling, books packing the place from wall to wall, and a pair of friendly cats who loved to be carried around by customers.

It didn’t carry a lot of things I wanted, almost no YA books or children’s books, and it had very little fiction, but I always tried to buy something. I went one afternoon with a friend a couple years ago because we both have a love for vintage cookbooks, and we were eager to spend a few hours flipping through the store’s collection. We settled in, pulling out some real gems, perusing them, sorting them into “to buy” and “to reshelve” piles.

My friend and I put all of the books back and left the store. It was clear we — “young people” — weren’t welcomed there.

The store is gone now. There’s a thriving gun shop that just opened up in the empty building next door.

Bookstores are a privilege. They’re not accessible to everyone, and when they are accessible, they’re not always worth it. Why would I or anyone else want to spend time in a shop where my presence isn’t welcomed?

I would love to spend more time in stores, browsing shelves, picking up unexpected titles, spending money where my money might make a difference.

And while I have the ability to travel and go to bookstores when I travel, and while I have the ability to get in my car and drive to a decent indie that appreciates all readers, I have those abilities because I’m privileged enough to have an income that supports having a vehicle, the time in which to make these trips, and purchases of books for pleasure reading. I’m an exception.

It’s upsetting and frustrating to see people regularly talk about the importance of buying your books in a bookstore. What about young readers — perhaps teenagers who don’t have expendable incomes — who simply do not have the means of transporting themselves to a store? You aren’t better than me or any other reader who doesn’t have that kind of access because you went into a store to do your shopping.

It’s equally as upsetting to see people disparage those readers who spend their hard-earned cash at online outlets — Amazon, especially — to buy books. Even though you’re buying books, you face judgment for having made your purchase through Amazon. It doesn’t matter your reason.

Readers without access and readers who prefer the ease and flexibility of shopping through Amazon or through any other online retailer are not the enemy. I absolutely support and actively purchase my books through a variety of online retailers. I don’t remain exclusive to Amazon and advocate all readers diversify their online purchasing by also buying from Barnes & Noble, IndieBound, Chapters, Books A Million, and so on and so forth.

However, you’re not a better person because you can do all your purchasing at your local store.