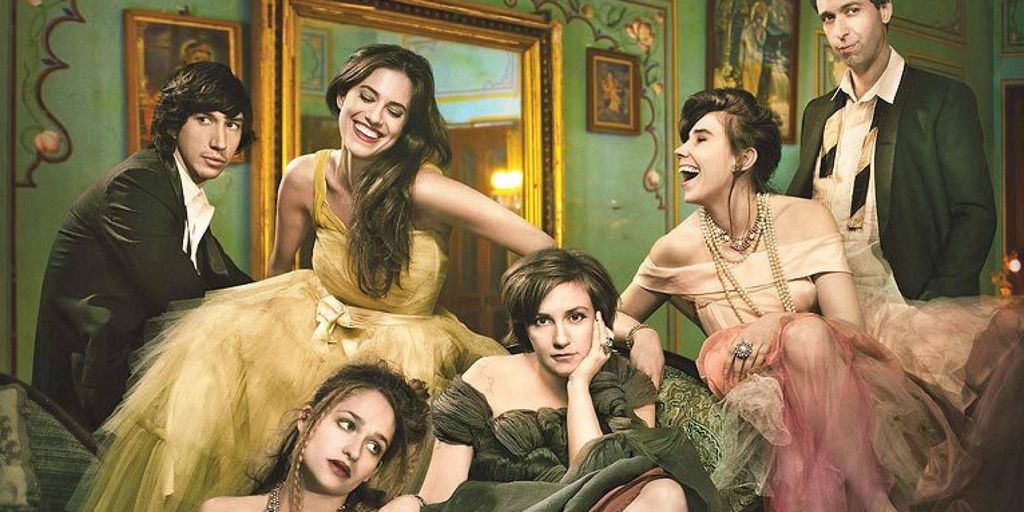 Recently, Vulture published a piece entitled “How Girls is Like Little Women” by Chiara Atik (whose play Women spoofs Girls using Louisa May Alcott’s characters). Some fair comparisons are made: Hannah Horvath and Jo March are both against-the-grain girls who don’t meet their society’s expectations regarding “How a Young Woman Should Behave and Other Sundry Bullshit.” Marnie Michaelson and Meg March are indeed both type-A and perfection-obsessed. Jessa Johansson and Amy March are both so pretty and so selfish, and if Hannah had written a regular book instead of an ebook, you bet your britches Jessa would have found some way to throw the hard copy (and only copy) into the fireplace (or perhaps off the Brooklyn Bridge? Or into that Staten Island landfill?). The comparison that is a true stretch is that of the last of the girls, Shoshanna Shapiro to Beth March. Beth is the sweetest little mouse, and Shosh is silly robot from a moon of Jupiter.

Still, in terms of types, there are similarities. But that’s not what we’re talking about today. Vulture covered the samesies pretty well. What we’re talking about today is how the 19th century novel and 21st century cable half-hour differ. And it’s not just, “Oh, one thing was written in 18-something-whatever and the other thing was written now.” No, these works are two radically different ways of exploring the difficulties of being a young woman in close relationships with other young women and how those young women deal with those difficulties while growing into themselves. And in that respect, Girls and Little Women aren’t similar at all.

We could put both works through their paces, examining each plot point, character, line of dialogue, theme, etc. And to be fair, we can’t put Girls through all its paces, as it is just a few episodes into its third season, and right now looks like it’s going to run for several more seasons. It’s impossible to fully judge a work of art before it is completed. So, that said, let’s look at the key difference between the novel Little Women and the first two and change seasons of Girls.

Little Women is the story of four girls who, through personal setbacks and mistakes made within their relationships with the other girls in the group, learn, grow, and become women. (Except for Beth, of course. Alas, alack, poor Beth!)

Girls is the story of four girls who, through personal setbacks and mistakes made within their relationships with the other girls in the group, either remain the same and stagnate or regress ten giant steps backwards OR OR OR–and this is a writing feat I still can’t quite grasp–regress and stagnate at the exact same time.

I’m not a Girls hater. Far from it. I find the series equal parts flawed and fascinating. But to put Little Women and Girls in the same category, to say that one is an update of the other, is to miss the point of Little Women altogether. What I love so much about that novel is that these very different young women hurt each other and forgive each other and they are instrumental in each other’s growth and change. It’s by no means frivolous nothings they are forgiving (Amy burns the ONLY copy of Jo’s book! Jo almost lets Amy drown while she’s ice skating!). Over the course of the first two seasons of Girls, the four protagonists have not learned, grown, or changed from their relationships with each other. If anything, they are MUCH more affected by their relationships with men (Hannah with Adam, Shoshanna with Ray, Marnie with Charlie, Jessa through her ill-advised marriage to her now ex-husband). And this season, the girls have had largely little interaction with one another (Jessa spent a few episodes holed up in rehab, Hannah’s tied up with her boyfriend and e-book, Marnie’s primary relationship is with an embarrassing YouTube that was made of her, in last week’s episodes, one of Shoshanna’s only lines was about her bandana collection). The series seems determined to revel in these young women’s inability to grow and change. Which is a bold storytelling move. But it’s NOT Little Women, a story that was all about girls growing and changing and going from being little women to, you know, regular women.

In the Vulture piece, the writer points out that Jo and Hannah both chop off their hair. Which is true. But the thing is, Jo chops off her hair to fund her mom (Marmie!)’s trip to the CIVIL WAR HOSPITAL to visit MARMIE’S SICK AS HECK HUSBAND/JO’S DAD! Hannah chops off her hair because she’s… avoiding a writing deadline. Haircuts don’t get much different than that.

Fans of Little Women and/or Girls out there? How do you think the two works resemble each other (or, you know, DON’T)?