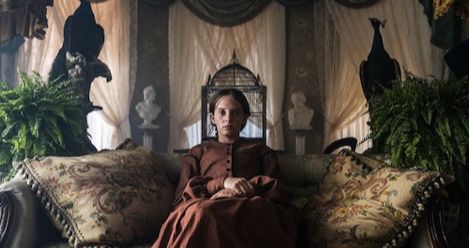 Little Women is a feminist novel—right? Before this week, I thought the answer to this question was an obvious yes. But an essay at Vulture has made me rethink one of my favorite classic novels. 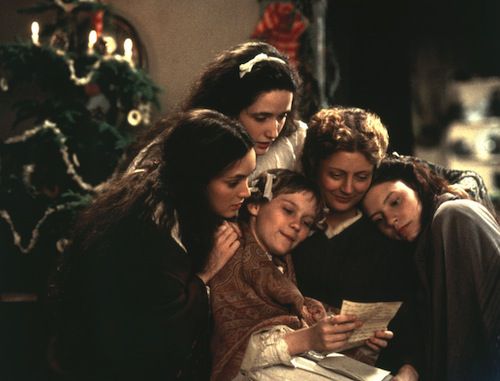 Little Women was published in 1868. It quickly became a huge success, and readers clamoured for a sequel. Alcott hadn’t even wanted to write the book in the first place. Her true literary tastes were more akin to Jo’s passion for scandalous sensation fiction, like her novel A Long Fatal Love Chase, which wasn’t published until long after her death. Alcott had been pressured by her publisher to write something about girls, though, so she based the characters on her sisters and wrote the novel in just ten weeks.

This was only half of the book we know today as Little Women, which originally ended with Meg engaged but her three sisters still unmarried (and poor Beth still alive). The second half was published separately in 1869 as Good Wives. It’s this half of the book that Hillary Kelly, writing for Vulture, calls “dismal.” Beth dies and her surviving sisters are all married, their childhood dreams to become an artist (Amy) and a writer (Jo) and rich (oh, Meg) all but forgotten. In most modern editions, these two halves are yoked together to make one novel (except in the UK, where the books are still published separately).

I present this publication history because the fact that this was once two books had a definite impact on how the sisters’ stories would end. Before the sequel was published, Alcott wrote in her journal, “Girls write to ask who the little women marry, as if that was the only aim and end of a woman’s life.” She goes on to write that she refuses to marry Jo off to Laurie just to please readers. This perversity is apparently what led her to marry Jo to an older German academic named Professor Bhaer, a marriage which has long divided the Little Women fan community.

I don’t find Professor Bhaer all that strange a choice—in fact, he might even be the more feminist choice for Jo. Let’s face it, there was no way the sequel was going to end with Jo unmarried. Despite Alcott’s desire to leave her heroine unwed and independent, that’s simply not how popular 19th-century novels end. Heroines in 19th-century novels get married because the marriage plot was one of the most important driving influences in 19th-century literature. Many female authors worked within this plot structure to criticize the system, but in novels by authors from Austen to Wharton, female characters who remain unmarried work as governesses or subsist on the charitable handouts of wealthy friends and family. Alcott didn’t get married herself, but she knew what her readers expected. 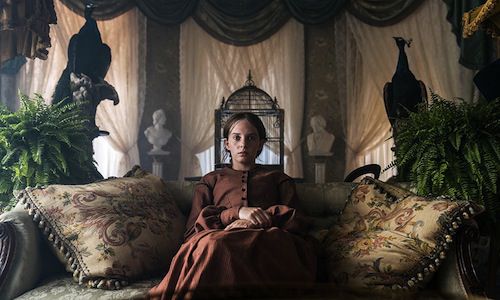 But while those readers were begging for Jo to marry Laurie, a wealthy, young, attractive, conventional hero, Alcott went in an totally unexpected direction: an older German professor with no money. The mere fact that Bhaer isn’t a traditional 19th-century romantic hero shows that Jo can still be unconventional even when she’s doing the conventional thing and getting married.

Professor Bhaer is the first man to really take Jo’s writing seriously—and he demands that she take it seriously, too. You can tell that something in Jo thrills to be thought of as a real writer first and foremost, not as someone’s sister or daughter or niece, or the doer of unpleasant household chores. Even though we modern-day readers bristle when Professor Bhaer demeans Jo’s commercial, sensationalized writing and gently scolds her into focusing on more wholesome fare, it’s historically accurate. That’s what literary culture was like in the 19th century.

Like Alcott before she wrote Little Women, Jo is writing in the tradition of sensation fiction, a genre popular in the 1860s and 70s that drew on the Gothic and Romantic literary traditions. What is sensation fiction? You know it when you read it. It strains belief by using high-stakes twists and dramatic plot elements—forgery, adultery, murder, seduction, disguise and mistaken identity—to evoke heightened sensations in its reader.

Sensation fiction was a, well, sensation, especially in Britain, but there are many sensation novels by female writers that never achieved literary acclaim or respect. Authors like Mary Elizabeth Braddon and Ellen Wood aren’t household names today. Even the most famous man to write sensation novels, Wilkie Collins, is much less famous than his friend and counterpart Charles Dickens (whose novels have some elements of sensation fiction, yet are taken very seriously).

Is it surprising, given this context, that an older male German professor would tell Jo she isn’t taking her writing seriously, if she’s writing about pirates and kidnapping? No. It’s definitely disappointing, even enraging.

But given what we know about Alcott’s feelings about marriage—for both herself and her characters—and the literary context, I read Jo’s marriage to Professor Bhaer as a feminist commentary on the choices available to women at that time. To be taken seriously as a writer—something she desperately wants—Jo is forced to face the sexist literary standards of her day. And as a character in a 19th-century novel, Jo is basically doomed to head to the altar, but Alcott makes her choice as subversive as she can.

There are many other 19th-century novels where women make disappointing (by modern standards) marriages. There’s the title character in Charlotte Bronte’s Shirley, Maggie in The Mill on the Floss, and Dorothea in Middlemarch. And perhaps the most famous of them all: Pride and Prejudice’s Charlotte Lucas, who marries the odious Mr. Collins. 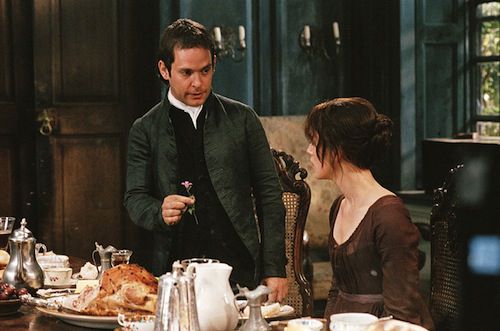 Mr. Collins (Tom Hollander) proposes to Elizabeth (Keira Knightley) before he moves on to Charlotte. Image from the 2005 adaptation of Pride and Prejudice from IMDb.

I agree that these marriages are disappointing. Yes, it’s terrible that Meg March ends up basically chained to her stove trying to feed an unsupportive husband. It’s sad that Jo feels she has to choose family over literary ambitions (although her ambitions come back in Alcott’s sequels, Little Men and Jo’s Boys). It’s tragic that an intelligent character like Charlotte ends up with a total buffoon.

But these beloved female characters are making the best of their incredibly limited options. For Charlotte, marriage is a form of independence, in a way—a chance to manage her own household and stop being a burden on her parents. I think it’s reductive to read books like these and conclude that the mere fact that they got married means we have nothing more to learn from these characters. In fact, we can learn that it was pretty terrible to be a woman in the 19th century, even if—as Jo does—you end up with a kind man you love.

Kelly writes, “It feels good to nestle deep in the bosom of the March sisters’ beloved Marmee, the most hardworking woman in literature. But is comfort what we need right now? Young girls drawn within the confines of the male-dominated hierarchy? I don’t know about you, but I need more fire than that.”

The past few weeks have shown that many young girls are unfortunately still trapped within the confines of a male-dominated hierarchy. We have more choices than Jo, but that doesn’t mean we aren’t part of a stupidly sexist world. Why can’t we find both comfort and fire in Little Women?

Sometimes, we get a window into what Alcott might have thought and felt herself. “I’ve been angry almost every day of my life,” Marmee says. That anger (fire, if you like) is present in Little Women, lurking underneath the knitting and kittens and cozy family singalongs. Anger at Jo having to get married at all. Anger for women like Beth, who have no real place outside marriage and motherhood, who die from the world’s neglect. Anger that Mr. March is away doing what he feels is right but neglecting his own family (as Alcott’s own father apparently did).

Little Women argues that women’s lives are worthy of examination. Women’s stories deserve to be heard. Even when beloved female characters make disappointing choices, writing and sharing their stories is a feminist act.