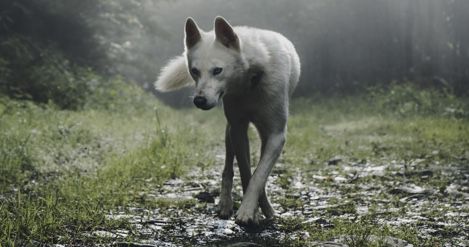 Sponsored by the audiobook edition of Saving Meghan by D. J. Palmer

A school in Catalonia has withdrawn from its library 200 classic children’s books such as Sleeping Beauty and Little Red Riding Hood because of their depiction of sexist stereotypes.

After analyzing the contents of its library for children up to the age of six, the management of Taber School in Barcelona found that around a third of its stories were “toxic,” and that only one-tenth of the books were written from a gender perspective.

Anna Tutzó, who was on the commission that looked at the books, said gender bias also pervades fairytales and the change of gender roles in society “is not being reflected in stories.”

I can never unsee that photo Newsweek selected for this article.

In the U.S., at least, studies show that only 11% of the stories in history textbooks are about women. Is this because 50% of the population only contributed to 11% percent of the country’s events? No, even the kids know—like the kids in the video above from a new app called Lessons in Herstory—history mostly features men because “a lot of it was written by men and was mostly all about men.”
Lessons in Herstory, built by an organization called Daughters of the Evolution, takes a unique approach. Instead of supplanting textbooks, it adds to them in an augmented reality smartphone app (currently designed for ios devices) students can point at pictures of historical dudes to pull up stories about a notable women from the same time.

Still a limited app but the idea is fantastic and super depressing that in 2019 is needed.

In the battle to be the billionaire streaming service shrouded in the most secrecy, Disney+ (pronounced “Disney plus”) is a bit more forthcoming than its competitors over at Apple, given that, well, the House of Mouse is actually giving us information about what to expect when it launches on November 12 of this year, which you can read all about here. But if you don’t care about the intricacies behind your future #content and just want to learn about the programming, Vulture will be keeping a running tab on all of the shows in development … which just may end up being 20 percent Star Wars related.

Bookmarking this list of all the shows Disney+ has in development.