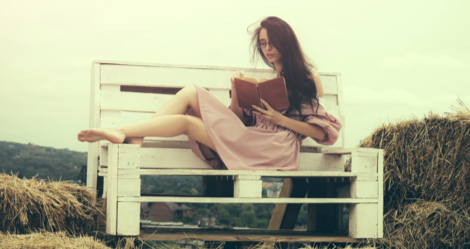 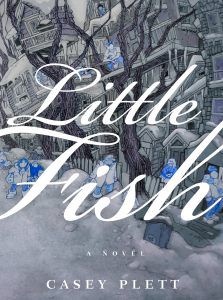 Years ago when I was in a writers’ group, a woman read a story of mine that was a trans literature sci-fi piece, and said that the universal theme was outsiders finding one another. Coming away from my first reading of Casey Plett’s debut novel Little Fish, I think about this concept, and how complicated, fraught, redemptive, and multi-faceted it can be.

The book takes place in the winter after the main character, Wendy, learns that her beloved and long-deceased grandfather might have also been transgender. Though the novel follows the tension that arises from Wendy’s wonder over the subject and her hesitation to learn more about her grandfather’s truth, much of the action of the novel is her day-to-day experience as a transgender woman. Drinking with her friends. Doing sex work as her retail job slowly folds. Surviving the suicide of trans friends. Navigating her imperfect relationship with her dad. Wendy navigates them with emotional complexity and thought, a fully fleshed out trans woman in words—a concept that perhaps only began being a reality in literature a few years ago. Wendy succeeds and screws up and starts over endlessly, a privilege that has been reserved in the world of words for everyone but transgender women, it sometimes seems. This complexity in many ways goes beyond what was started by Imogene Binnie’s landmark trans novel Nevada, in that it shows the trans literature movement not only complicating itself, but also growing up.

Though the climax of the novel comes from the meeting of the woman who holds the key to Wendy’s grandfather’s past, the woman’s own secrets, and her judgments, the true emotional core seems to lie in a relationship that Wendy forms with a visiting trans woman, Aileen. Though Wendy identifies as straight, she has sex with Aileen, and finds an incredible comfort in the body, affection, and expectations of another trans woman. Outsiders finding one another, finding comfort, finding acceptance. And if this emotional centerpiece ended there, the novel would have been hopeful—but the complexity of Plett’s characters do not allow this. After several more meetings, Wendy gets drunk and begs Aileen to punch her, tells her repeatedly she wants to die even though this thought has not occurred to her in her rational state, antagonizes Aileen. Aileen leaves, presumably back to her home far away, and the interaction ends there. Part of the growing-up of the trans novel is the acceptance of how broken the community which it exists for can be, and how our hurt often spills out to hurt those who hold us closest and make us feel most accepted.

Near the end of the novel, Wendy muses that her life at 30 is much like her life at 19 had been—the endless youth of a demographic that often doesn’t live much longer than the narrator’s age, who has until recently been cut off from many of the experiences that quantify adulthood for the straight and cis world. She also muses that she doesn’t feel cheated, that she doesn’t feel scared that her life is likely half (or more than half) over. Wendy continues on, a character that is decidedly undynamic, but also the furthest thing from flat.

Casey Plett’s trans literature debut novel is a powerhouse, a novel that grips and releases expertly, that goes into microcosm of thought and flows out towards bigger pictures without ever letting the reader see the seams that hold them all together. A must-read for anyone who wishes to understand the growth (and the growing pains) of trans literature.