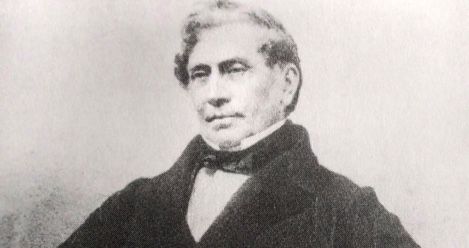 A few days ago, it was announced on Publisher’s Marketplace (and by the author on Twitter) that Judy Clain at Little, Brown, has bought a novel on pre-empt. Which means that Clain found the project so exciting that she wanted to snap it up before anyone else could. The novel, by E.J. Levy, has a title of The Cape Doctor. Here’s the description from Publisher’s Marketplace:

The book is described as: “about the true story of Dr. James Miranda Barry (1795–1865), a flamboyant, brilliant, nineteenth-century physician who rose to prominence in South Africa, eventually achieving the rank of Inspector General of military hospitals, where he was accused of a scandalous ‘homosexual’ romance with Lord Charles Somerset, only to be discovered on his deathbed to have been a woman all along.”

There are three main categories of why this is so incredibly upsetting:

1. Dr. James Barry was a historical figure who always wrote of himself as male, and whose wishes to be buried with his body unexamined were violated.

His story is too deep and fascinating to really try to summarize here. I recommend to you this blog post if you wish to read more.

His dying wish was that the evidence be destroyed so no one would be able to interpret it, leaving his life as a man to stand as the historical record.

Your work disrespects him, his life, his legacy, and his wishes.

We know how Dr. Barry wrote of himself, how he interacted with the world, what he wished upon his death. Dr. Barry’s case is perhaps one of the most unambiguous we can point to in finding trans stories before the 20th century, and to have that attacked is hurtful, infuriating, and frankly exhausting.

Erasing trans people from history is an act of violence against our community. You deny our existence in the past and call our modern day existence a “passing fad”

And frankly, we do not have that many trans ancestors we feel we can point to in our history without caveats.

I know some cis lesbians get upset about identifying historical figures as trans men, and although I disagree with it, I get it- we don’t have much written history to celebrate, given how invisible we’ve had to be, so when we “lose” someone it’s a strange feeling.

But trans people also don’t have many “ancestors” in recorded history to remember, and Barry was very definitely one of them. So give it a rest. It’s often difficult to say definitively, because they weren’t using the same words and concepts. But this one’s easy.

2. The description of the book relies on damaging, anti-trans tropes that endanger trans people every day as they continue to be propagated.

There’s the “unsettling gender reveal” trope, which is used to paint trans people as liars and deceivers. It furthers the obsession with what we keep stashed in our slacks as opposed to our actual lives. It’s the foundation of the “trans panic” defense that gets trotted out when trans people are attacked or murdered.

It bothers me that I keep seeing posts about James Barry talking about his “secret.” As far as I can tell, he was quite open about his gender: he was openly a man, that was not in any way a secret. The physical configuration of his body was not a “secret,” it was _private_.

The book description also belittles our relationships and how we identify our sexuality.

A trans man in a relationship with a man is not SCARE QUOTES “homosexual” wink wink nudge nudge.

Fuck all the way off with that bullshit I am so angry.https://t.co/1kcXZkkpOB

3. The response of the author to criticism from the trans community has been dismissive at best and anti-trans at worst.

No author likes being yelled at on Twitter. But when what you’re doing is actively hurting a marginalized community and furthering cultural tropes that place us at risk, maybe you ought to listen and not dismiss trans people as trolls.

Ah yes, the ol’ “tell a marginalized group to make their own thing, when we have been doing just that and no one with a large distributive platform is willing to buy it from us because it’s not a narrative that caters to the white/cis/straight culture” with a side of “but it’s just fiction!” and accusations of laziness.

It’s fair to argue that we don’t know how Dr. Barry would identify, if he walked today. It’s even more fair to say that using “we can’t know for certain” has long served only to erase queer history and is actively used as a shield by those who deny our historical and modern existence. Though perhaps the best answer to the “it’s open to interpretation” argument was penned by Hamish Copley, in a blog post he wrote in 2007:

“Also telling is that of the four possibilities of Barry’s secret – that he was a woman, that he was intersexed, trans, or a homosexual, cisgendered male – the least-queer possibility is the one that seems to have carried the day and won out in popular opinion.”

(I also encourage you to read Zabé Ellor’s tweet thread for some excellent commentary about the whole “Barry opposed policing of gender” thing.)

Bodies are not, in fact, open to interpretation by the viewer, and to imply so is a direct slap to the face of every trans person who struggles for the right to define him or her or themself against the “interpretation” of everyone else who thinks they know our gender better than we do.

The above tweet from EJ Levy is what tore it for me, personally—and I want to be clear here that I am now speaking very much of my own feelings on this. Levy has constantly dismissed and belittled the feelings of trans people as this controversy has unfolded, and here, she positions us as “facile” in our understanding of gender, while at the same time insistently clinging to the gender someone was assigned at birth. It’s maddening. And it’s incredibly, bleedingly hurtful.

Literally, “will I be aggressively misgendered after my death” is a fear shared by many trans people. Because we have watched it happen to people like us, to our friends, to our family. Misgendered by news, by hearsay, by people who want a *shocking* story, by bigoted relatives.

To be a trans person right now is to be constantly under threat of betrayal. Our pronouns are questioned, mocked, and ignored. We get constantly told that we don’t exist, that we are imagining things, that our gender is the effect of societal ills like misogyny warping our minds instead of a deeper understanding of ourselves. We face the constant specter that as we are misgendered in life, where we can at least fight against it, so will we be in death, by both the cruel and the well-meaning…as is currently being done to Dr. Barry, when he cannot speak for himself and the protests of others are ignored. And that this is coming from a cis woman who identifies as queer is the specter of another kind of constant betrayal. The LGBTQ community isn’t one solid, rainbow wall. There have been plenty of instances where cis queers have shown they’re more than willing to stop fighting once their rights are protected, even if that means their trans sibs are left behind—and some have even actively campaigned to “drop the T” because I suppose we are no longer needed to secure their rights.

This novel is one more betrayal, one more act of erasure. That it comes from a self-described “lgbtq activist” is just another quarter turn of the knife.

We do not need to re-prosecute the fact that art is important, and fiction is important, and representation is important, that the ability of people to tell their own stories is important. This, right here, only highlights these facts. The question is what Little, Brown will do—if anything. I hope you’ll forgive me for not holding my breath in hope that any of the trans men I saw mention on Twitter that they would love to write a book about Dr. Barry will be given even a passing thought by a large publisher.

No you don’t. You’ve misgendered him right here in your tweet. And using the battlecry of “fiction” as permission to rewrite someone’s own stated wishes is wrong and ugly. We won’t be carrying this book. https://t.co/3iVCRlNAkV

But I will end on something positive. It’s not just trans people shouting into the void about this, and the support is heartening. And in the wake of this absolute fail by Little, Brown, writers who are trans men deserve to be seen and supported—and they write some massively good stuff. Writer Corey Alexander has started a great thread on Twitter of books written by trans men, which will be ongoing. They also curate a great list of reviews of trans/non-binary books that are written by trans/non-binary reviewers.

Here are the first five books from Corey’s Twitter thread, just to get you started:

Read the rest of Corey’s thread. You won’t regret it.