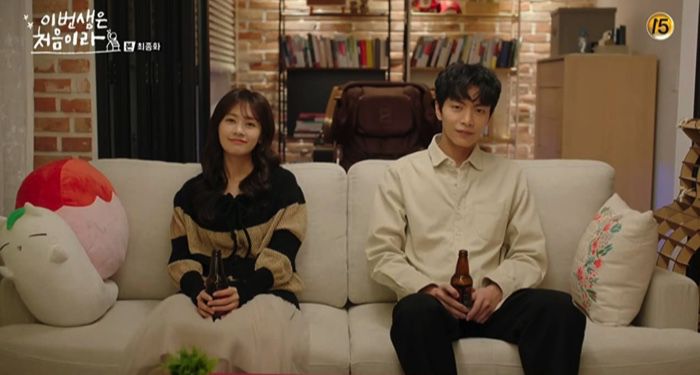 We have all found some kind of reprieve and solace in the offerings of Netflix of late. For me, one form that has taken is foreign dramas, including Korean dramas. Yes, I have watched Crash Landing On You (possibly multiple times, but who’s counting at this point?), along with many others. But one of the first that I watched, and that my mind repeatedly goes back to, is Because This Is My First Life. The story—of two people who decide to “get married” (for show) in order to live together in a socially acceptable way because it serves a purpose for each of them—sounds cliche. You know at the onset they will inevitably fall for each other and complications will arise. But the simple setup belies a critical examination of sexism, classism, and emotional traumas, and the true unexpected pleasure was discovering that this series is built upon literature.

Books are the narrative backbone of the drama, and not simply because the young woman, Yoon Ji-ho, is a struggling writer. Ji-ho looks to books as companions, as supportive as her closest friends are. The words that come to life in her, the words that narrate the whole series and welcome us into the folds of her heart and mind, are born from the books she’s read and the ideas they cultivate in her. When she moves in with Nam Se-hee—first because she thought she was moving in with a girl, and finally out of pure desperation from having nowhere else to go—it gives her the opportunity to reflect on the nature of existence, love, and loneliness. But it takes the viewer some time to realize that different works of literature have guided those thoughts.

Many of the books and passages referenced are obviously in Korean, without English translations. But I was able to find and read two of the works. I can honestly say that visiting these two literary works transformed my already deep feelings for the series into a heartbreaking understanding. 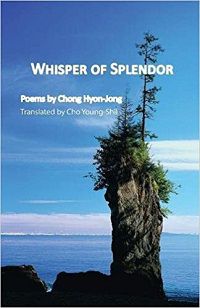 Whisper of Splendor, “A Visitor,” By Chong Hyon-Jong

The collection referred to in the drama where this poem is found, Island, hasn’t been translated into English. But the poem is included in the translated collection Whisper of Splendor. All of Chong’s poetry rings with hypnotic admiration for the relationship between nature and humanity. But “A Visitor” stands out because it makes you reevaluate every interaction you have with people. “To have a visitor / is indeed a matter of gravity. / For he / brings with him his past / present / plus / his future.” This poem is one Se-hee actually goes to, to remind himself of his past mistakes, and likely as a shield from making anymore emotional connections. Ji-ho stumbles onto the poem, which is how we learn the first main theme of the series: even the simplest interactions can bring the monumental change, if we allow our heart to be hospitable to that. 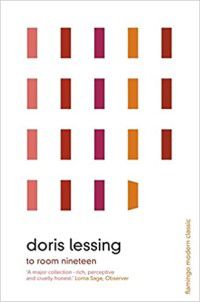 For the last third of the series, it becomes obvious that this story is the backbone of the narrative. It took me some time to get a hold of this short story, which I found in a collection of Lessing’s works also titled To Room Nineteen. The short story tells of a couple who get married because it is the logical step, who go through all the motions with perfect accuracy, until the woman’s career is sidelined because of her societal demands (as wife, mother, homemaker). For some time, she finds secret repose in a dingy hotel, in room 19, to just exist as herself, without any outside presence imposing duty, role, or demand on her. I think this story would resonate with anyone in a long-established relationship, hitting home in one way or another.

Reading this story helped me understand Ji-ho so much more. Her ideas of love, relationships, her ability to subvert the norm and walk away from what everyone expects is the right decision, and find a way to redefine her work, her profession, and her love life—it’s not all just a generational difference or a way to make her stand out. Ji-ho is actively motivated by this story, which she rereads often, not to succumb to the logical choices. She is empowered by this tale to find a way into Se-hee’s room 19, which she perceives as his heart. It’s this room that figuratively takes shape for Ji-ho when she moves in with Se-Hee.

It’s no coincidence that they even discuss this story when he’s entered her room for the first time. The symbolic act of allowing him in, letting him discover the deeper sides of herself, is much more powerful after you’ve read this story. The fact that she doesn’t tell him how the story ends (you can probably guess, and it’s fairly obvious from the beginning) reflects that she wants to rewrite the story on her own terms. They themselves have entered into an intellectual, “logical” marriage, in order to abide by the same kinds of societal expectations, but Ji-ho is adamant in her belief that honest access to each other’s “room” is the answer to making love work, not filling roles dutifully.

In the meantime though, she has to be seen as “a crazy bitch [rather] than a pathetic wench,” in the words of her friend Su-Ji, describing why the wife never tells her husband the truth about her hotel room. Ji-ho has no problem being the crazy one, considering her sojourn in the night that brings her to Se-hee’s doorstep and catalyzes their eventual marriage-on-paper.

But what’s crazier than taking the ultimate gamble on love, and walking away when everything seems to be fitting correctly? Reading “To Room Nineteen” explains Ji-ho so perfectly, it should be required reading alongside watching the show.

The most valuable takeaway from watching Because This Is My First Life has of course been the discovery of these two literary works, and the writers behind them. Chong’s poetry has been a salve in particular, during the uncertain times we’ve been thrust into of late. And Lessing’s stories are revelatory, able to lift the veil off of truths we sometimes refuse to acknowledge (like the spaces we need or the spaces we create, in opposition to the restraints and misguided directions of society). If you’re looking for a ruminative escape, you would do well to watch Because This Is My First Life and read these works right after.